Journalist 'Covering the Movements that are Changing America' speaks at D.C. Church 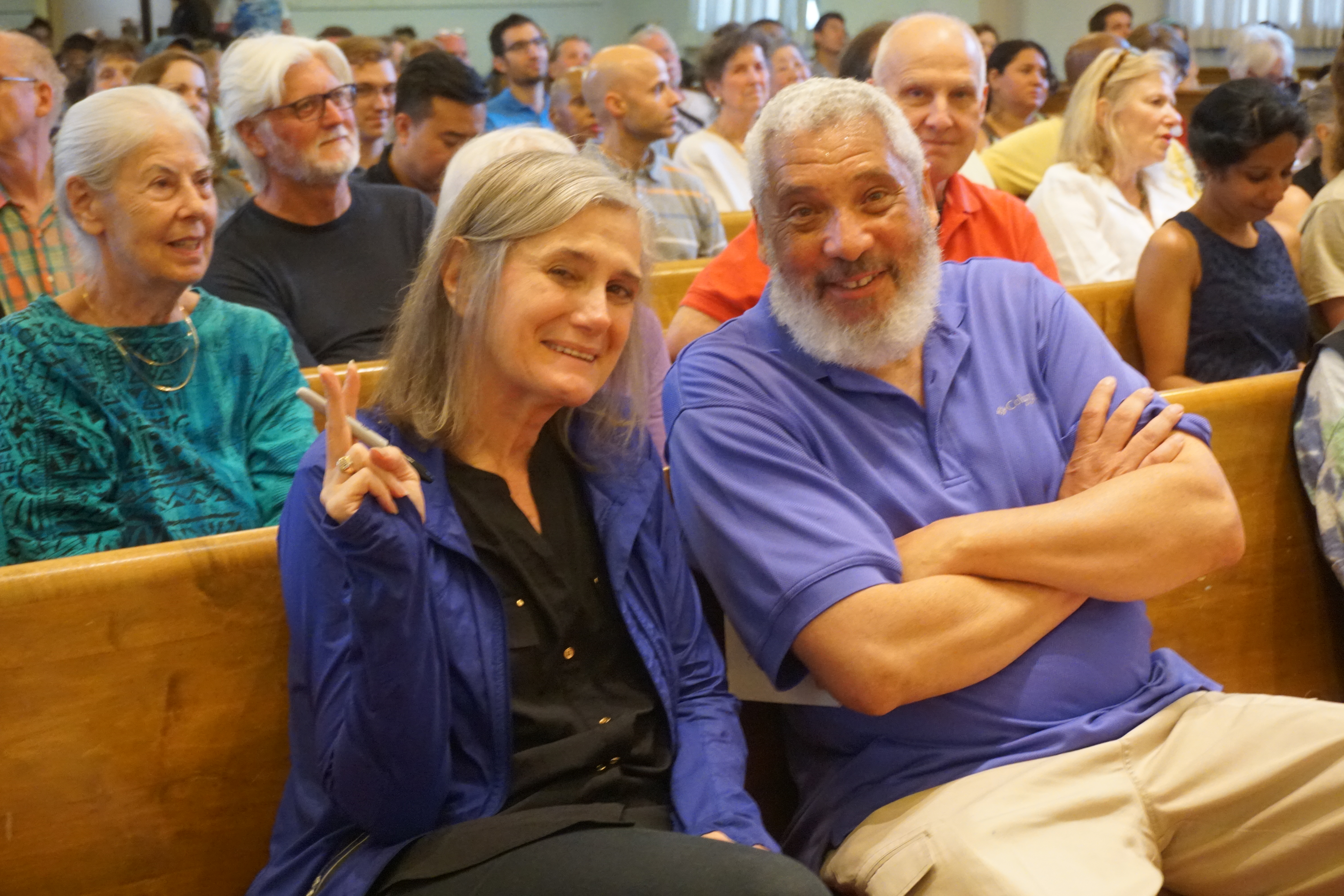 To become an agent for change, join the resistance. Not a new concept to United Church of Christ congregations, but one that fueled a thought-provoking dialogue with an award-winning journalist in Washington D.C.

Plymouth Congregational United Church of Christ hosted Democracy Now!'s Amy Goodman in just a few hours following the People's Climate March, which drew 200,000  to the streets from the U.S. Capitol to the White House. Of Goodman's appearance at the church in Northwest Washington, D.C., the Rev. Art Brown, adjunct minister representing Plymouth's Board of Social Action (BoSA) said, "This is how Plymouth is contributing to the movement, educating the general public about climate change issues."

Goodman, part of the Democracy Now! team that spent several hours broadcasting live from the front of the March at Sixth and Pennsylvania Ave. on April 29, had a lot to say about climate change and other issues and movements that are changing America—an uprising of people working to change their world.

The stop in D.C. is part of Democracy Now!'s fifty-city national tour—covering the moments changing America and documenting them.

Goodman talked about covering Climate Summits, saying "The voices of people impacted by climate change need to be heard." Goodman also talked about other voices that need to be heard. The voices of the men on death row in Arkansas, executed before the state's lethal drugs expired, the voice of Jeanette Vizguerra, an undocumented immigrant who has lived in this country for 20 years and is now in sanctuary in a Denver church, and the voices of the Native American people of Standing Rock, trying to stop a fracked oil pipeline from polluting the water of millions of Americans.

On President Trump's 100th day in office, Goodman said, "As they talk about his first 100 days in office they must also acknowledge the growing resistance we have seen in the first 100 days. From the first protest the day after the election led by women to the protests around the country when 'Muslim Ban One' came down."

She also talked about the importance of independent media "shining the spotlight in the right direction" as the Standing Rock Sioux Tribe has done, pointing out the financial institutions invested in fossil fuels.

"Independent media allows people to speak for themselves," Goodman said. "When you hear someone speaking from their own experiences, you are less likely to want to wipe them out. That understanding is the beginning of peace."

"Amy helped connect the dots around what we are doing," said the Rev. Graylan Hagler, senior pastor of Plymouth Congregational. "We need to be vigilant about shining the light, about lifting up our resistance and allowing the truth to be heard. When we see, we march like we march today."