Installation service envisioned as family event for denomination and Dorhauer 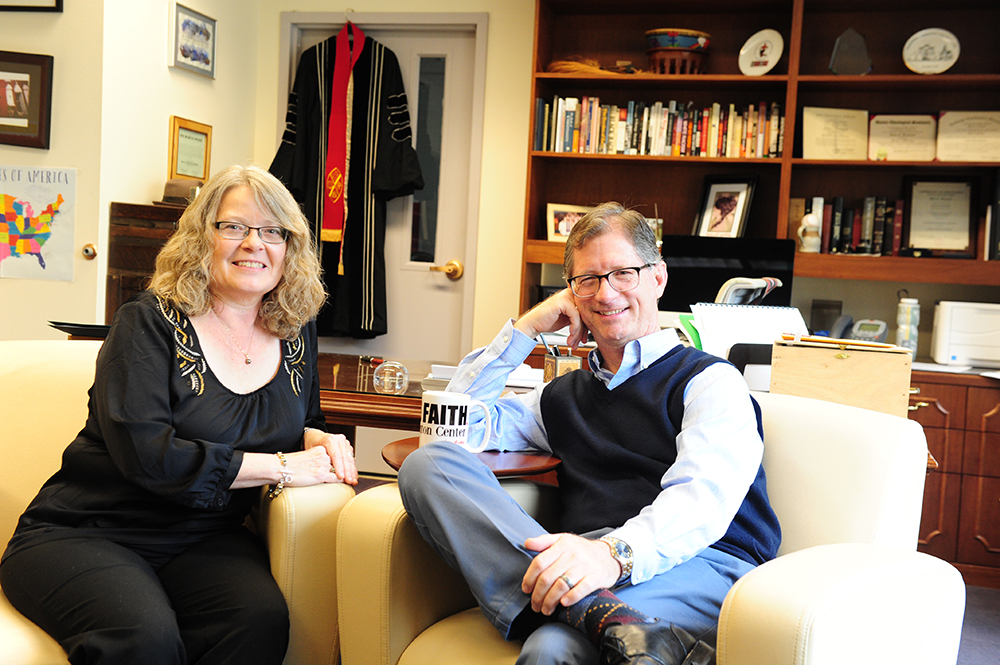 The three-city April installation service for the Rev. John Dorhauer as the ninth general minister and president of the United Church of Christ will be a family gathering — not just the family that makes up the wider church, but also members of the Dorhauer family, who will have a role in celebrating this new moment for the future and mission of the denomination.

"I want my family to see me the way the Church does. I'm not just the brother with whom my siblings fought and wrestled, or the son who got grounded for disobedience. I am someone to whom the wider church has entrusted a great deal of responsibility," Dorhauer said.

Dorhauer's wife Mimi, brothers Jeff and Jay, children Molly, John Jacob and Adam, and friend John Eisenhauer will introduce or perform a musical offering in New York, Chicago and Seattle — the three cities where the services will take place on April 15, 16 and 17. Everyone in the wider church is welcome to attend any of the three events or watch the proceedings online.

"For me, this bringing together of family of origin and family of faith is a way of expressing something I feel at a deeply intuitive level: both of these places and all of these people have had a hand in shaping my identity and my ministry," Dorhauer added. "Having them together in this moment just feels right to me."

The three worship services are being planned and envisioned as part of a single "progressive installation," with each event meant to complement and build on the others. The Riverside Church in New York City, Trinity United Church of Christ on Chicago's South Side, and Plymouth Church United Church of Christ in downtown Seattle are the host congregations:

"I have a daughter (Molly) who is a brain injury survivor. Her story is one of great courage and determination. She sings like an angel, and it was obvious asking her to do a song for me at one of the services. My son (John Jacob) is a composer. He has arranged a jazz piece based on my favorite hymn, "Be Thou My Vision," which I am asking him to perform at the Chicago service. It will not only mean a great deal to me to have them do this. They will be filled with pride to have been asked, and to offer their gifts in that service. They will long remember what they were asked to do. My third child, Adam, is a musician in his own right and will accompany his sister on the piece they do in New York."

The installation will include a trio of UCC pastors and leaders who have been invited to offer three brief "vision statements" at each worship location. The vision statements will describe what a renewed and vital mission for the United Church of Christ looks like. Additionally, the services will welcome ecumenical and interfaith guests from communion churches — including the Rev. Sharon Watkins, general minister and president of the Christian Church (Disciples of Christ) — and other Protestant denominations in the United States.

All three services also feature specially commissioned music by Mark A. Miller, the minister of music at Christ Church (a UCC and American Baptist Church) in Summit, N.J.

"I want the music to be sung lustily. All of the music carries with it lyrics written just for the occasion," Miller said. "[The piece titled] ‘Still Speaking' is contemporary and should be done with drums and a bass player. ‘Bread for the People of God' is a slow and swung Gospel hymn. ‘A Future With Hope' engages a more mystical side of congregational singing."

The Rev. Sue Blain, UCC curator for worship and liturgical arts and part of the installation service planning team, said that Miller "has worked closely with me to ensure his music reflects and furthers the theological intent of the actions taking place in the pulpit."

All three services will be streamed live on www.ucc.org. UCC conferences are already planning how they will participate in the events.