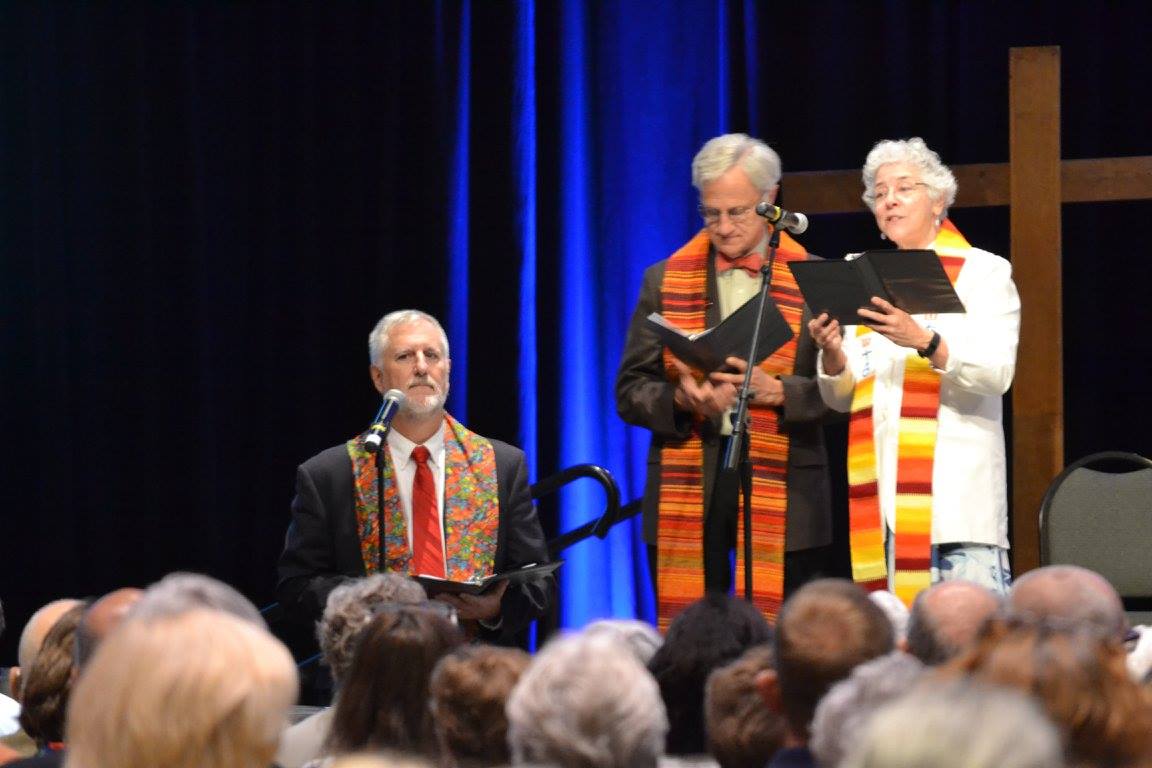 The Connecticut, Massachusetts and Rhode Island Conferences of the United Church of Christ voted decisively on Saturday to move ahead toward forming a new combined Conference, so that they may have a stronger voice speaking for justice and may more effectively carry out mission and ministry together.

The June 17 votes, taken at the first-ever joint annual meeting of the three bodies in Hartford, Conn., mean that Conference leaders will now develop a formal proposal for a new Conference, comprising of 625 churches in southern New England, which will be brought before a second joint Annual Meeting a year from now in Springfield, Mass.

"I am proud of you," United Church of Christ General Minister and President the Rev. John Dorhauer told those gathered following the votes. "Your yes today matters, and your yes today casts a vision for the future that was not otherwise available to you. And, my covenant promise to you is that the entire denomination will walk side-by-side with you on whatever journey unfolds." 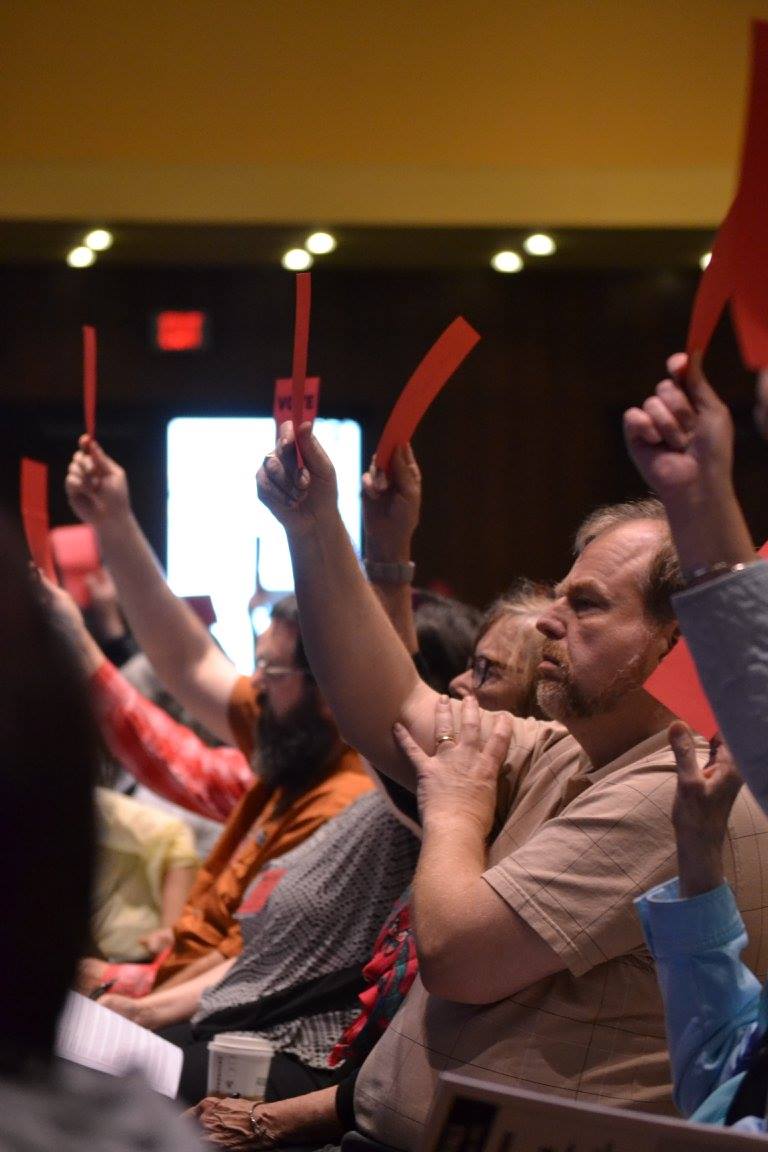 The votes were taken at separate, simultaneous Conference plenary sessions on Saturday afternoon at the Connecticut Convention Center in Hartford. More than 1,000 people - lay and clergy from the three Conferences - gathered for the two-day meeting, with most of their time spent together in worship, joint plenary, hearings and shared meals. The Massachusetts and Connecticut votes were nearly unanimous; Rhode Island delegates approved the measure by a wide margin.

"I believe that the impact of the United Church of Christ in Southern New England was enhanced today by the affirmative votes of our three conferences," said the Rev. Barbara Libby, interim conference minister of the Rhode Island Conference. "Now that we know, we can move ahead to put flesh on the bones of this imagined new conference. What a unique and awesome opportunity we have as we move into the future together."

In the months, weeks and hours leading to the vote, Board members and the three Conference ministers shared their vision for a new organization that can make a greater impact on local churches, their communities, and the world.

"As some of our churches approach their 400th anniversary, the United Church of Christ is doing a new thing," said Massachusetts Conference Minister and President the Rev.Jim Antal following the meeting. "We are discovering unity without uniformity while we celebrate diversity without division.  Today we affirmed the ties that bind. In the coming year, we will explore the power and possibility of a collective voice and vision."

Dorhauer told delegates earlier in the day that the entire denomination was watching with interest to see what would happen in southern New England. If delegates in 2018 approve the new Conference proposal, it will then be presented to General Synod, the national gathering of the UCC, in 2019.

After the vote, several staff and board members said much work lies ahead in working out what the new Conference would look like.

"Let us together, as one, respond with the Gospel of Jesus Christ to face the challenges that lie ahead," said Connecticut conference minister the Rev. Kent Siladi. "Come, Holy Spirit, come."

Tiffany Vail is the Associate Conference Minister for Communications in Connecticut, Massachusetts and Rhode Island.