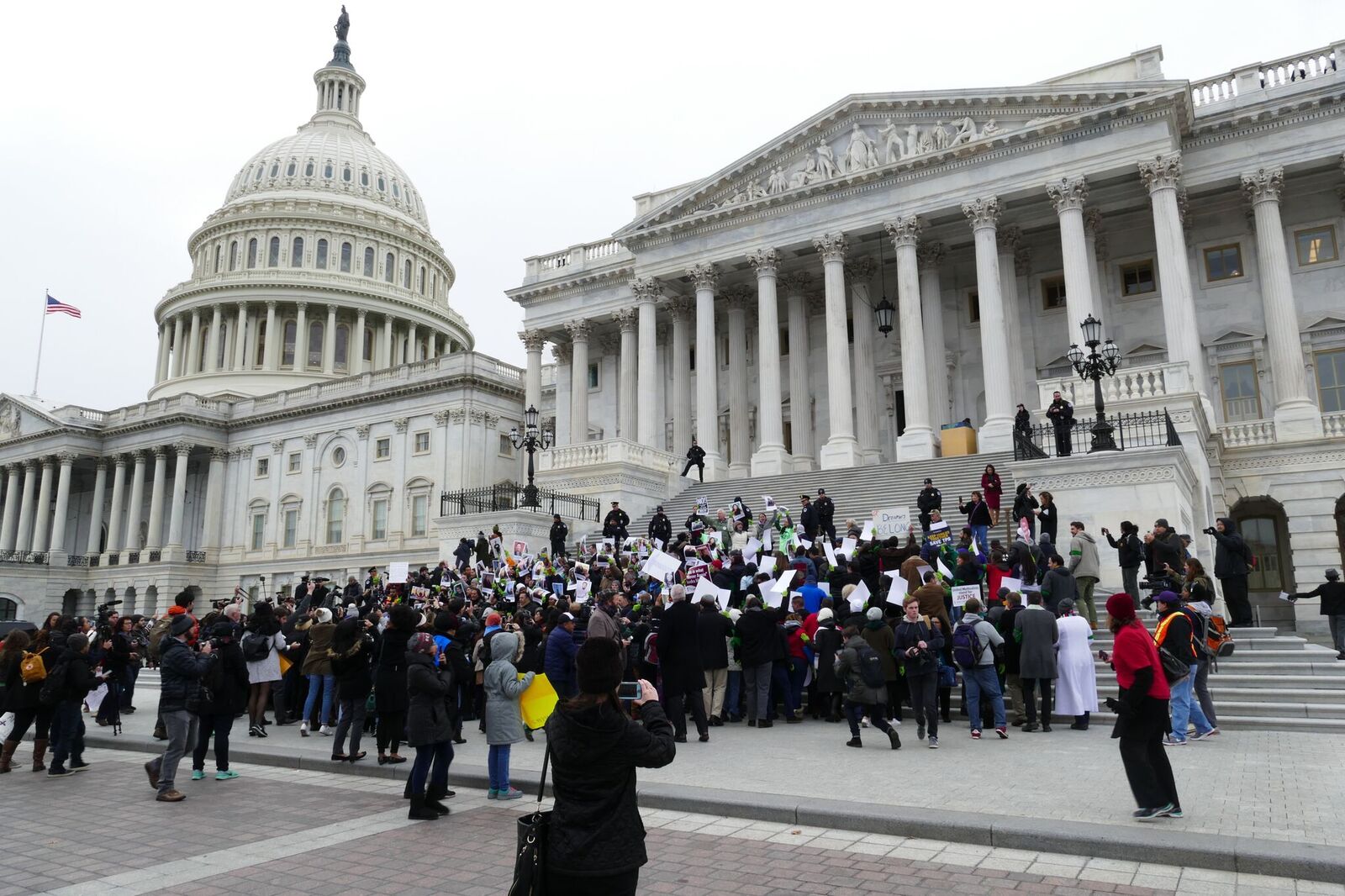 181 people from all walks of life, including two United Church of Christ ministers, were arrested on the steps of the U.S. Capitol Building Wednesday afternoon in Washington, D.C., staging a stand-in, in support of the immigrants known as the Dreamers. Time is running out for the 800,000 young people brought to this country as children — the Deferred Action for Childhood Arrivals (DACA) program, which has allowed them to live, work and study here without fear of removal, is slated to end March 1.

"We are in a critical moment in the struggle to win the Dream Act that could provide relief from deportation and a pathway to citizenship for millions of undocumented youth throughout this country," said the Rev. Noel Andersen, grassroots coordinator for Church World Service and organizer of the UCC Collaborative on Immigration. "Opponents want to heap anti-immigrant policies on the backs of these dreamers, but right now we are working to attach the Dream Act to a must-pass spending bill before the end of the year." 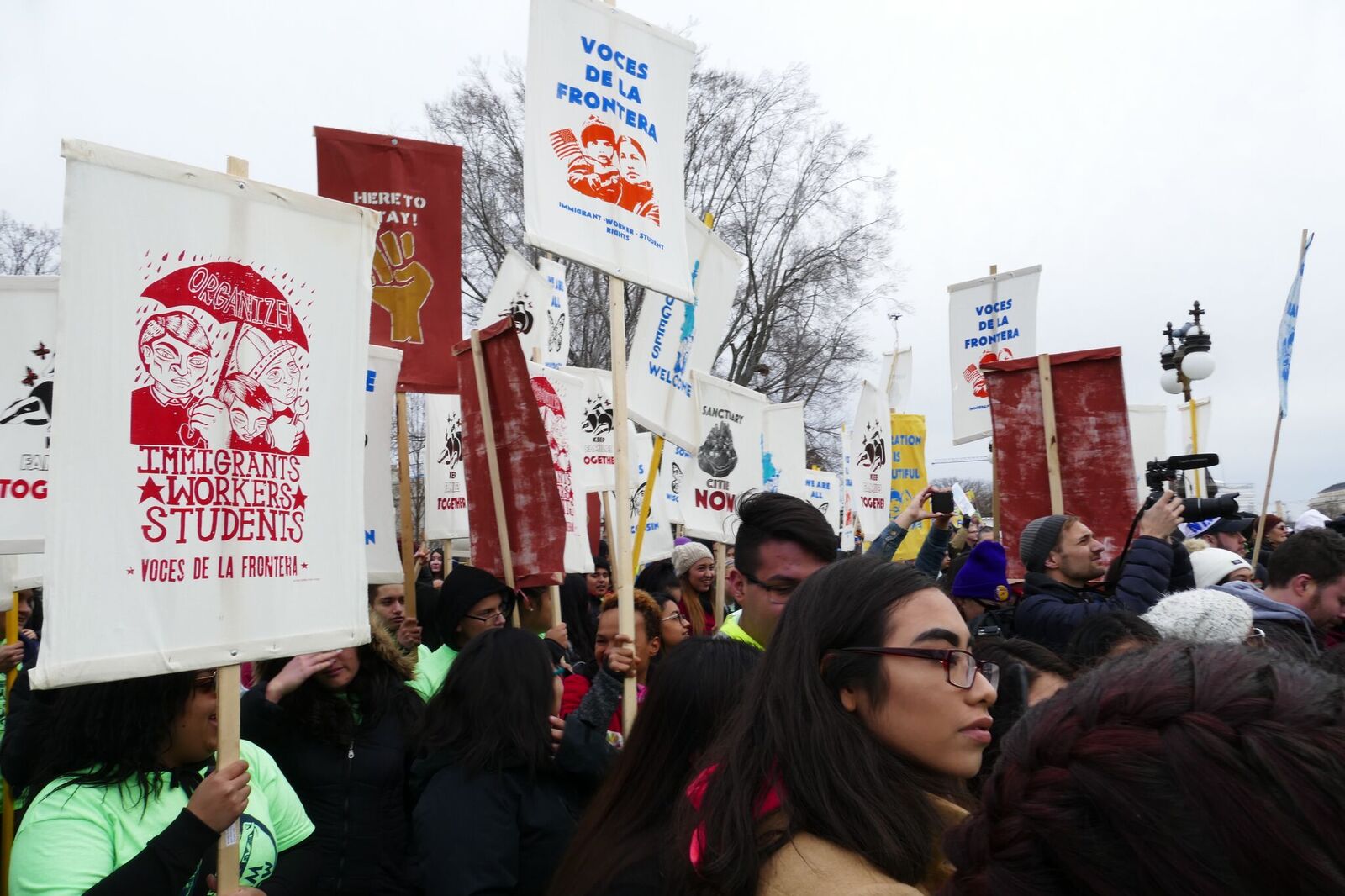 Andersen was one of those arrested on Dec. 6 for refusing to move from the steps during a rally that drew thousands of immigrants, civil rights activists and allies from across the country to Capitol Hill. The event, a national day of action organized by Church World Service and several immigrant rights groups, started with speeches and music. As the chanting crowd moved across the Capitol lawn, people who planted themselves in place were led away in groups by police.

"As faith communities, we are called to prophetic witness and action in solidarity to pass the Dream Act now, so that these young people who are part of our UCC congregations aren't wondering if they could soon be deported over Christmas," Andersen continued.

The demonstrators urged Congress to pass a "clean" Dream Act now — legislation that would allow the undocumented young people who have grown up in the U.S. to stay without fear of deportation.  They also want lawmakers to provide protections for people with Temporary Protected Status (TPS). 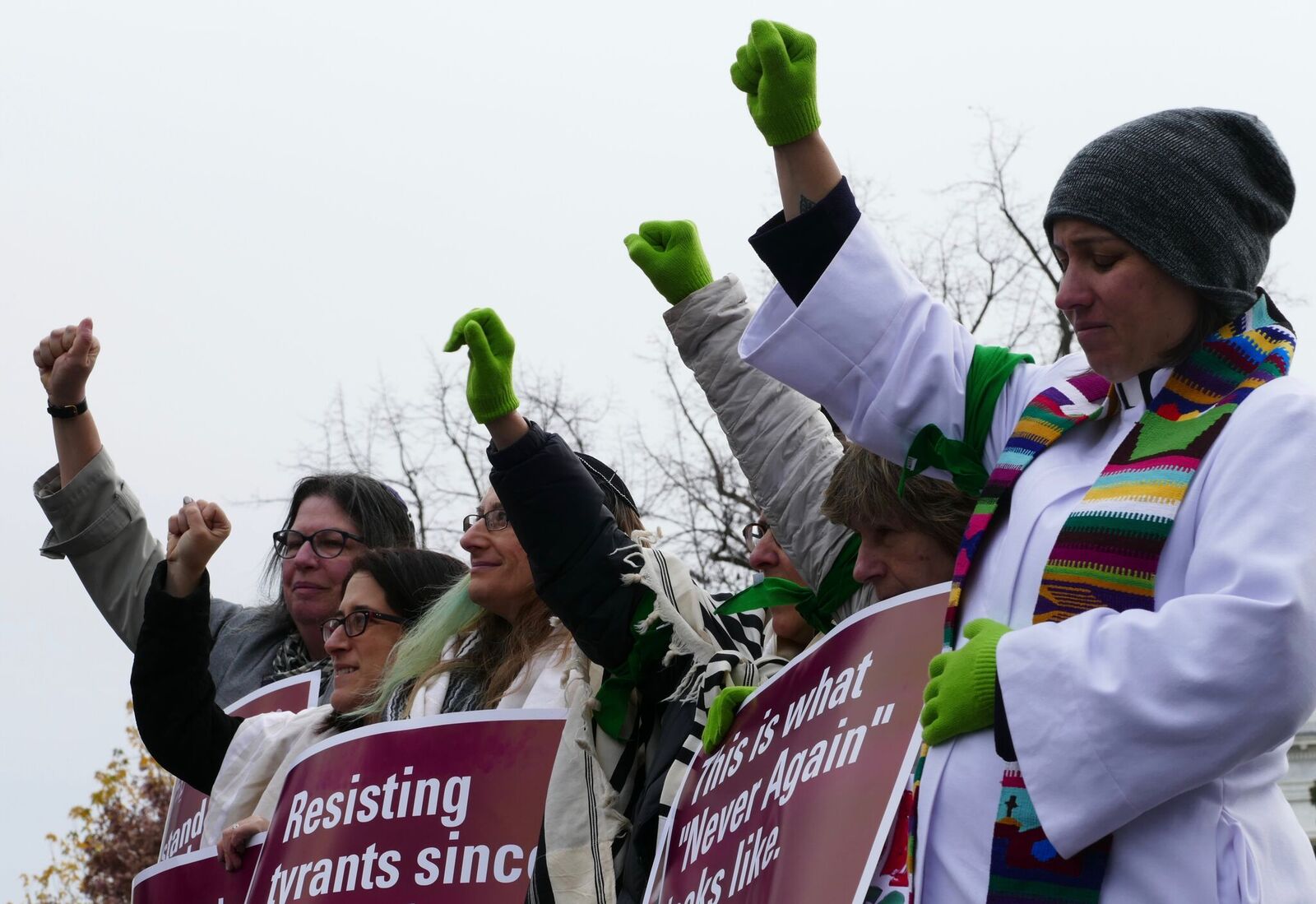 "Leveraging the vulnerability of people for any other political purpose is violent and appalling," said the Rev. Tracy Howe Wispelwey, UCC Minister of Congregational and Community Engagement. She too was arrested in Wednesday's protest. "The failure of lawmakers to secure the future of these young people is a failure to demonstrate any kind of commitment to families, the wellbeing and safety of children, and the humanity of our nation. The time has long passed and I put my body on the line because this is an urgent and dire matter that has life or death consequences for many and is a matter of justice."

The Rev. Justo González II, pastor of a new church plant, Ministerios Ríos de Agua Viva (Joy like a River) UCC in Grand Rapids, Mich., was also present at the rally, representing the members of his spiritual community who are under documented.

"When DACA Recipients and TPS status holders are told that they are no longer welcome, their work permits are taken away and when they and their families are threatened with deportation, the church must speak loudly and boldly," he said. "I'm here because Daniel, Juan, Milagros and Antonia are the best of America." 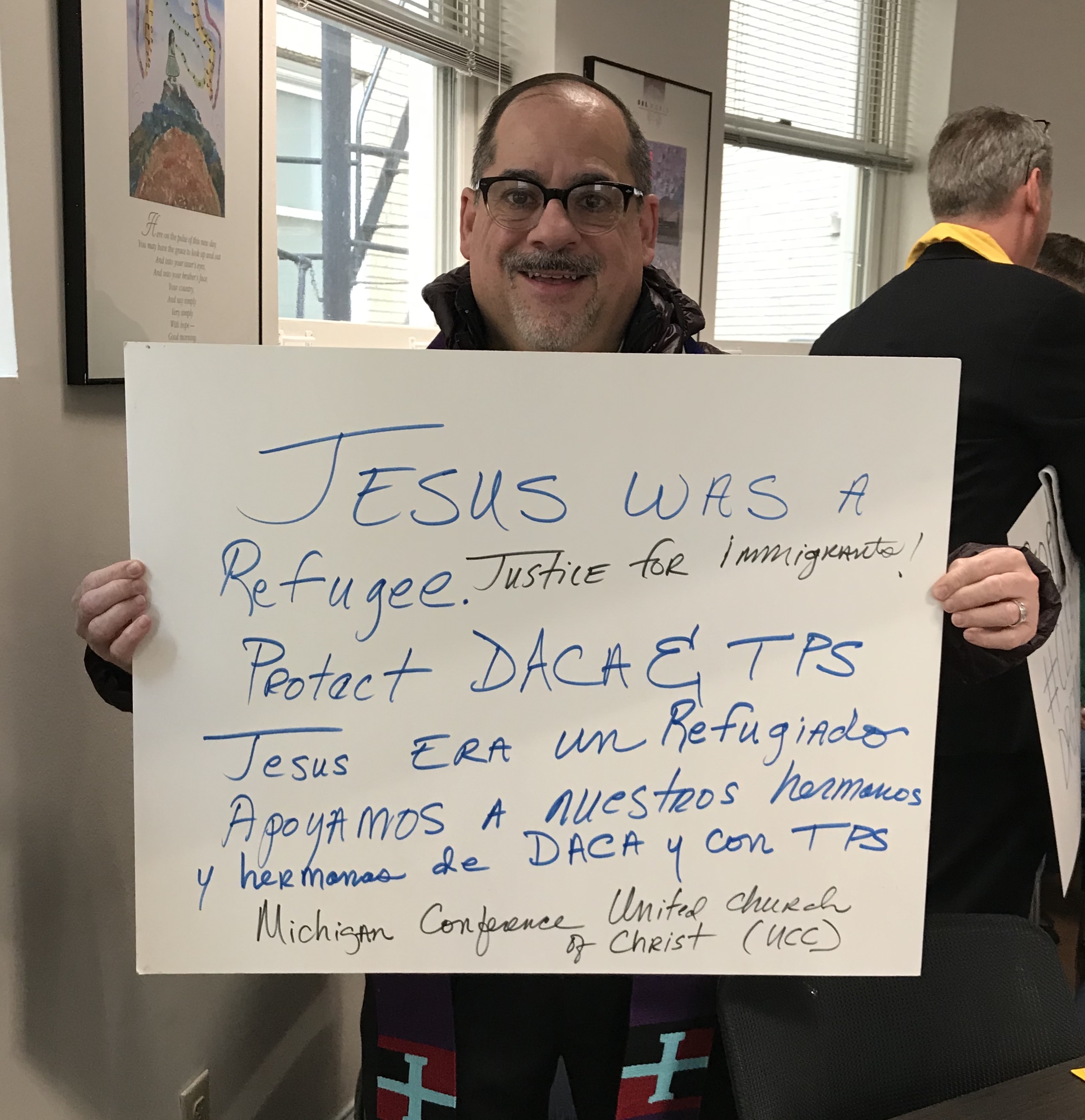 González, who is also an Associate Conference Minister and Coordinator of Latinx Ministries in the Michigan Conference UCC, spent time lobbying for his neighbors on Tuesday, as part of an ecumenical group of clergy from around the country, meeting with key legislators to talk about immigration legislation.

"My role as a faith leader is to articulate the gospel," González said. "Our country needs to become a place that honors and celebrates refugees. As this season reminds us, Jesus and his parents were refugees. We don't want to shut the borders to people to don't speak the language or come from cultures that are not majority represented."

Immigrant communities have been facing a number of setbacks under the current administration, including the termination of DACA and Temporary Protected Status for Haitians and Nicaraguans. Tens of thousands of other TPS holders face uncertainty as their renewal dates approach.

González, in discussions with legislative staff of Michigan Senators Gary Peters and Debbie Stabenow, both democrats, and Republican Congressman Justin Amash, of Michigan's Third District, said he emphasized the important economic and cultural contributions immigrants are making in growing city of Grand Rapids, and in Kalamazoo, home of the Kellogg's cereal company.

"My faith demands that I work for justice and speak truth to power. We are clear as faith leaders the solution is a 'clean' Dream Act, a bill with no add-ons," said Gonzalez. "It's important to speak from a scriptural mandate to love and care for the stranger. Doing something that is just and whole; doing something for the sacred. We must allow opportunities for Dreamers and TPS beneficiaries. That would bless our city, our state and our country."