The leader of the U.S. House of Representatives dropped in on a meeting of poor people Thursday, July 16, and said their legislative and policy ideas were on the right track. 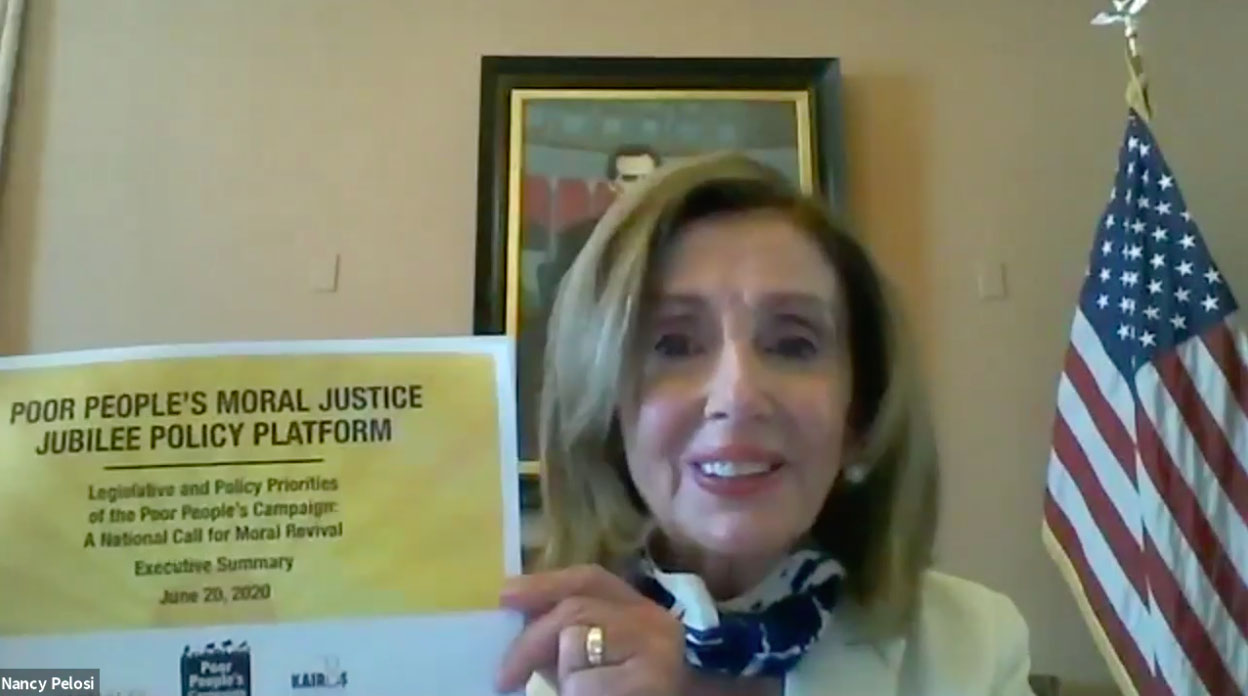 So did two federal legislators from Massachusetts. They were among more than 180 participants in a virtual “congressional briefing” hosted on the webinar platform Zoom by the the Revs. William Barber II and Liz Theoharis, co-leaders of the Poor People’s Campaign.

The aim of the event was to create momentum for the “Poor People’s Jubilee Platform,” introduced in June during the campaign’s virtual march on the nation’s capital, which drew more than a million viewers. The United Church of Christ, the Christian Church (Disciples of Christ) and the National Council of Churches are among dozens of religious and other organizations listed as “mobilizing partners” of the campaign.

Billed as a “Moral Policy Agenda to Heal America,” the 35-page platform has five sections, tied to language from the preamble to the U.S. Constitution: “establish justice,” “promote the general welfare,” “ensure domestic tranquility,” “secure the blessings of liberty” and “provide for the common defense.”

The platform presents those areas as interrelated and proposes policies in each of them. Overall goals include ending systemic racism and ensuring voting rights, an adequate standard of living, work with dignity, a healthy environment and reprioritizing defense resources. The plan is built on principles such as “When you lift from the bottom, everybody rises,” “Prioritize the leadership of the poor, low-income and most impacted” and “Debts that cannot be paid must be relieved.”

‘A document that supports democracy’

Rep. Nancy Pelosi of California, speaker of the House, held up a copy of the platform and called it “a wonderful guide for lifting us to a higher standard.” She also called it “a document that supports democracy” and said, “I’ll be sharing this with my colleagues as we go along.” She ticked off points of agreement with document’s policy proposals, but also made religious references. 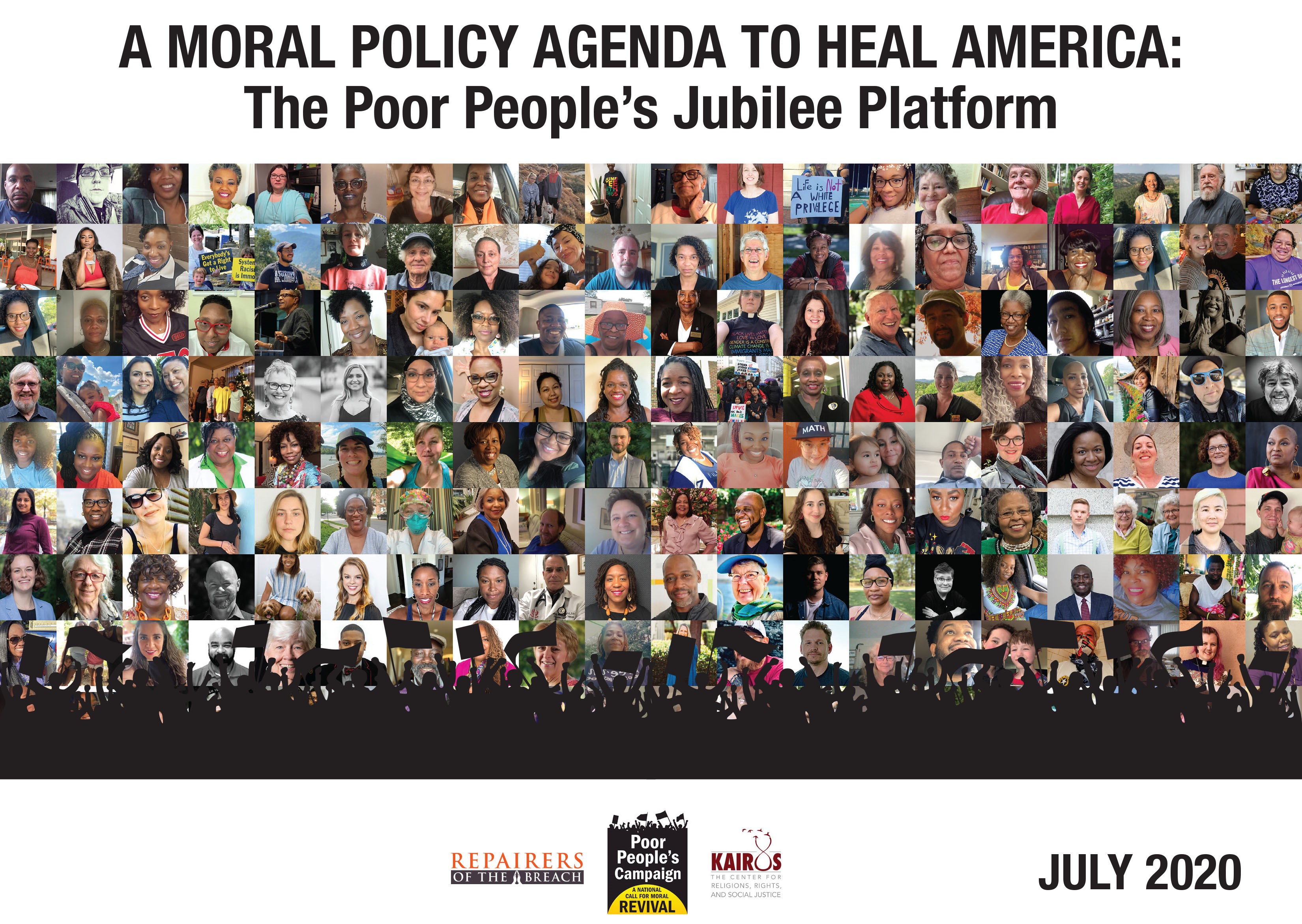 “I’m a big believer in the jubilee in the Bible, a time of forgiveness,” Pelosi said, referring to a passage from Leviticus that calls for cyclical debt relief. She paraphrased the theologian Augustine of Hippo as saying that a government not devoted to justice “is just a bunch of thieves.”

Rep. Joe Kennedy III of Massachusetts praised the document’s use of constitutional language and said its proposals to attack poverty, racism and other problems were part of “the quest for the identity of a nation.” “These are not new fights,” Kennedy said. “This is not a new battle. This is not a red or blue issue.” He commended the campaign leaders’ “empathy and compassion” and pledged his help – “however I can be of service to you.”

The U.S. has “reached a new threshold” in its consciousness of racism and inequalities, said Sen. Elizabeth Warren of Massachusetts in a prerecorded message played during the briefing. “As a nation, we have some serious soul searching to do,” she said. She thanked the campaign for pressing Congress to do that.

Barber pointed out several times that Republicans had also been invited to the briefing. Before Pelosi spoke, Barber specifically called on the House GOP leader, Rep. Kevin McCarthy of California, in case he were present via Zoom. If any Republican lawmakers were present, they did not speak up.

Barber noted that, whatever their party affiliation, politicians could expect the Poor People’s Campaign to press them for accountability. “We fight our enemies, we challenge our friends,” he said.