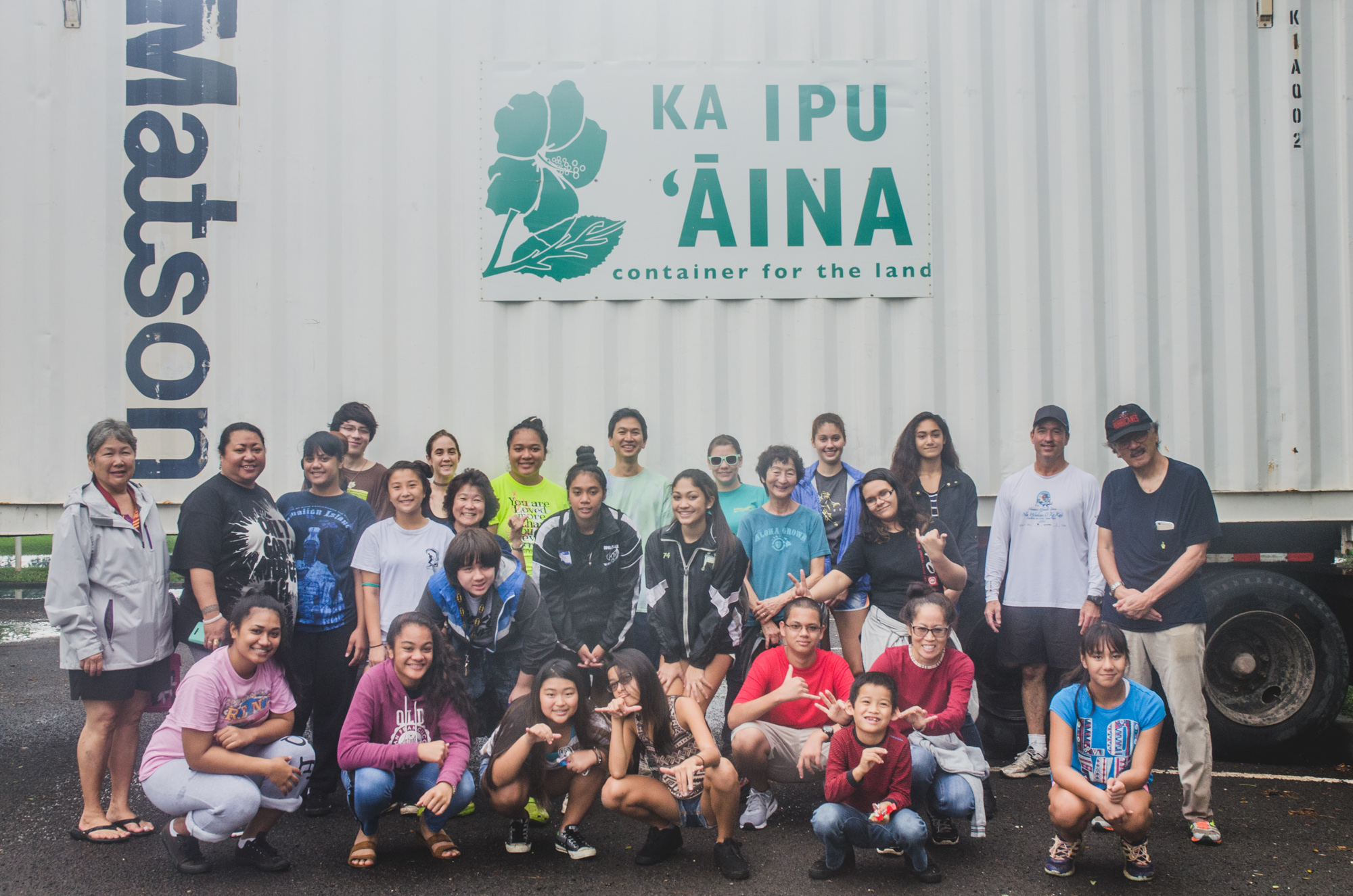 In the spirit of Ohana, a group of young people from the island of Oahu have made a down payment on a trip that will bring them to the mainland and the National Youth Event at Walt Disney World next summer. The Hawaiian youth have a plan, dedicated advisors, and a team of volunteers hard at work to raise the money to get them there.

"Meeting like-minded young people from all over [the UCC] is important," said Clay Kimoto, the group's spiritual advisor. "The exposure to people from across the church would be a great benefit. I think we look to our young people to having a vision for our future, one that they can work on together."

Kimoto, a member of Pearl City Community Church in Honolulu, and Joan Sakaba are charged with helping teens from the Oahu Association, United Church of Christ, make that happen. The two, co-chairs of the HI2NYE (Hawaii to NYE) effort, have organized the trip through a travel agent, come up with an itinerary, a series of fundraisers and a projected amount that must be raised per person to get 29 people representing a half dozen churches from Honolulu to Orlando, Fla. 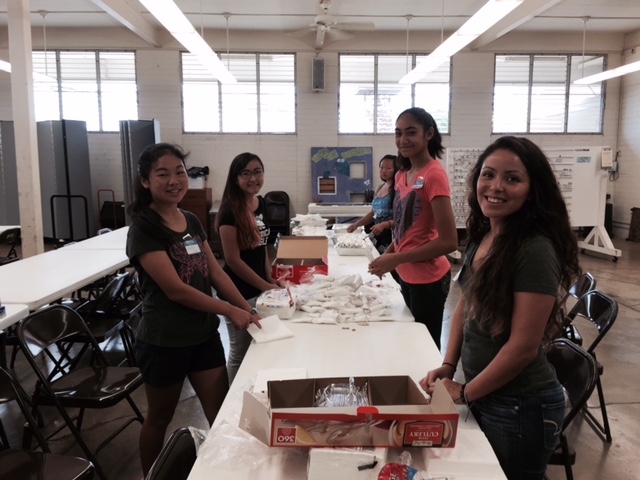 "We estimate that our cost to get to the NYE, for extra housing and for registration, will cost each of our youth and chaperones approximately $2,200, not including money for personal expenses (meals outside of the NYE, personal expenses, etc.)," said Sakaba, a member of Kailua Christian Church. "We initially received a start-up gift from the Oahu Association of $5,000 and have, since last fall, met monthly to coordinate and affect fundraising events."

The latest last weekend, on Nov. 21, brought the group out in the pouring rain to clean up a park to collect $1,000 from the Matson Navigation Company through its Ka Ipu 'Aina (Container for the Land) project. The shipping company, which provides shipping services from the mainland to Hawaii, provided a container so the youth could spend three hours picking up rubbish at Blaisdell Park in Pearl City. 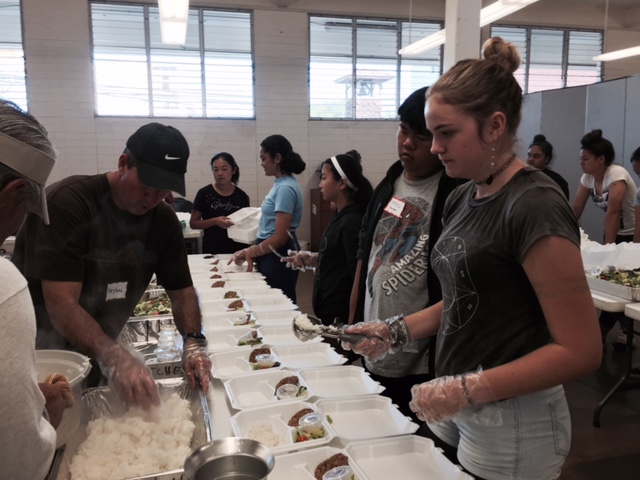 Sakaba, the group's organizational advisor, has her hands full keeping the fundraising events on track.

"We are trying to raise $50,000 ... it is a huge undertaking. Our first event, on April 12, was a steak and chicken plate lunch sale. We sold 646 plates to our Oahu churches and netted $5,124," she said. "People donated ingredients and supplies as well as purchased tickets ññ $10 per plate. I must admit, they were yummy. The grillers used Kiawe wood [a local wood] ññ it provides a wonderful flavor to the meats grilled."

The next fundraiser, a spaghetti dinner and silent auction, is scheduled for Jan. 30, 2016, but that's not all that's keeping Sakaba busy. Right now, she is finalizing a design for t-shirts that will be ready for sale after the first of the year, and "we are still looking for other sources of grants. We are grateful to our Oahu churches for their continued support of our Oahu youth. We feel that these youth are the future of our local churches and we know that participation in the NYE will allow our youth (rather isolated from other UCC events) to see the wider church in action." 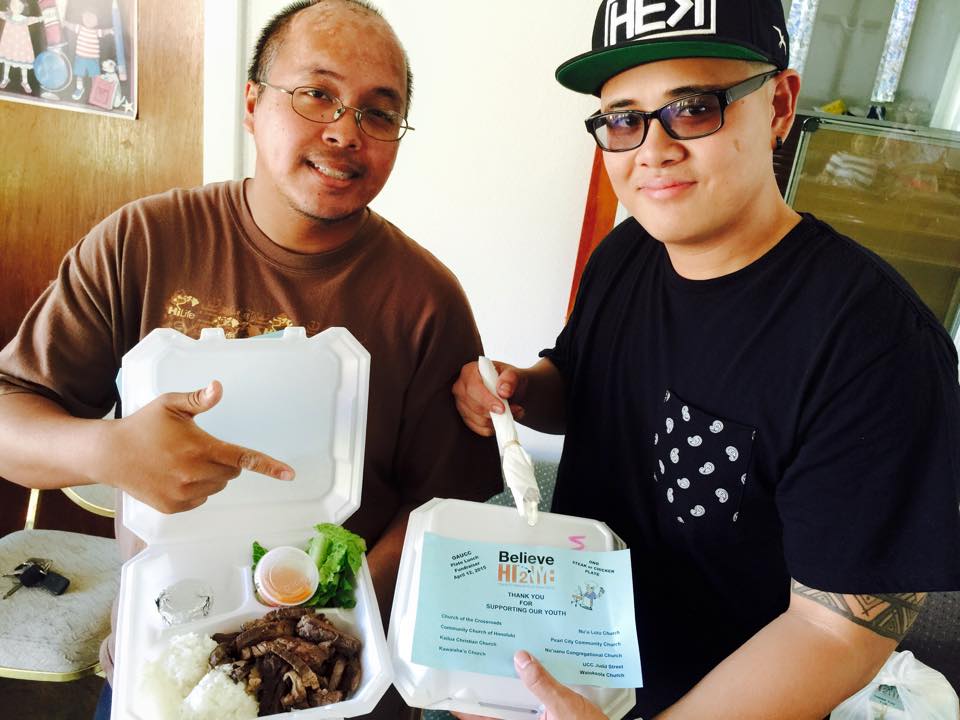 "The other thing," Kimoto said, "in Honolulu, our churches are missing generations, and this is one step in remedying that. Helping these young people realize that the future is now. That their time to think about their roles and their positions in the churches is now ññ not years from now. We also hope to be included in the worship program ññ we embody what the UCC is all about. Diverse culturally, and ethnically. Different perspectives from different backgrounds but together they are one Ö they are Ohana .. they are a family in Christ. That is one of the main themes they will bring."

NYE 2016, the first time the event is partnering with the Christian Church (Disciples of Christ), takes place July 26-30, 2016, at Walt Disney World's Coronado Springs Resort Hotel in Buena Vista, Fla. It also is the first time the event takes place on a non-college campus. In addition to workshops and plenary sessions, NYE 2016 will include social justice immersion experiences and youth educational events on cultural diversity.

This is not the first time a group from Oahu will attend NYE, Sakaba said, but it is the first coordinated fundraising effort on the island on behalf of the youth. She also said that other associations in Hawaii are doing their own fundraising and have the option of using the Oahu group's travel coordinator.

"The youth are getting excited, especially as the first down payment has been made, and the trip is becoming a reality," Sakaba said. "It has even resulted in the youth wanting to get together socially! We are now going to try to plan quarterly youth events that all of our young people can participate in on Oahu."

"We think that NYE 2016 will be one of the events that will encourage youth to have Spirit-led visions," Kimoto said, "and to assume positions of leadership today."