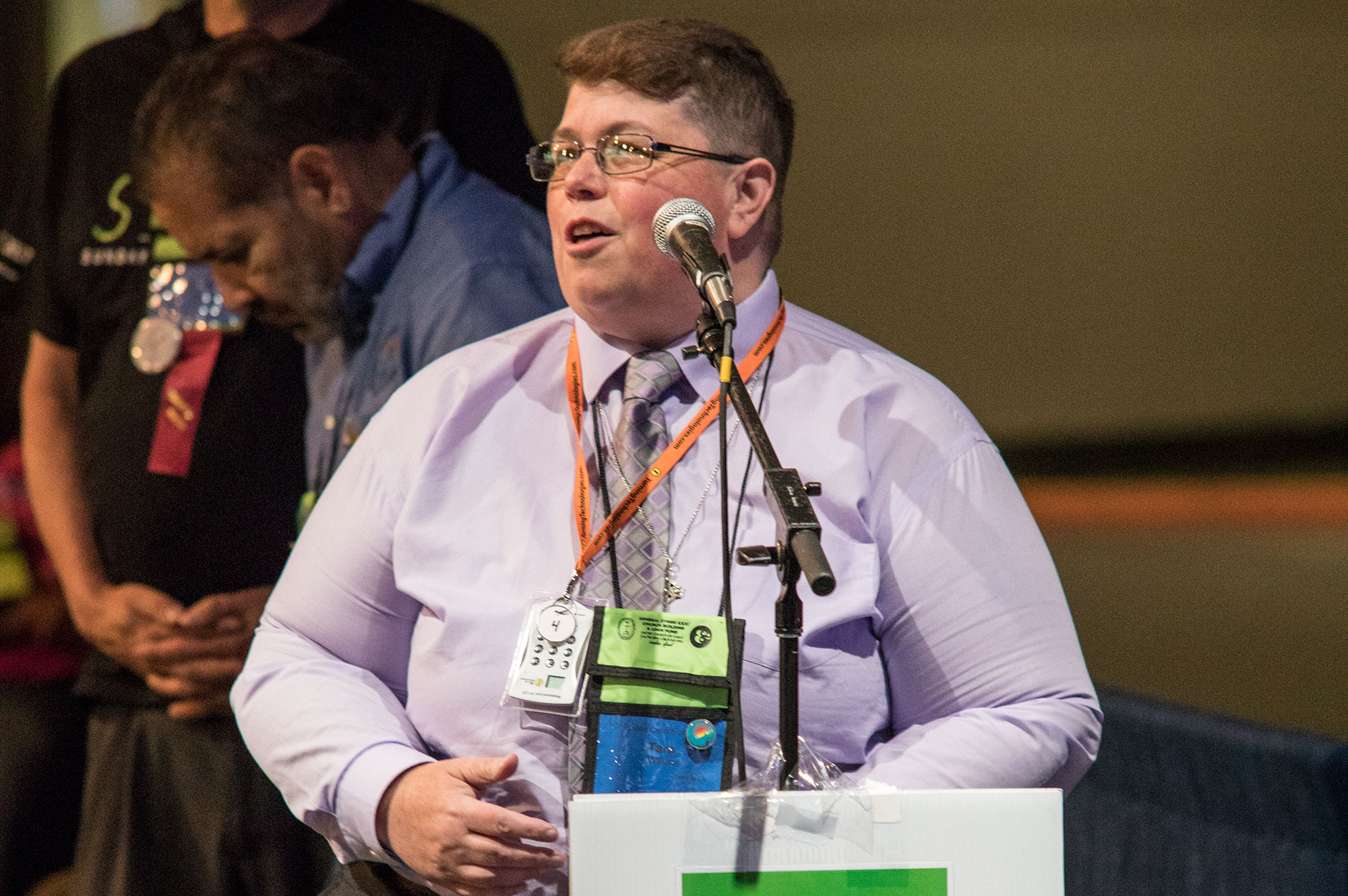 Underscoring the love of neighbor, with several speakers proclaiming that no human is illegal, delegates to General Synod 2017 overwhelmingly declared itself an Immigrant Welcoming Denomination and called on all settings of the United Church of Christ to do the same.

Delegates voted 96 to 3 percent in favor of the Resolution of Witness, which was brought by the Minnesota, Wisconsin, Northern California Nevada, Massachusetts, and Central Pacific conferences.

"So often when we talk about immigrants and refugees we name them by their status, instead of by their humanity. We make them the 'other,'" said the Rev. Tara Wilkins of the Central Pacific Conference. "What we really need is congregations and communities that are willing to journey together with people of all different status. For we know it is on the road to Emmaus that we meet Jesus, and it is on the road to Madison and Sacramento and Houston and Willingboro and Charlotte that we meet the divine."

Southern California Nevada Conference Minister the Rev. Felix Villanueva said churches in that Conference, a Sanctuary Conference, have "hosted, fought for, defended and advocated for immigrants throughout our history." 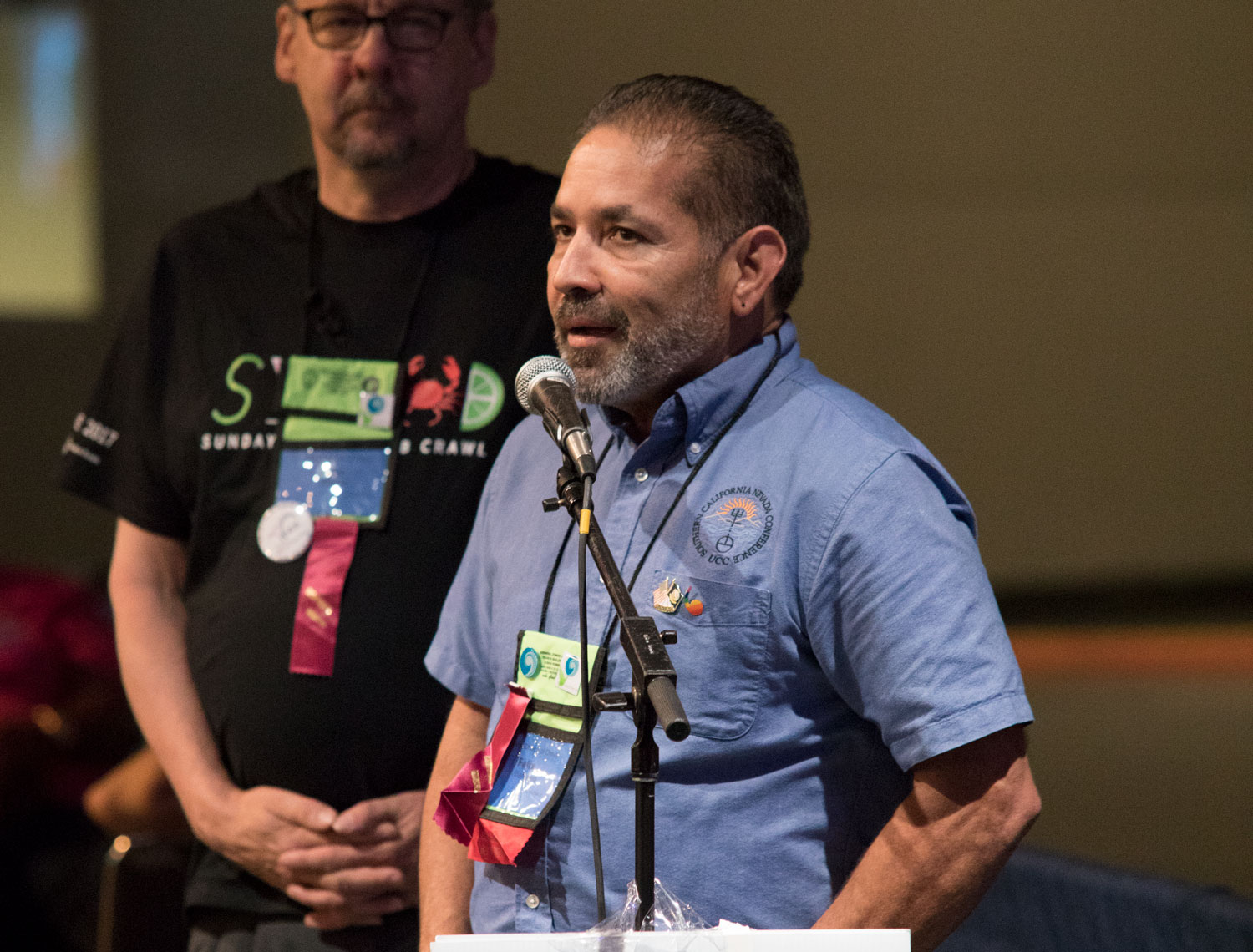 "We know the plight of our brothers and sisters who are immigrants, and we know the mandate of our scriptures to welcome the stranger among us," he said.

One delegate, the Rev. Paul Lance of the Michigan Conference, recalled his first Synod in 1981 calling on all settings of the church to advocate for immigrants, adding "this church has always been an immigrant welcoming church. What we're now saying is that we want to admit it."

Since 1995, General Synod has repeatedly called for a fair and humane approach to U.S. immigration policy.

The committee that reviewed the resolution and recommended it for approval spent a good amount of time discussing how to make the wording of the resolution stronger so that congregations would be moved both to welcome immigrants and to raise their voices loudly on the issues surrounding immigration.

The committee added language to the resolution so that congregations are both encouraged "to become" Immigrant Welcoming Congregations and to "proclaim themselves to be so."

Several speakers during the committee meeting on Friday said they hoped that the resolution would spur a movement among churches much like the Open and Affirming movement, in which churches study whether to declare themselves open to the full inclusion of lesbian, gay, bisexual and transgender people in their ministries.

The Immigrant Welcoming Church Resolution calls on the national setting to provide resources, such as "Becoming an Immigrant Welcoming Congregation: The Journey is Made by Walking," to churches so they can study the issues around immigration and discern how best to serve the particular immigrant populations in their own areas.

Studying the issue is key, the Rev. Kerri Parker of the Wisconsin Conference told the plenary. Her Conference in June voted to become an Immigrant Welcoming Conference after a year of study, in which at least 66 congregations had to study the issue in order for a vote to be taken at the 2017 Annual Meeting. In the end, 80 churches got involved, with four voting to become Immigrant Welcoming Congregations and more than 30 becoming actively engaged in resettling immigrants, refugees or asylum-seekers or providing support to those doing that work.

"I offer you the testimony of your siblings from Wisconsin to affirm that congregations diverse in perspectives and politics and resources can find a way to take up this gospel call," she said, adding that time for education and discernment was what enabled the churches of her conference to "enthusiastically offer God and our neighbor the word 'yes.'"