The Rev. Traci Blackmon was elected the executive minister of United Church of Christ Justice and Witness Ministries by delegates to General Synod 2017 on Sunday evening, July 2, after serving in that capacity as acting executive minister for 19 months.

Blackmon electrified the General Synod crowd a day earlier when she delivered her nomination remarks on Saturday morning. The momentum carried over for the next 36 hours. Needing two-thirds of the votes to confirm her election, Blackmon received 97 percent from the 737 voting delegates.

After the votes were counted, those on the floor who were able stood and applauded her, as a section of the crowd began chanting "Traci! Traci! Traci!"

Needing a moment to gather herself on stage, the Rev. John Dorhauer and the Rev. James Moos, her fellow national officers, stood beside her for an election selfie. 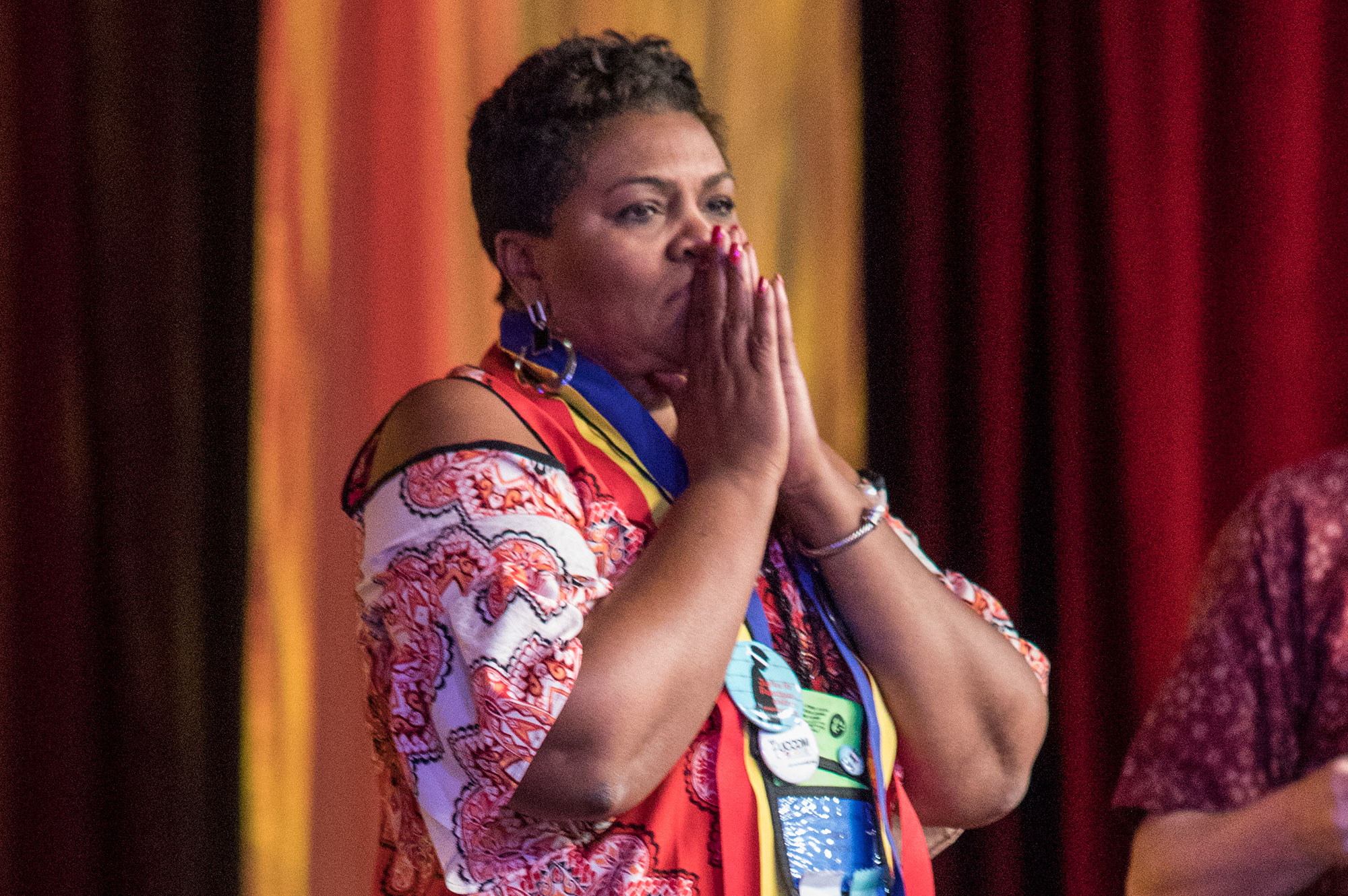 "I spent this morning in prayer, and I did something I rarely do. I asked God to grant me favor in this election, and I heard the Spirit say, 'I am with you all. And that is enough,'" Blackmon said. "People must choose their own leader from among them."

"My promise is I will do everything I can," she added, "to never make you sorry that you chose me."

Blackmon took on the acting role beginning in January 2016, having been called by the UCC Board of Directors after the retirement of her predecessor, the Rev. Linda Jaramillo, who greeted Blackmon with a hug after she stepped down from the plenary stage.

"I am proud of the work we do — work that does not happen in isolation, but in concert with all of the national staff, conference ministers, congregations, and ministry partners," she said on Saturday morning. "Our love for God and people shape our collective witness in this world."