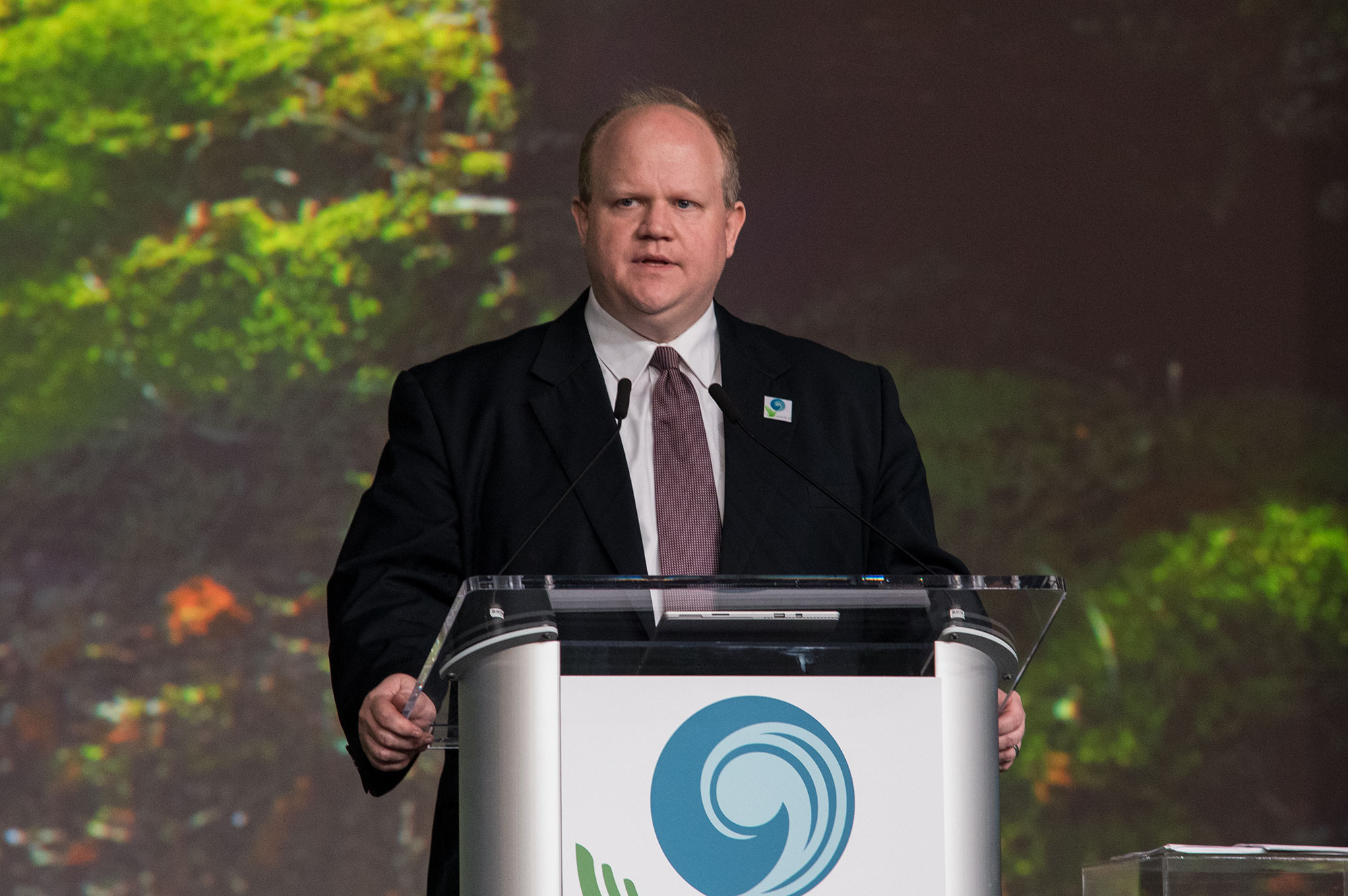 After two lengthy years of conversation, deliberation and collaboration, delegates to General Synod 2017 approved a set of changes to the United Church of Christ's Constitution and Bylaws that will reshape the leadership of the church. Those amendments will allow the denomination's national setting to be more nimble, flexible, and adaptive as the church lives into the vision of creating a just world for all.

The amendments, endorsed on Monday, July 3, had the support of 81 percent of the voting delegates, easily exceeding the two-thirds majority threshold needed to pass them.

"There was a tremendous amount of feedback that influenced what the UCC Board of Directors put forward. We are grateful for that feedback," said Geoff Brace, chair of the UCC Board's Governance Committee, which drafted the proposed changes. "The entire church engaged the process."

Two years ago, a previous set of proposals achieved a majority vote, but failed to gain two-thirds approval from delegates during General Synod 2015. Following two years of reviewing the UCC Constitution and Bylaws and discussing those changes that weren't adopted, the board worked to develop a new set of proposals to bring to General Synod.

"We set out from Day 1, through today, what would happen throughout the process, with milestones by specific dates," Brace said. "The process has been intentional and deliberate, and we followed through on our outline."

The Rev. Kevin Munroe, a Central Atlantic Conference delegate, spoke in favor of the changes after opposing them at the 2015 General Synod in Cleveland. "Some of you who went to the last Synod may remember me," he said. "I was appalled at the process. But I'm here to say the process was excellent this time. We had all the info to go through [the amendments] and understand it."

The Collegium model had as many as five elected executives who acted as equals after the last national restructure in 2000, with about 300 employees working at the national setting. Today, there are 110 employees with four officers (though General Minister and President the Rev. John Dorhauer has been the acting executive of Local Church Ministries since March 2016).

Scott Jones, a delegate of the Nebraska Conference, said, "While I recognize the need to be nimble and flexible and relevant, we stand to lose something significant [if the Collegium of Officers model goes away]. There was a table of equals who met in dialogue. I believe we lose something about who we are and how we do leadership as a church."

Brace told delegates that the UCC Board believes the oversight of the national setting belongs to all the elected officers.

"If something's dying in the denomination, then let us say 'Amen' and look to what is being born around us," said the Rev. Bob Stevens, a Penn Northeast Conference delegate.

The amendments also eliminate the UCC Board's standing ministry committees (which did not have oversight of the denomination's covenanted ministries), and change the composition of the board's executive committee, from 12 to 16 members, to include other committee chairs and General Synod moderators.