Synod community worship embraces ‘this is who we are’ 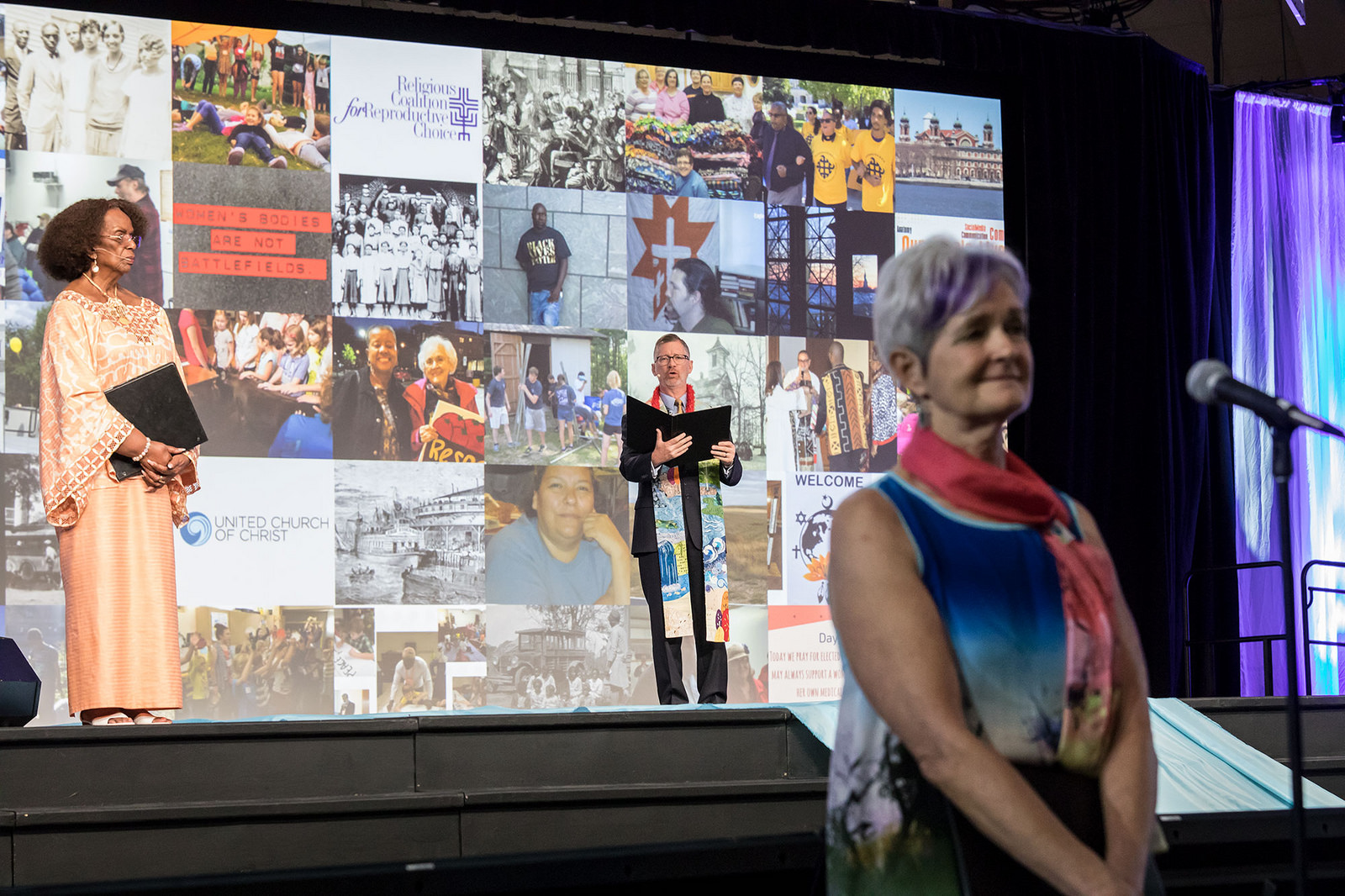 A patchwork quilt of the human condition took shape on the back wall of the Baltimore Convention Center Sunday afternoon as seven speakers joined the Rev. John Dorhauer, general minister and president of the UCC, to celebrate community worship at General Synod 2017.

Images of black slaves gathered in worship, protestors at Standing Rock, immigrants huddled on Ellis Island and bikers serving meals to the homeless appeared on a screen as each speaker told the story of his or her particular ministry within the broad stage of the United Church of Christ.

"This is who we are," Dorhauer said as the last image completed the quilt. "This is the river that brings joy to the city of God.

"It unfolds in the stories of ancestors committed to freeing the slave and welcoming the immigrant; in children’s camps where new faith expressions are honored; in local churches where the homeless and the poor are fed and clothed; on reservation lands where hope, smiles, and resistance help heal trauma; when women’s rights are upheld in the face of fierce resistance; and when an Afriquena in South Chicago finds partners and allies in the cause for justice."

Sharing in the creation of the justice diorama were:

"We are a united and uniting church that is radically inclusive," the Rev. Shari Prestemon added, "even when we are all these things — imperfectly. We are brave enough to embrace a bold vision of a just world for all."

As has become the practice at General Synod, the ranks of the 2,751 delegates and visitors were swelled by hundreds of local congregants who filed into the Baltimore Convention Center to share in this UCC love fest. A mass choir, a brass quartet, a bell choir and several soloists combined to produce magnificent music for the worship service, and serving holy communion to the crowd proved to be a successful logistics feat of no small proportions.

Finally, the traditional Passing of the Peace became an exercise in gladness as the speakers came down from the podium and hugs and handshakes morphed into dancing in the aisles.