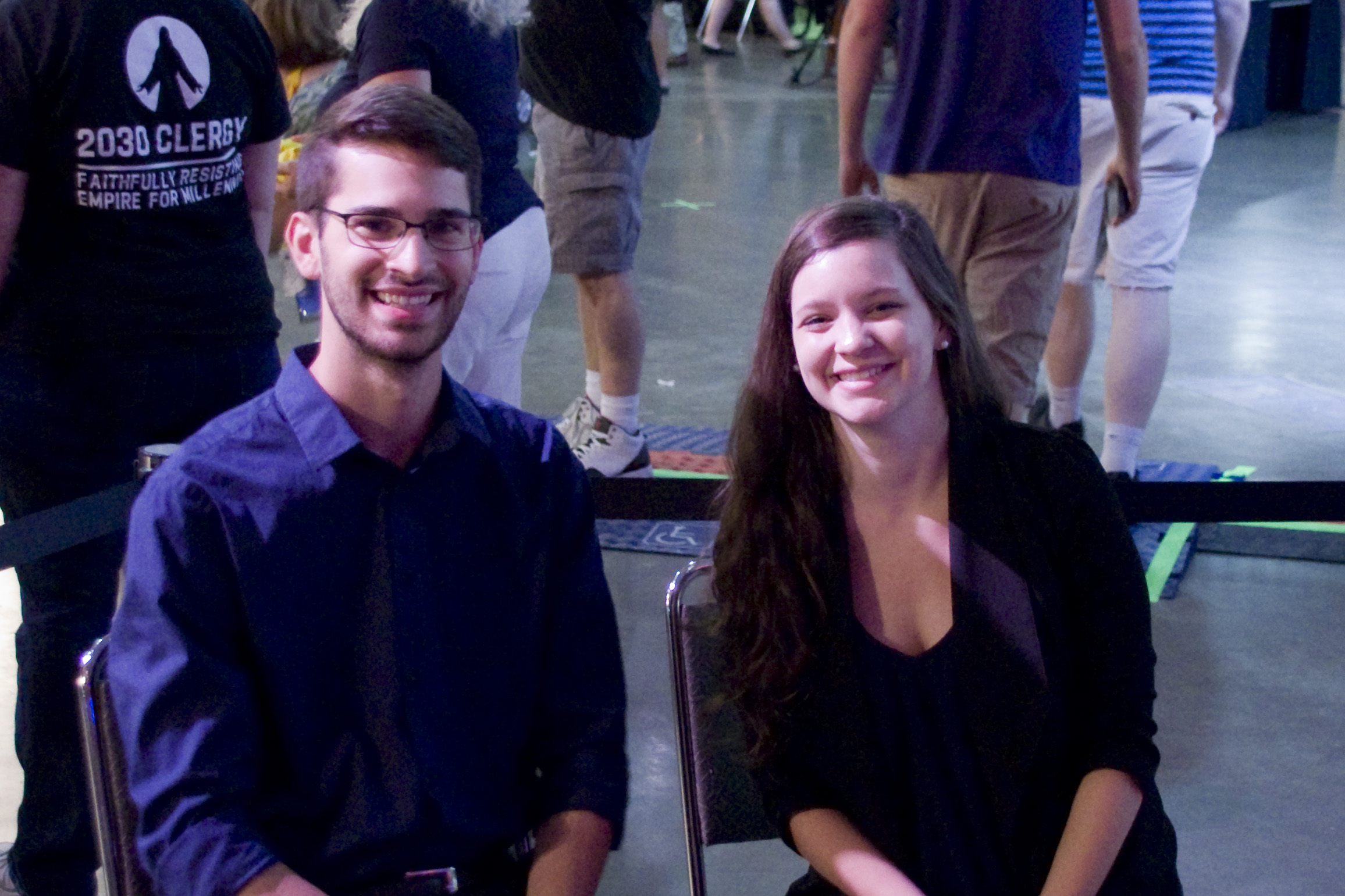 There are more than 730 delegates to General Synod 2017. They are the voting representatives of the governing body of the denomination, and they listen to reports, resolutions, sermons, Speak Outs from other delegates, and even presentations from youth at Synod. But two people in the Plenary Hall have worked as a team to listen to every single spoken word of the five-day gathering.

Grace Teel and Robert Rhoads Jr. are the American Sign Language (ASL) interpreters for Synod 2017. They have spent every minute of plenary and worship converting the words, both spoken or sung, into ASL to communicate with deaf delegates or guests. There are no teleprompters, no prepared scripts. Teel and Rhoads interpret in real time, listening mostly through a small speaker placed beside them and signing the messages at a pace that amazes those who are not familiar with ASL. It is an exhausting process, so the two alternate shifts every 20 minutes in order to rest. In some cases, says Teel, they are forced to switch almost mid-sentence because some speakers do not tend to pause naturally. For these two interpreters, however, the language of the church is at least familiar.

Teel and Rhoads are the children of deaf parents, Karen and Robert Rhoads Sr. The Rhoadses, who were both born deaf, have five children, all of whom can hear, but who learned ASL as their first language and spoken English as their second.

"I learned [English] from her," says Rhoads pointing to Teel, his older sister. "And my father."

Rhoads Sr., who learned to speak through language therapy, is a Baptist pastor serving near Silver Spring, Md., where the family resides. His wife is the music director of his church. As a girl, Karen Rhoads taught herself piano and guitar using only vibration to sense the music she made.  All five of their children are musically inclined, and their son Robert is now studying music composition in college.

The connection to church is one of the reasons Teel and Rhoads understand the business of Synod so well.

"It's a language," says Teel about the specific terms and concepts she has encountered during Synod. 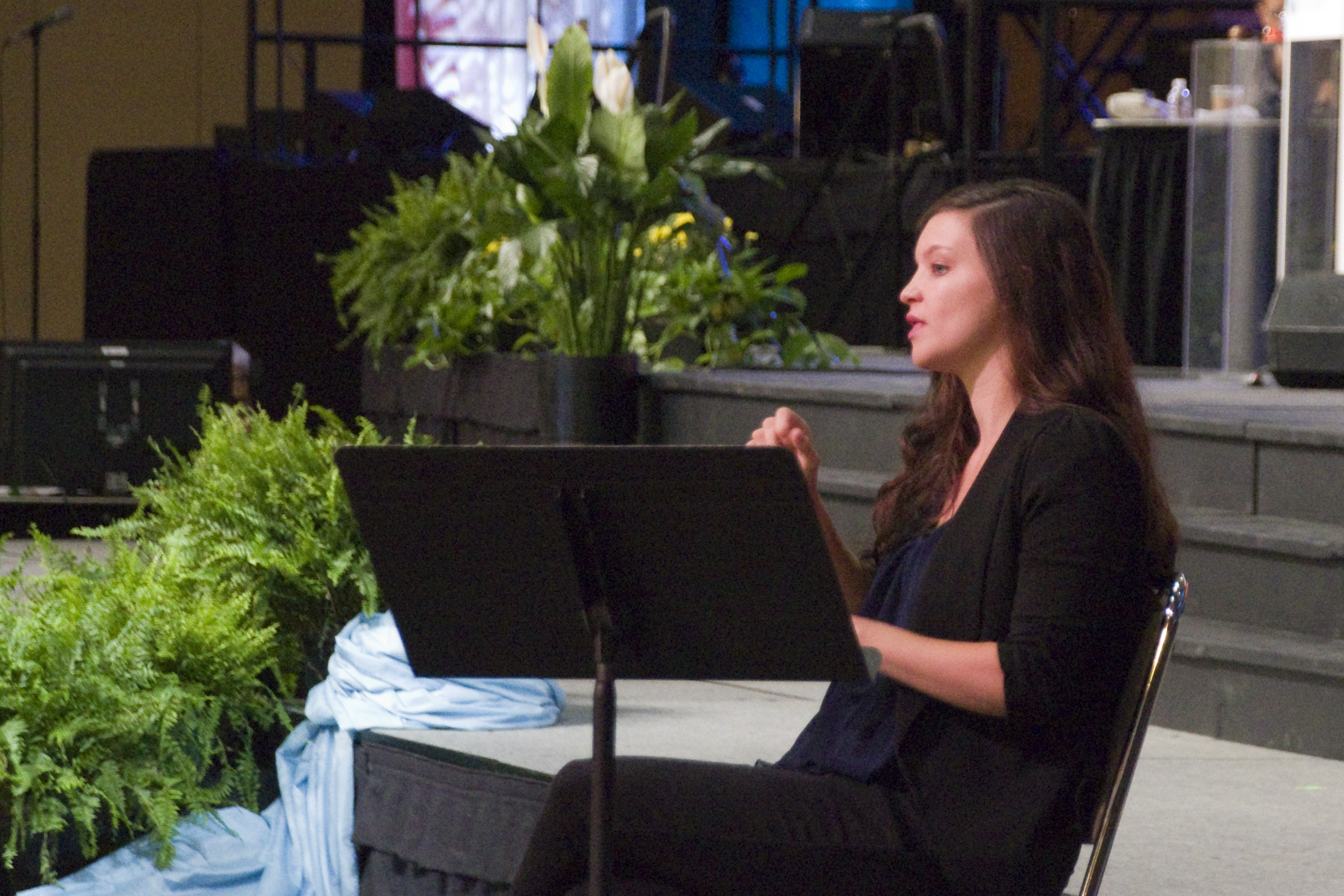 As a professional interpreter, Teel says she encounters many situations where she has to learn terminology quickly as she interprets for clients. But ASL is not a word-for-word translation. Imagine trying to repeat every word of another speaker starting a second after they begin speaking and continuing until they finish. Now imagine trying to paraphrase the words that quickly. Both Teel and Rhoads speak many of the phrases they sign, a process called SimCom, or simultaneous communication. Rhoads says speaking the words makes it easier to focus on what he is trying to sign.

Content-specific language, like that of a church, is not the only challenge interpreters face. Sign language is not universal; most of the world's languages have their own sign language. Regional differences can also be a challenge, just as dialect or slang terms can change as one moves across a country. And some ASL signs develop within small groups. Rhoads calls these "homesigns." These are signs for terms or phrases that evolve independently in a small group, usually in a family. Teel says they often begin with children. She recalls having her own homesign for "loud" while her brother had one for "peanut."

Although the United Church of Christ has used interpreters at Synod for many years, Rhoads and Teel say many organizations either don't believe they are worth the expense or  assume that deaf people can read lips--an inaccurate stereotype--or that communication can simply be written. Teel suggests people imagine trying to write down a conversation as fast as the words are spoken. "It would be exhausting," she notes.

"To have a conversation in their own language is something they deserve to have," says Teel.

"A lot of people see deaf people as having a learning disability because the structure is not the same as English," says Rhoads. The syntax of ASL, he says, is different from spoken language and is based more closely on French grammar. 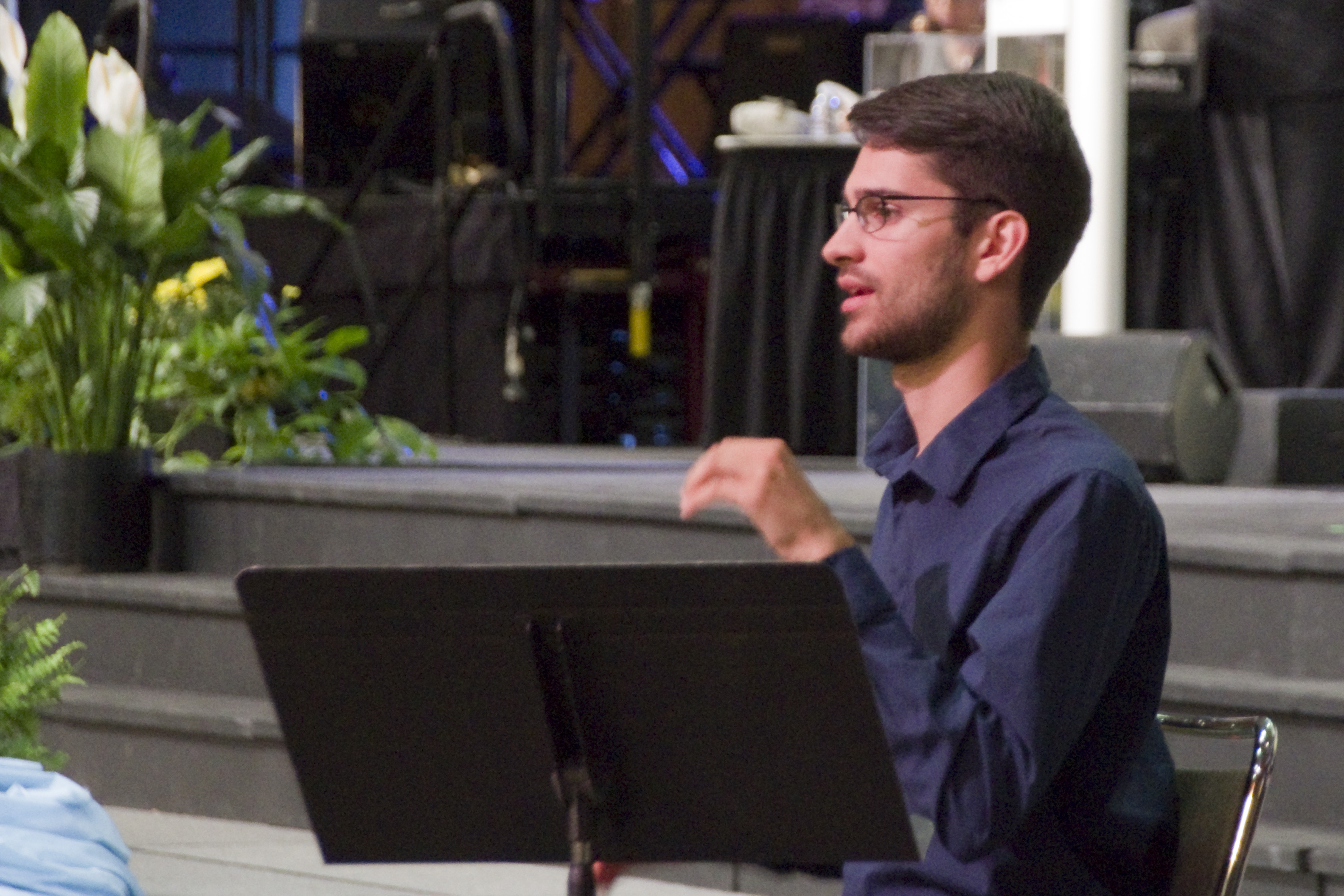 Rhoads says society often acts as if persons with a disability are the ones who need to make up for their disabilities. "Deaf people aren't seen as being deaf. They are seen as hearing impaired, seen as lesser than," he says.

This is one of the reasons those without hearing prefer the term "deaf person."

"Being called hearing impaired means that they're broken," says Teel, "and they don't see themselves that way."

Teel says placing interpreters directly beside a speaker is considered more respectful to deaf people because it treats them like the rest of the audience. It also allows the deaf to see the speaker instead of focusing their attention away from the stage or podium.

Teel explains that people speaking to a deaf person often look at the interpreter rather than addressing the deaf person directly. "The deaf like eye contact," she says.

At the Synod's community worship service on Sunday, a few people sat in the seats reserved for deaf persons near the Synod interpreters, but none have been there since. Both Teel and Rhoads says it's hard for them to interpret to a crowd when they are not certain anyone is benefiting from their service, but they appreciate that Synod organizers recognize the need for ASL interpreters.

Rhoads suggests that event organizers advertise widely if interpreters will be present because, in his experience, deaf people will avoid an event if they can't count on interpreter services.

Rhoads and Teel note that Synod attendees have been expressing appreciation for their work, something Teel says does not happen that often. In fact, the two even received praise on Twitter: "Shout out to the Jazzhands of the Synod, our sign language interpreters for their hard work."