Racism as a factor in health care disparities: We need to move people ‘away from the cliff’ 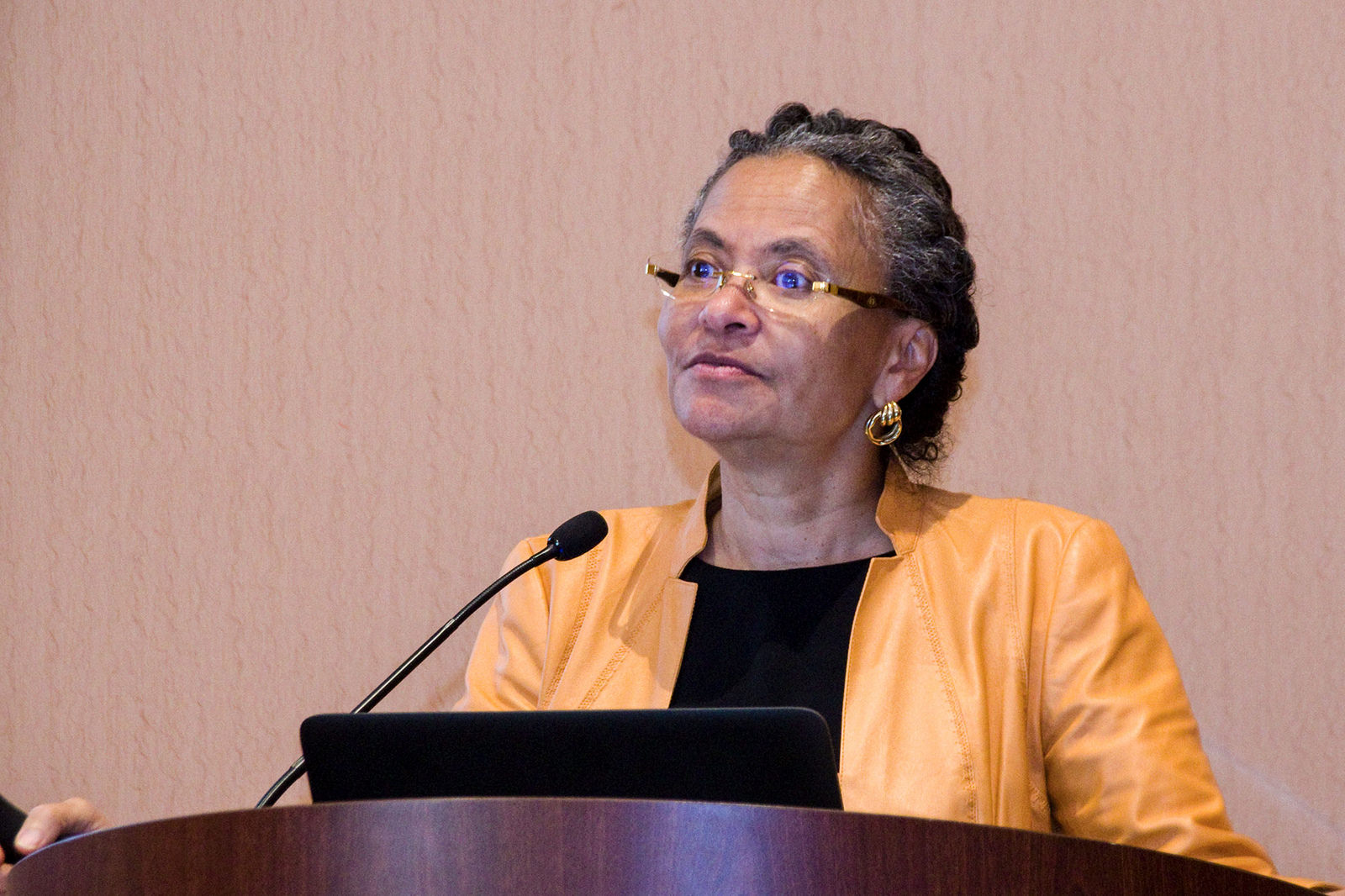 Describing disparities in access to health care in this country, Dr. Camara Phyllis Jones described how many people "fall off a cliff" as she delivered General Synod's Valerie Russell Lecture to a full house Saturday afternoon.

Jones, a family physician and epidemiologist whose work focuses on the impacts of racism on the health and well-being of the nation, was the featured speaker at the fundraiser for the Russell scholarship, which is awarded to an African American laywoman who displays a deep love for and commitment to the United Church of Christ.

Jones described the provision of health care using the metaphor of a cliff. At the top, are forms of preventive care, designed to keep people from getting sick. Halfway down the cliff are safety nets such as screening programs for early detection of health problems. At the bottom are procedures designed to prevent complications from health issues that already exist.

Jones noted that an individual's health is impacted by factors beyond his or her own genes, such things as income, education, access to a job, the kind of housing and transportation in the neighborhood and even the approach of the justice systems where they live. These are the "exposures, risks and stressors that make some individuals and communities sicker than others in the first place," she said. In her cliff metaphor, improving these social conditions would result in moving people away from "the edge of the cliff."

"Very often the same people who have been made sicker, are often frustrated with limited access to the health care system," Jones said. "And then even the lucky ones who get into the health care system are sometimes further injured by differences in the quality of care."
Focusing on the social factors, she said, is the way toward sustainable change in the health care system. "We have to address racism, sexism, heterosexism, capitalism, and the like if we want to achieve social justice and eliminate health disparities."

Jones outlined three tasks that must be undertaken to eradicate racism.

First, she said, racism must be named.  "Many people are in denial of the existence of racism. We must say the word racism or else we are complicit with the denial."

The second task is to ask "how is racism operating here?" When the question is asked, she said, it leads to understanding the disadvantages and reciprocal advantages created by racism. But not everyone can see the advantages, she said. Some people have a life view that there is "disadvantage" and there is "normal."

"You know why people have that life view?" she asked. "Because we are so ahistorical that we do not recognize that 'normal' is built on a whole mountain of unfair 'advantage.' "

Jones used several other allegories to help her audience understand racism and its long-term effects. All three can be viewed on this video from a local TEDx event, produced independently of the TED Conferences.

Jones finished by briefly outlining the third task of eradicating racism: to organize and strategize to act. Jones said people of privilege find it difficult to see the dual reality of racism and that this is part of white privilege, "not to have to know" about the inequities. But once they have seen the disparities, people can choose to act.

As Jones finished her lecture to a standing crowd, the Rev. Traci Blackmon, acting executive minister of Justice and Witness Ministries, responded. "Wow!" Blackmon said.  "I think that's the only word I have and I'm rarely speechless."