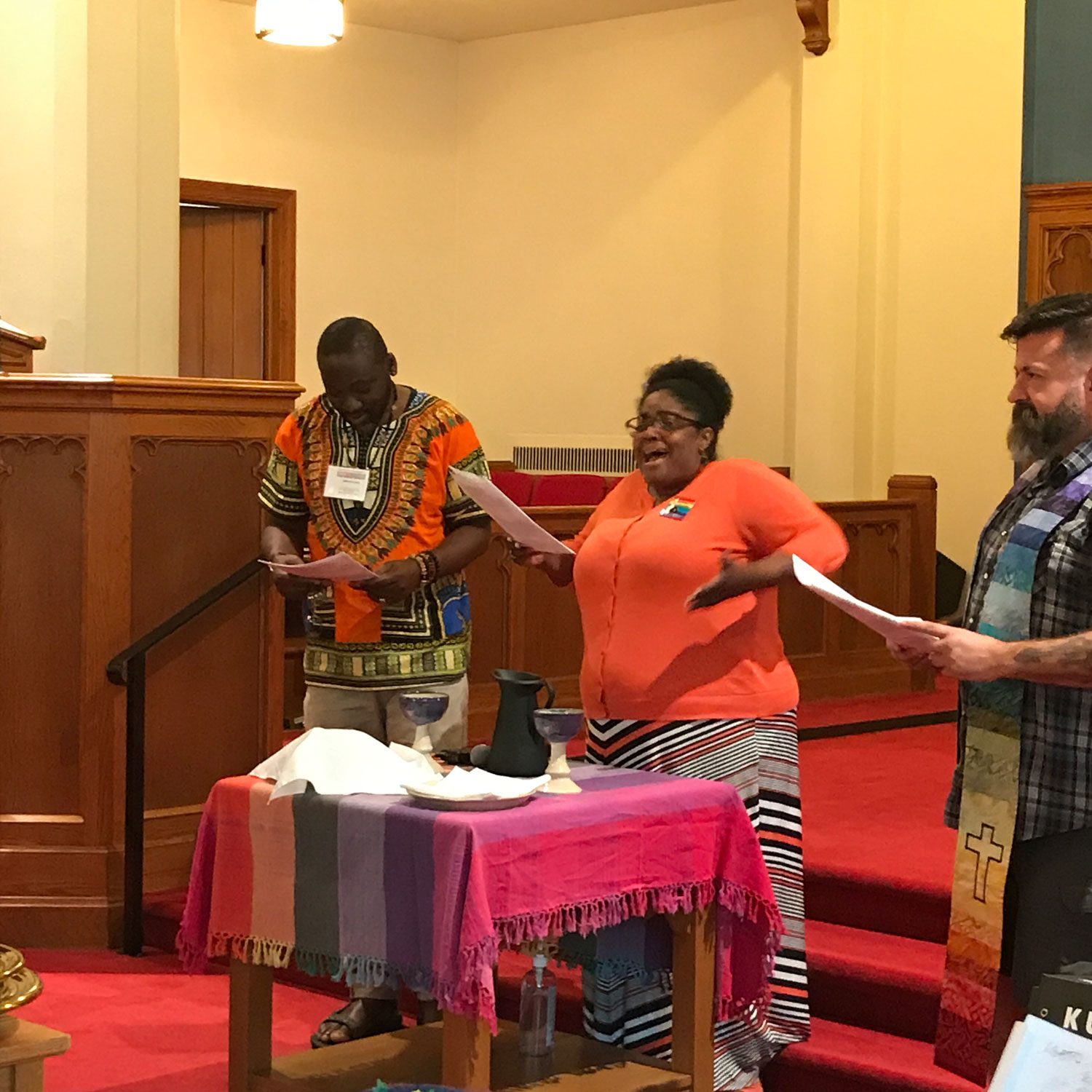 The ONA Coalition's National Open and Affirming Gathering met June 27-29 at First and St. Stephen UCC in Baltimore. This yearly gathering draws ONA church members and LGBTQ activists throughout the country to celebrate successes and to plan for the future of the Coalition.

Cecile Gilson, an Open and Affirming consultant and the executive assistant to the Conference Minister in the Connecticut Conference, has attended several of the Coalition's National Gatherings. She said the meeting showed her that the Coalition is maturing, becoming " more inclusive of all the people on the sexuality spectrum." To Gilson, the gathering felt like a celebration of the fact that the Coalition is growing stronger.

One message that stood out to Gilson was the idea that all people have multiple factors that influence their identities.

"All of us aren't just one thing," she explained. "I am a wife, but I am also an executive assistant."

Speaking at the gathering's Tuesday evening worship, UCC General Minister the Rev. John Dorhauer celebrated the corpus of one person's identity by stating, “I am enough." He explained that people do not need to be more than who they are; who they are is enough for God.

On Wednesday, the Rev. Traci Blackmon, acting executive minister of Justice & Witness Ministries of the UCC and senior pastor of Christ The King United Church of Christ in Florissant, Mo., shared her experience in the aftermath of last year's Pulse Night Club shooting in Orlando. Blackmon said she does not avoid these places of violence, but instead goes to those places to "reclaim them for life and love."

She also lamented the widespread exposure to trauma and toxic vitriol in the media we follow. "I think I have PTSD from Twitter," said Blackmon. She stated there are ways of feeding the spirit, but only together will we survive, referencing the story of Acts 27. Like Paul telling the the sailors of a sinking ship that they will survive, but the ship will be destroyed, Blackmon said we too may have to abandon the ship —our outdated practices and traditions — to save the people, all the people.

"We have no strength if we don't take everyone with us," she said.

On the final morning of the gathering, Jide Macaulay, founder of House of Rainbow, an inclusive and affirming religious community based in London, told his story as a boy in Nigeria discovering his own sexuality. Fearing for his life, Macaulay fled in the middle of the night to avoid arrest. Macauley now lives in London where his ministry focuses on inclusion and reconciliation of sexuality, spirituality, and human rights. On Thursday, Macaulay received the ONA Courage Award for his work in LGBTQ ministry.