Moving from talk to action on divestment 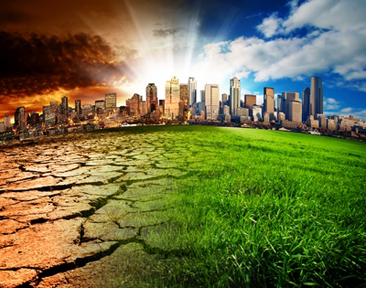 As she listened to an update Sunday on a resolution passed four years ago urging all settings of the church to divest from fossil fuel companies, Laura Keating texted her pastor, asking if their church had divested.

The answer: no. And not likely to happen due to "oil barons" serving as trustees.

Dismayed, Keating, a Member in Discernment from the Montana Conference, stood up at the hearing and asked: "How can we make changes in churches when the culture is very pro-fossil fuel?"

Massachusetts Conference Minister and President the Rev. Jim Antal, who authored the original resolution, responded by sharing the story of another church pastor with whom he had a similar conversation. She was struggling with how to talk divestment when most of the checks in the offering plate were coming from coal company employees. That is, he said, when Desmond Tutu came to mind, and together they decided to initiate a truth and reconciliation conversation on climate change in her congregation, modeled on those that took place in South Africa regarding apartheid.

"Those donations from oil barons in your congregation - they don't come from bad people," he said. "Those people are as caught up in this huge problem that the whole world is facing as everyone else. The church needs to become a safe enough environment where we can talk about the really hard things."

After the hearing, Keating said she was excited to look more into truth and reconciliation conversations to figure out what might come next.

"The first time I walked into my church, the pastor was preaching on climate change," she said. "I was fascinated. It's a concern of mine, and it's important. It's something churches need to be talking about."

Keating said she had been raised in an evangelical church, where such topics were never broached in the pulpit. She was impressed by a church willing to talk about the tough issues. But she is also dismayed at the lack of concrete change.

"It's frustrating to me that there are still structures in the church that allow oil barons to have power where others don't," she said. "That frustrates me a lot. Church is where people should feel safe, where it should be counter-cultural. But the power dynamics are affecting that."

At the hearing, the Rev. Richard Walters, director of Corporate Social Responsibility for the UCC Pension Boards, said a new fund has been established since the last Synod (the Northern Trust Global Sustainability Index Fund) which is based not only on financial returns, but also on future social returns.

But, he said, the fund would have more flexibility if more clergy and lay people chose to invest in it.

He said the Pension Boards have completely eliminated coal, thermal coal and tar sands investments from their portfolios, and have invested $150 million in "green" bonds.

"If we divest, we need to re-invest in a future economy that does not use carbon fossil fuel," he said.

United Church Funds Director of Social Responsibility Katie McCloskey said that organization has also eliminated coal and tar sands investments, and said the fixed income funds now have nine percent invested in green energy. She also said UCF is working on adding an overall "environmental screen" to eliminate investments in any companies with poor environmental records, no matter their industry.

UCF launched the Beyond Fossil Fuels Fund in response to the Synod vote, but echoing Walters, McCloskey said more investment is needed to build up that fund.

"We need you to have the conversation, to go back to your home church make sure you know where your investments are right now," she said. "We built these options – we want you to use them."