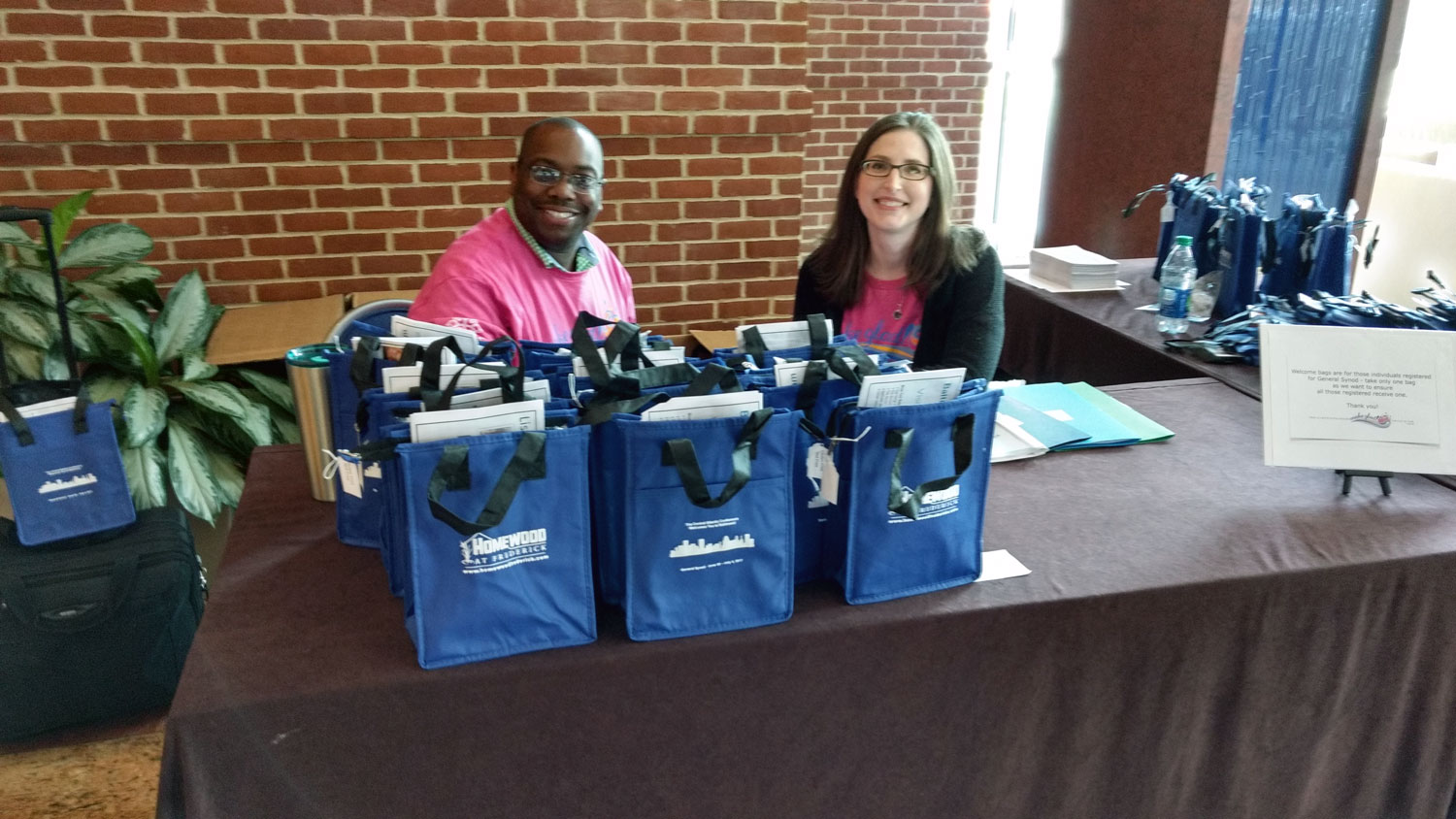 It's late June in an odd-numbered year and thousands of conference representatives, clergy, and delegates of the United Church of Christ are gathering for their biennial governance meeting in Baltimore.

It sure looks like Synod. There are friendly faces of local church volunteers welcoming guests and getting them registered. Hugs are in abundance as old friends greet each other in the Baltimore Convention Center. But amid the extravagant welcome, there is a noticeable absence.

Where are the cookies? Replaced, at least for this Synod, by prepackaged snacks provided by the churches and members of the Central Atlantic Conference.

White says the snack committee, chaired by Linda and Steve Matthias from St. Mary's UCC in Silver Run, Md., borrowed a practice from their own Central Atlantic Conference meetings and determined to supply prepackaged snacks such as pretzels, cookies, and crackers.

"We offer individual snacks at our annual conference meetings," White says. "The snack committee took that idea and scaled it up for General Synod." Snacks for the estimated 4,000 General Synod delegates and visitors appeared on June 29 first as part of the welcome bag received at hotels. Additional snacks will be available throughout the Synod at snack bowls located in the hotel lobbies and at the entrance to the convention center. In an additional nod to convention center rules, snacks will not be distributed inside the center.

White estimates more than 20,000 individual snacks will make their way to Synod, showcasing a new way to engage local churches and members in a new form of hospitality.

For those recalling the usual variety of cookie flavors and styles from previous Synods reflective of regional and individual tastes, White replies that delegates can expect a variety of pretzels, cookies and crackers, all purchased with donated funds or supplied directly from local churches. "We included every single [Central Atlantic Conference] church in this effort," she says. "Some churches contributed money, and more than sixty churches purchased snacks." Even the welcome bags were sponsored by Homewood, a retirement community in Frederick, Md., so no Conference or Synod funds were needed to supply snacks.

Snack purchases occurred mostly during May, and primarily at warehouse clubs, but White believes that few store snack shelves throughout the conference were left untouched.

Homewood residents also assembled the first 500 welcome bags with the remaining 2,500 welcome bags assembled by additional volunteers last weekend at St. John's UCC in Catonsville and delivered to Baltimore in a 20-foot truck.

While White says the absence of cookies may disappoint some at Synod, she notes that providing pre-packaged snacks has advantages, especially in reducing the challenges of identifying which products are nut-free and gluten-free. It also makes managing contact with products containing peanuts much easier.