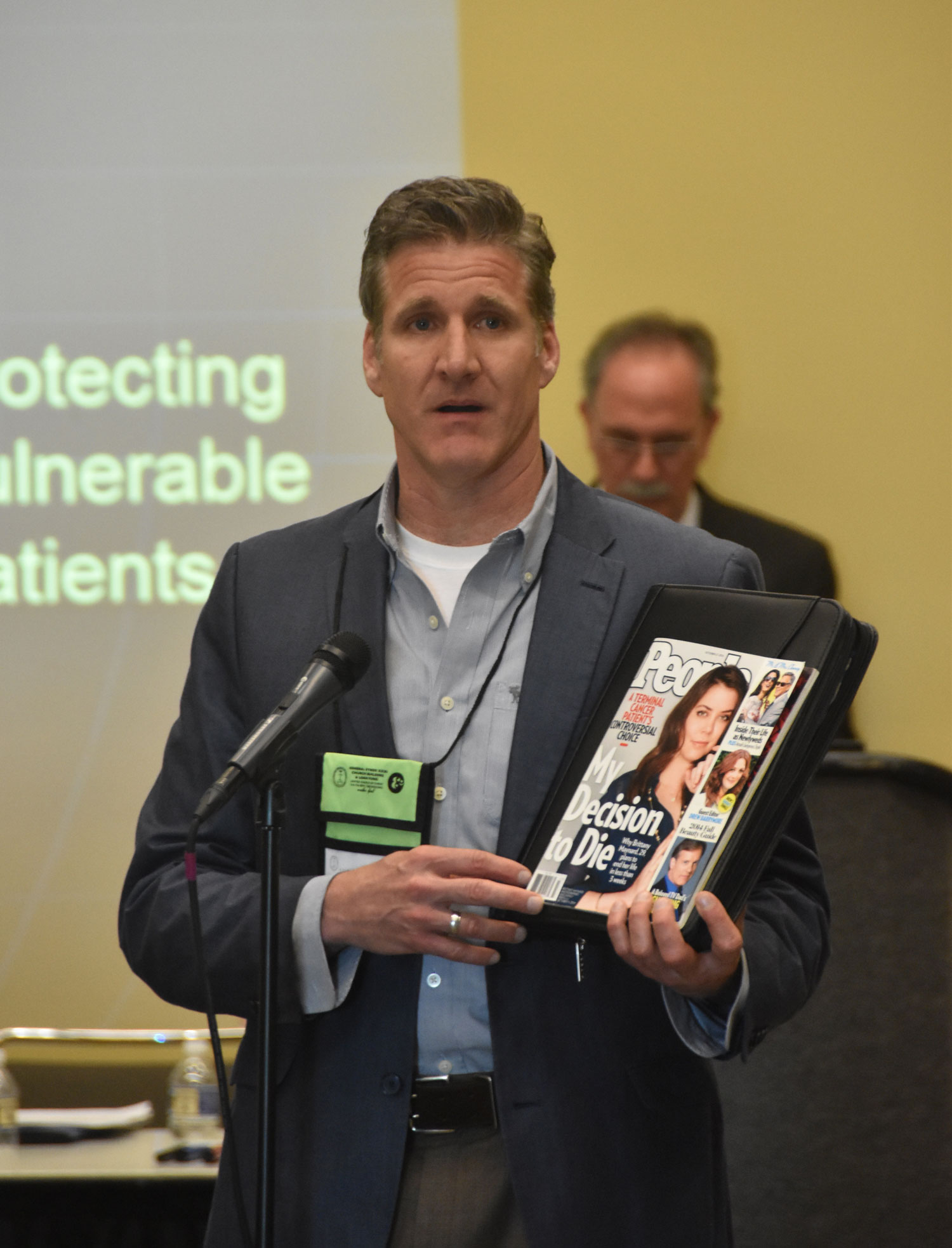 For Brittany Maynard and her husband, Daniel Diaz, New Year's Day of 2014 brought stunning, tragic news. The twenty-nine year old woman learned that a massive, aggressive glioblastoma brain tumor threatened to take her life in, doctors believed, three and a half years. But after major surgery at the University of California San Francisco Medical Center, and realization that the tumor had resumed growth, the young couple faced the prospect that her life would end in less than six months.

Delegates to the United Church of Christ's 2017 General Synod in Baltimore will consider encouraging states to legalize medical aid in dying this week, a cause which Maynard espoused before her death and which Diaz has championed in the three years since. The couple moved to Oregon, where the 1994 "Death with Dignity" law has permitted terminally ill patients to obtain a self-administered prescription and meet their death without prolonged suffering.

"The goal is always to live life as long as you can," Diaz said in an interview. "Brittany wanted to fight the cancer, but to do it in Oregon."

She told her husband, "I will not die with the way the tumor would end my life." It would, Diaz said, torture her to death.

Instead, she took back some control, held at bay some of the chaos imposed by the aggressive tumor. It allowed her to conquer the terror that threatened her well-being just as surely as the cancer. "When she received the medication, that fear vanished," Diaz said.

"Her navigating that disease for ten months," he recalled, "was full of grace." She actively promoted medical aid in dying legislation, so that others would not have to leave their homes in order to have the option of passing from life without prolonged suffering.

The resolution before Synod delegates takes the Oregon law as a model for other states. It permits persons who are competent adults to receive and self-administer a life-ending medication after two physicians have diagnosed a terminal illness with a prognosis of months to live.

Diaz stressed two truths of the existing law in Oregon, which is the model for similar legislation being considered by other states. First, it creates an option. No person is required to apply for it, or exercise it. In Committee Fifteen's Educational Intensive on Friday, Dr. Michael J. Strauss noted that in Oregon, roughly a third of patients who successfully applied to receive the medication have chosen not to take it.

"The first thing you learn about God [in church] is that God is love," Diaz said. He learned that lesson well. Such a God, he firmly believes, will not insist on terrible suffering in a human being before welcoming that person into the next life.

Committee Fifteen recommended that the Resolution of Witness in Support of Legislation Authorizing Medical Aid in Dying be voted by the full General Synod.

The Rev. Eric Anderson, a newsteam volunteer celebrating his 6th Synod, joyfully serves as pastor of Church of the Holy Cross UCC in Hilo, Hawai'i.