Declaring the Earth is the Lord’s, UCC calls for environmental imperatives for a new moral era 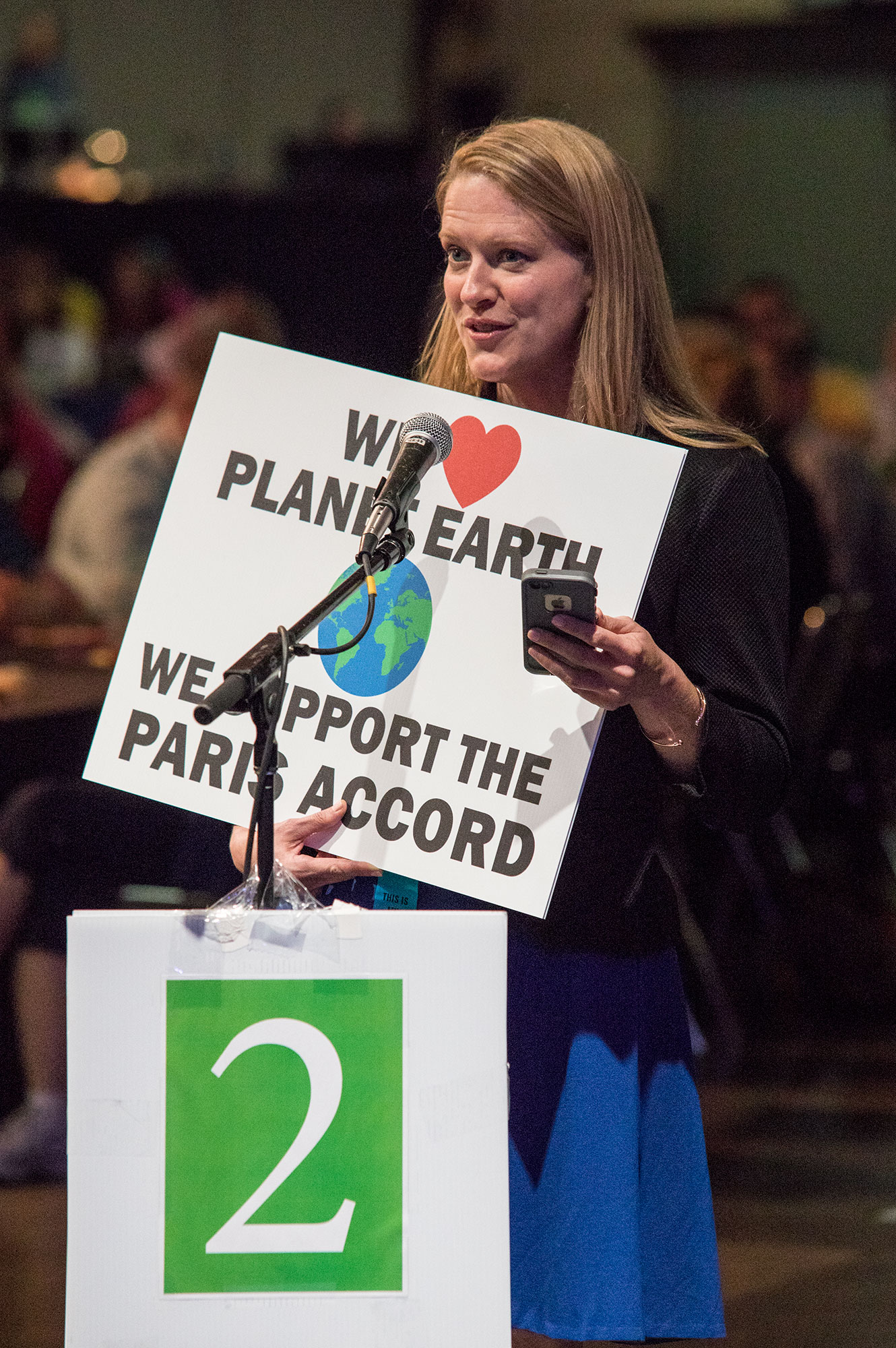 The United Church of Christ, noting both the urgency of climate change and the continued debate over its existence, is "raising its prophetic voice" to urge the "healing of the Earth."

On Monday, July 3, the delegates of the General Synod passed a resolution that calls on clergy across the life of the church to preach about the moral obligation to protect God's creation, and appeals to its members to lead efforts to educate and advocate for legislation to reduce the human impact on the environment.

"The climate crisis is an opportunity for which the church was born," said Rev. Jim Antal, president and conference minister for the Massachusetts Conference United Church of Christ, and the author of the resolution. "This sets the stage for engagement and hope. This is a proclamation of truth and the love of God's gift."

The resolution, "The Earth is the Lord's-Not Ours to Wreck," which passed with more than 97% of delegates in favor, was first adopted by the denomination's Southern California Nevada Conference at its June meeting in response to the United States withdrawal from the Paris Climate Accord. Since then, more than 16 additional regional conferences endorsed the resolution at their annual meetings.

"No resolution has arrived to General Synod with this much momentum," Antal said.

While addressing climate change, the action primarily calls attention to efforts, often politically motivated, to belittle the science behind climate change and deny what climate supporters say are obvious impacts on the environment. "The truth is under attack," says Marilyn Kendrix, chair of the Synod committee that considered the resolution. "It is up to us to reclaim truth."

The resolution relates the Bible's description of the encounter between Jesus and Pilate. When asked, "So you are a king?" Jesus responds by declaring to Pilate, "I came into this world to testify to the truth. Everyone who belongs to the truth listens to my voice."

Science, Kendrix adds, has no political opinion or bias. "Science is the basis of our understanding of climate change, and science is under attack. [This resolution] is about the truth."

The Rev. Denise Mason Bullitt, interim conference minister of the Central Atlantic Conference, agreed. During the Synod committee process, she said, "Science has everything to do with our responsibility and accountability to address climate change. Scripture tells us we have a firm foundation in the truth."

The resolution calls on UCC clergy, churches and members to speak from the pulpit and in the "public square," and to set an example "through words and actions." In the committee process, specific references to the current U.S. administration were changed to reference to the "powers that be." Kendrix says this added a more "biblical focus" and recognized that criticism of climate change can happen with future U.S. administrations as well as other governments around the world.

The committee also added language to recognize impact of climate change on poor communities, communities of color, and indigenous people.

Other General Synods have addressed environmental concerns, with 19 previous resolutions, beginning with the second General Synod in 1959, and most recently including a measure adopted in 2015 calling for responsible stewardship of the outer space environment. John Lof, a delegate from the Iowa Conference, says he voted for that resolution and supports the action the UCC is taking in 2017.

He called on delegates to "go home and put this resolution to work."

Pam Arifian, Connecticut Conference, reminded delegates of a previous presentation calling on the church to focus on its three great loves: love of children, love of neighbor, and love of creation. "This is a natural extension of our witness and our three great loves."

Emphasizing that he may be "speaking to the choir," Phil Porter, a delegate from Northern California Nevada Conference, urged the church to "sing together loudly."

Reflecting on how quickly this resolution came together with the cooperation of conferences throughout the country, Southern California Nevada Conference Minister Rev. Felix Villanueva says this "proves what happens when we network with one another."

"Let's work together now to save the world."