Aaron Mair: I am here because you connected the dots 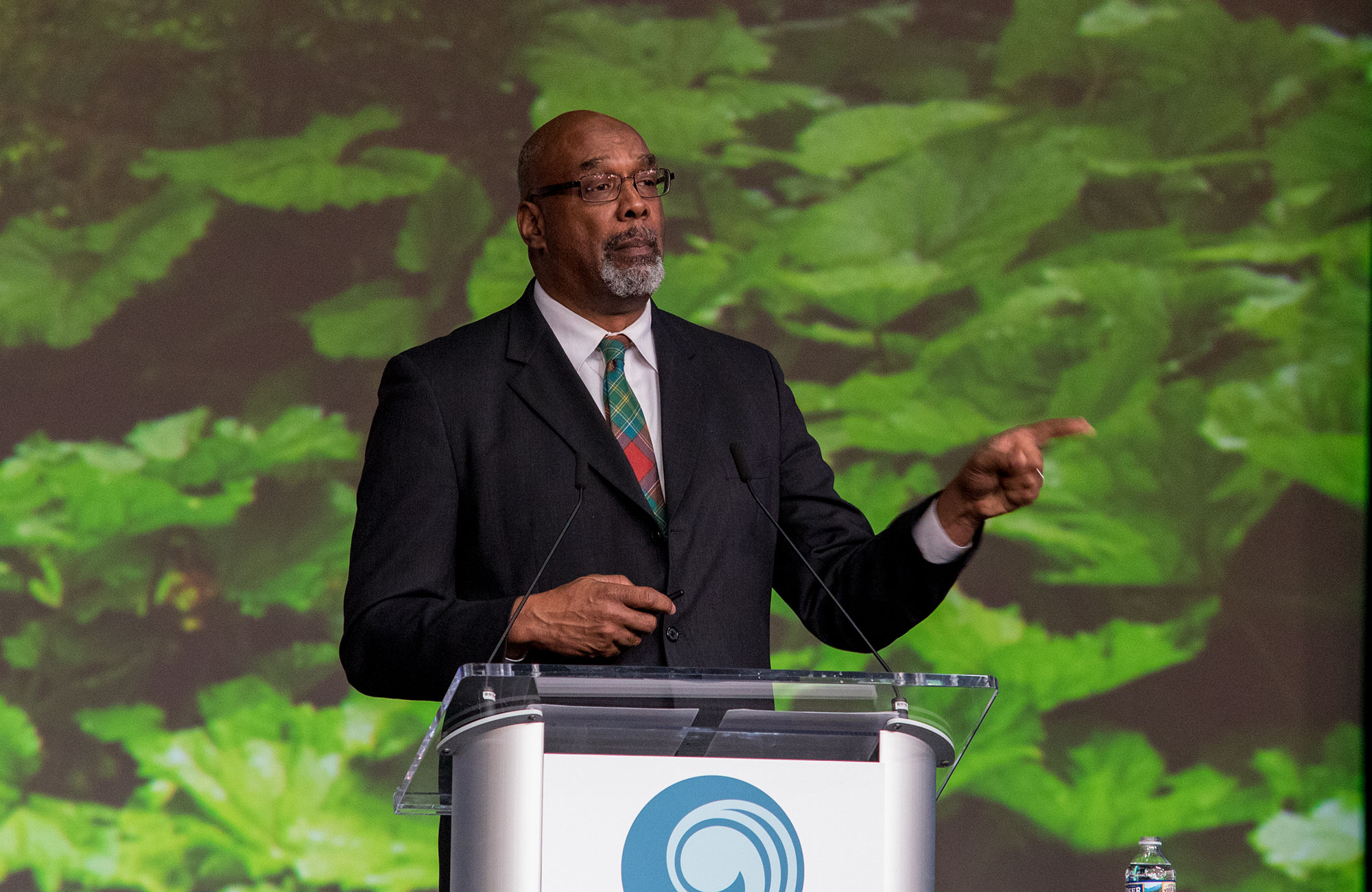 A 30-year-old report by the UCC Commission for Racial Justice, "Toxic Wastes and Race in the United States," "lit the fuse for environmental change" when it focused national attention on the link between communities of color and the location of hazardous waste sites, according to Aaron Mair, the first black president of the Sierra Club.

Monday's keynoter for General Synod 2017 in Baltimore, Mair credited that report with drawing the first connections between economic inequality and land-use policies that codified and perpetrated that inequality and opening eyes to the obvious injustice.

"This was transformative," he said. "For the first time, a national organization lifted up a data analysis to show how institutional racism was being played out in civil policy. That study asked the question: Why are toxic waste dumps placed in the neighborhoods of people with the least power to fight back? Why do the parks and preserves go to the affluent middle-class neighborhoods where they increase the value of the homes?"

Mair's personal story of environmental awakening and activism was closely tied to the results of that study. He had settled his family in a working class neighborhood in Albany. N.Y., in the 1990s only to find that his home was "upwind from a trash incinerator," which spewed particulate waste.

"We saw increased rates of asthma, cancer and autoimmune disease, and my two oldest children developed symptoms of environmental asthma. I had to step forward into that breech."

Mair reached out to major environmental organizations for help, and he was invited to a meeting of the Sierra Club in New York City. "The first question I was asked was, had I checked with the NAACP? They didn't see anything but the color of my skin. They couldn't see the issue as something they wanted to address. They turned me down."

He went on to launch a successful protest movement against the waste incinerator, and the photo of a pregnant woman protecting herself from the ash with an umbrella proved to be its most effective poster.

Mair traced his own family's connection to the land from slavery through Reconstruction and segregation to today when annual reunions take him back to North Carolina every August to the same plot of land that his great grandfather Zion purchased with his first wages as a free man.

"My four daughters are connected to that land. It's a spiritual bond, and my great grandfather's stewardship of that land was critical to our existence."

But Jim Crow laws were created to pry them off the land. Mair showed a slide with his great grandfather's poll tax receipt for an unbelievable $2,281. "It was intended to re-enslave them and push them back into servitude and vagrancy."

Mair also reminded the gathering that the roots of the environmental movement are hardly free of racism. To create John Muir's beloved Yosemite National Park, he noted, Native Americans were moved from their ancestral lands.

"And then there was scientific racism, eugenics, that codified the idea that whites were better stewards of the land. The conservation movement was one of the early creators of that division of the races."

Mair urged the UCC to continued to work to dismantle racism and demand places at the table. "Require all the green groups that you support to include diversity indicators. If you stop funding those that don't, you'll change the organizations."

As he finished his talk, Mair took a selfie to record his presence at General Synod. "You are a cutting edge of justice and inclusion. I pray you continue this investment in humanity.

"I stand here because you connected the dots."