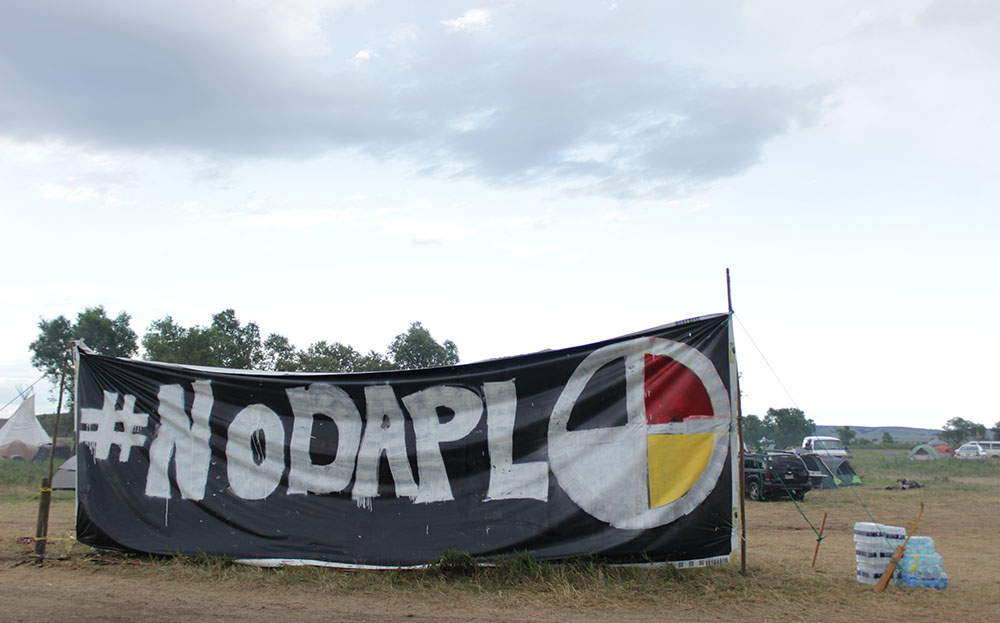 While the effort to stop the Dakota Access Pipeline suffered a setback in federal court on Friday, the Native American people defending their land and their water in North Dakota won an important victory that effectively brings construction to a halt near the Standing Rock Sioux reservation temporarily.

Federal District Judge James E. Boasberg denied the Tribe's request for an injunction to stop construction, writing in his Sept. 9 decision that the Tribe failed to show "it will suffer injury that would be prevented by any injunction the Court could issue."

However, a joint statement from the Department of Justice, the Department of the Army and Department of the Interior, released right after the court decision, notes that significant issues raised by the tribe remain. So the government is asking the Texas-based Energy Transfer Corporation to pause construction "until the Army can decide if it needs to reconsider its previous decision under the National Environmental Policy Act (NEPA) or other federal laws." 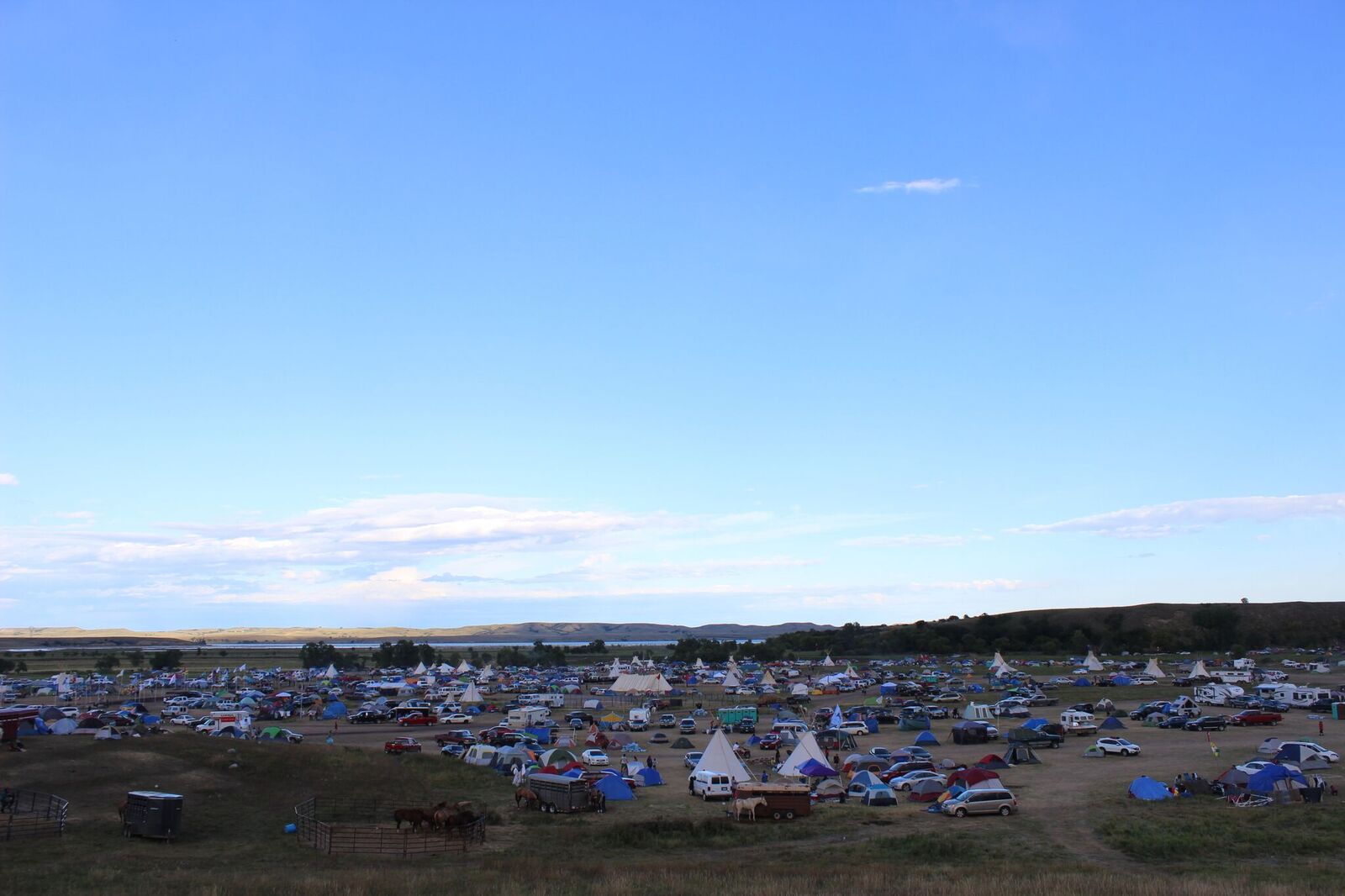 The DAPL would cross under the Missouri River, the water source of millions of Americans, at Lake Oahe, upstream from the reservation. A contingent of United Church of Christ clergy, in North Dakota as part of a 33 person delegation of religious witnesses and interpreters, traveled from Ohio and Minnesota to stand with the Native American people and their allies in defense of the lands and the water, and to await the court decision.

In a sacred camp set up near the construction site, Melanie Benjamin, the Chief Executive of the Mille Lacs Band of Ojibwe tribe said last night that Indian people "have a responsibility to protect the land, the water, the air, everything that was given to us to live with and we have to protect that for our next generation, the next seven generations."
(Benjamin explained that they say whatever you are doing today, whatever decision you make today, that will have an impact on that next generation seven times into the future.) 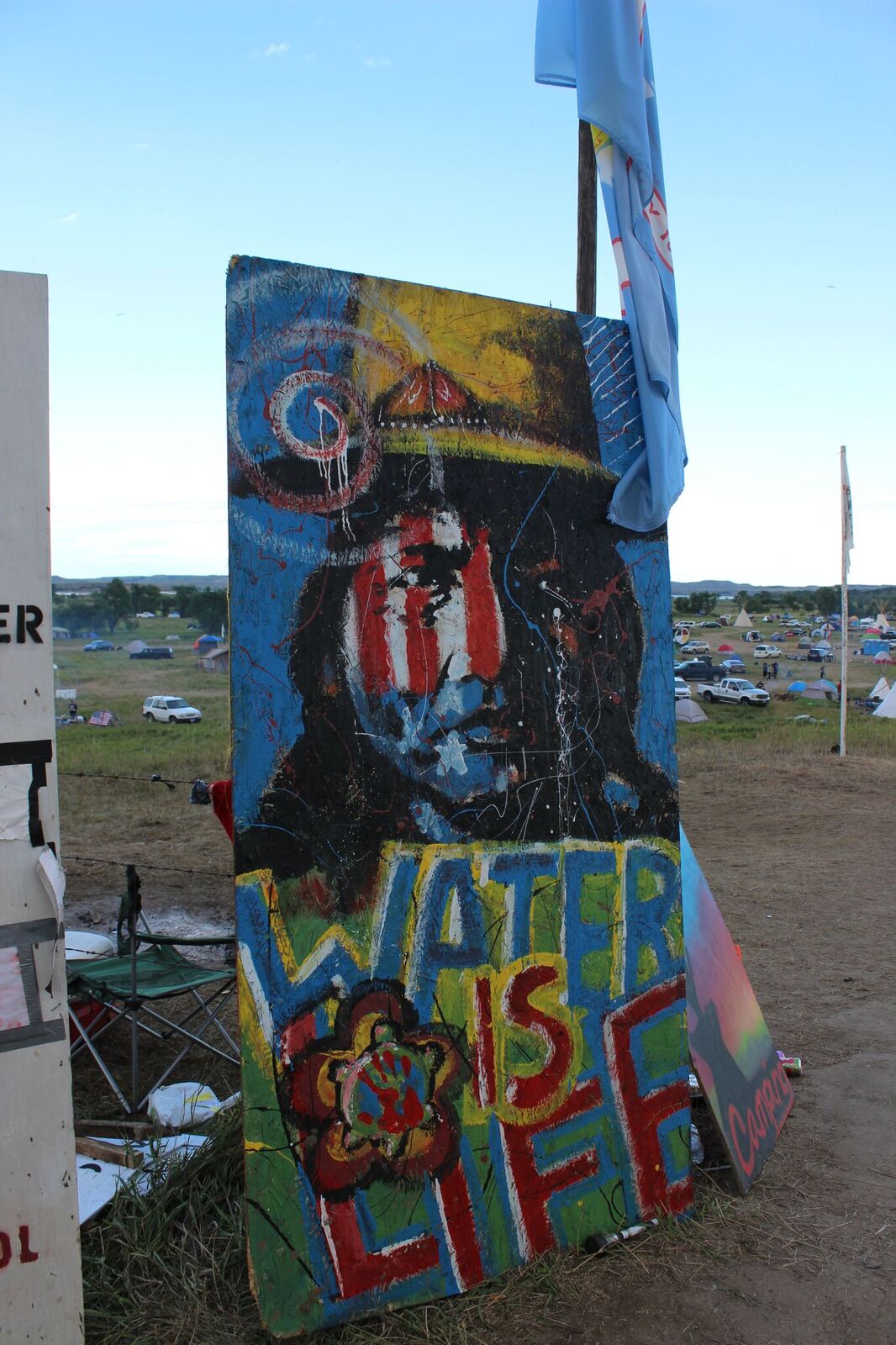 The Rev. Marlene Whiterabbit Helgemo, pastor of All Nations Church, Minneapolis and the interim executive director of the UCC Council of American Indian Ministries said, "We have people here from the Lutheran church, the UCC, the Episcopalian church, tribal leaders and what I call allies—people who are really concerned also, not just because they are Indian and not Indian, but they are concerned about what could happen to the environment if disaster should occur with a breakage in one of these pipelines anywhere along the river as it winds its way from North Dakota to Illinois."

"We want to educate, we want to protect, we want to make sure that the country knows what this issue is all about," said Benjamin. "I am hoping that all of the Indian people who are here can raise the awareness in the United States and the world to realize that we have a huge mission in front of us and by sticking together, our prayers, our offerings, we can get the job done."

"In recent days, we have seen thousands of demonstrators come together peacefully, with support from scores of sovereign tribal governments, to exercise their First Amendment rights and to voice heartfelt concerns about the environment and historic, sacred sites," the government statement reads.  "It is now incumbent on all of us to develop a path forward that serves the broadest public interest."

"The tribal chairman of Standing Rock has asked each of us that we be in prayer that when the judge makes a decision that it will be a good decision," said Helgemo, "and whatever happens with that decision that we can all continue to stand together as a defender of the water."

Several petitions are being circulated nationwide to stop this pipeline. Add your voice here.