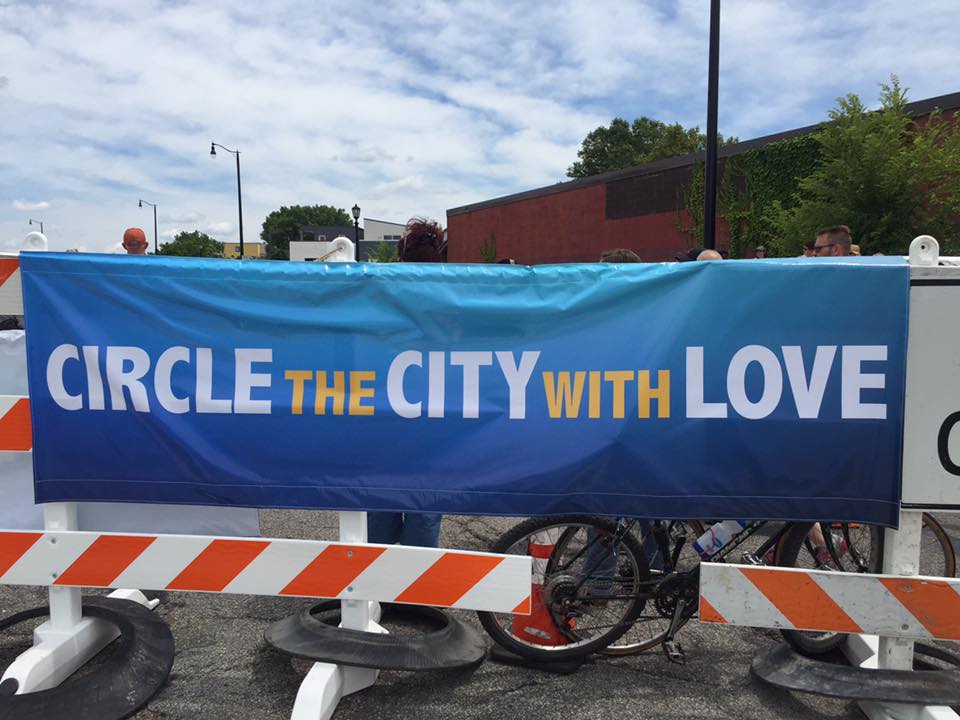 This week, the Republican National Convention is bringing 50,000 visitors to Cleveland, home of the United Church of Christ national offices, creating a host of challenges and opportunities for those living in the city and working at the denomination's headquarters.

The Church House, at 700 Prospect Ave., sits right in the shadow of Quicken Loans Arena, GOP convention central. The security perimeter, which limits traffic to delegates, media and other credentialed guests, begins right behind the building. East Fourth Street, just steps away is the base of operations for media, with NBC, CNN, MSNBC, Twitter and Bloomberg staking claim on broadcast spaces. CBS News has booked the church's Radisson Hotel for the week. Fencing is everywhere, streets immediately surrounding the area are closed or limited to foot traffic, and with travel restricted in much of downtown, UCC leaders decided to save employees the challenge of commuting and closed the national offices until 7 a.m. on Friday, July 22.

However, the building at 700 Prospect will remain open from 7 a.m.-2 p.m. to staff members needing access, guests and visitors, in an expression of the UCC's extravagant welcome. The UCC message of love and acceptance will also be visible. 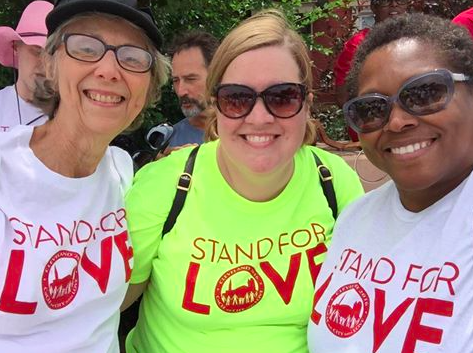 In fact, several UCC staff members kicked off convention week participating in an event on Sunday, July 17, that embodied the powers of love, peace and acceptance as a way to welcome the GOP conventioneers. 'Circle the City with Love' drew thousands to the city's Hope Memorial Bridge, where they stood holding hands in silent reflection to demonstrate the unity of the people of Cleveland.

"I hope the vigil today releases spiritual energy for justice and peace into the city, the nation, and the world," said Edie Rasell, UCC minister for economic justice.

A diverse group of Greater Clevelanders and visitors — black and white, young and old — braved the 85-degree heat and stood in silence for 30 minutes on the bridge that joins the city's East and West sides.

"In the UCC, we say all are welcome," said the Rev. Karen Georgia Thompson, UCC minister for ecumenical relations. "Today's nonpartisan event was in the spirit of love and welcome, an effort to counteract the hatred that is so evident among us. We awoke this morning to more violence, the shooting of multiple police officers (in Baton Rouge, La.), as we continue to mourn so many other events. Communities must come together along with communities of faith to bring peace to our cities."