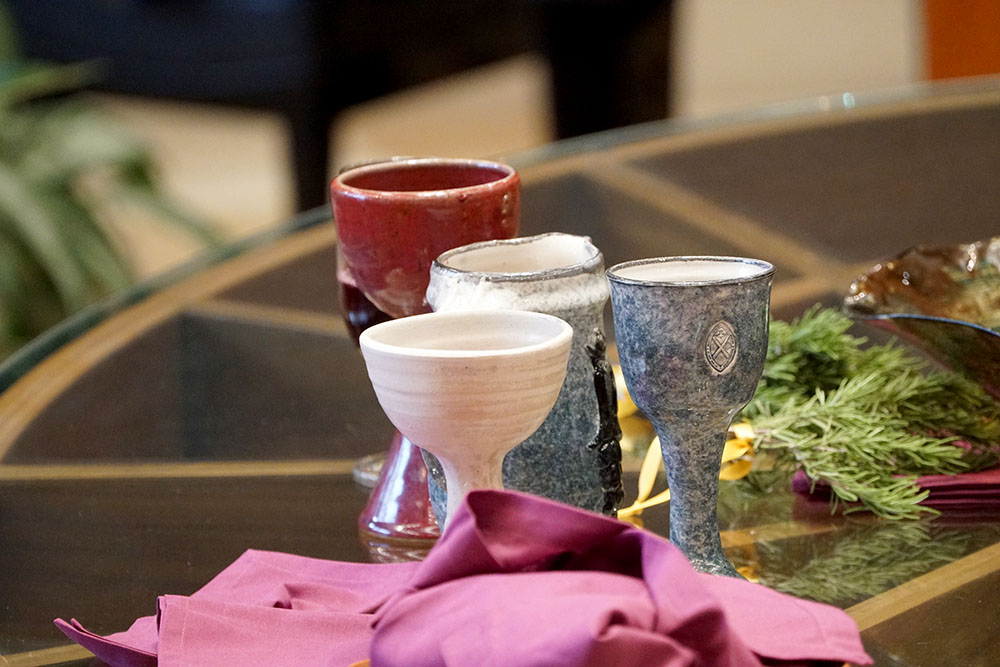 Setting aside their different viewpoints, and focusing on what they share in common, four Protestant churches in the United States have embraced a shared journey during the last two decades as part of their commitment to reconciling the separated branches of the Church of Jesus Christ.

This week those churches — the United Church of Christ, the Presbyterian Church (USA), the Reformed Church in America and the Evangelical Lutheran Church in America — begin a celebration of that 20-year commitment to the four-way Formula of Agreement communion.

A full communion allows two or more churches to recognize each other’s sacraments, ministries, and ordination of ministers, allowing them to be called by and to serve congregations of either denomination.

"I value greatly the Formula of Agreement we share with the Lutheran, Presbyterian, and Reformed Churches in the U.S. While there have always been disagreements, we encourage and admonish each other with grace, dignity, and mutual respect," said the Rev. John Dorhauer, general minister and president of the UCC. "We benefit from the differences, and celebrate the unity we share at the table of the Risen Christ. Our call to seek unity in the body of Christ creates a spirit of openness that engenders these deep relationships; and the relationships broaden our perspectives."

The Rev. Tom De Vries, general secretary of the Reformed Church in America, said the unity shared by the four churches "is a testimony to how followers of Jesus Christ can set aside different points of view and even some disagreements of theology and embrace the common faith, common convictions, and common commitments we have together."

"The life of the Reformed Church in America has been enriched because of relationships with these three denominations," De Vries said. "It has helped us understand our Reformed identity more fully, and embrace who God has called us to be, and it has also allowed us to embrace fellow sisters and brothers in Christ with whom we share a journey of mercy, compassion, and justice together." 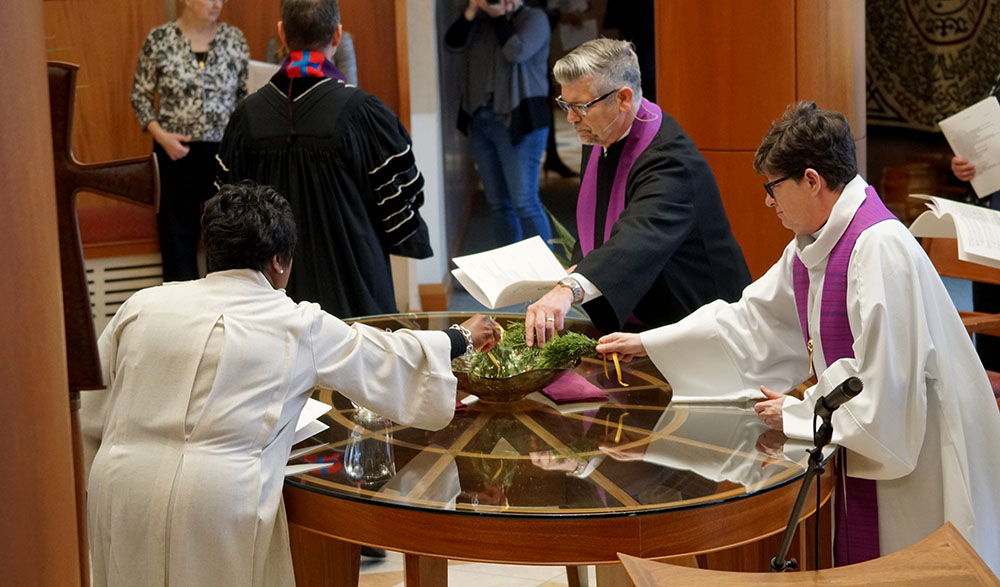 Representatives from each of the four churches gathered for two days in Cleveland March 26-27 as part of that celebration, but also are spending time exploring what the next 20 years of partnership might look like. They celebrated the signing of the agreement in a shared worship service on Sunday afternoon, and reconvened for all-day discussions the next day.

Said De Vries, "It is my hope that we can continue to affirm one another in our living under the gospel, and also encourage one another to love and good works as we put our faith into action."

The Formula of Agreement is one of the UCC's four full communions with churches in North America and Europe. The other communions are with the Christian Church (Disciples of Christ) and the United Church of Canada, and a Kirchengemeinshaft with the Union of Evangelical Churches in Germany (UEK).

While full communion opens up possibilities for cooperation among the national and regional ministries of participating churches, the relationships between local congregations are what help the agreements become alive.

"It has allowed us to express our unity in Christ among the four denominations,” said the Rev. SanDawna Ashley, assistant stated clerk and manager for leadership development and church leadership connection for the PCUSA. "Often we find the exchange of ministers is used when we have smaller congregations that are looking for well-trained ministers — being able to go to denominational partners and having confidence that well-trained ministers can serve in smaller or remote churches is a blessing."

The Rev. Elizabeth Eaton, presiding bishop of the Evangelical Lutheran Church in America, was pastoring a local parish 20 years ago, wondering what the Formula of Agreement meant in practice. What she discovered is that the four churches would, in part, be open to tension.

"We name, right at the beginning, that this is going to be a relationship of admiration and admonition,” she said. “And there are some things named that are deeply important to each tradition. We said, 'We're not going to figure this out, we are going to live with this tension.'"

"And [we did that because] maybe we could be an example to our own people and people in our time," Eaton said.

The agreement was signed by the four churches in 1997.