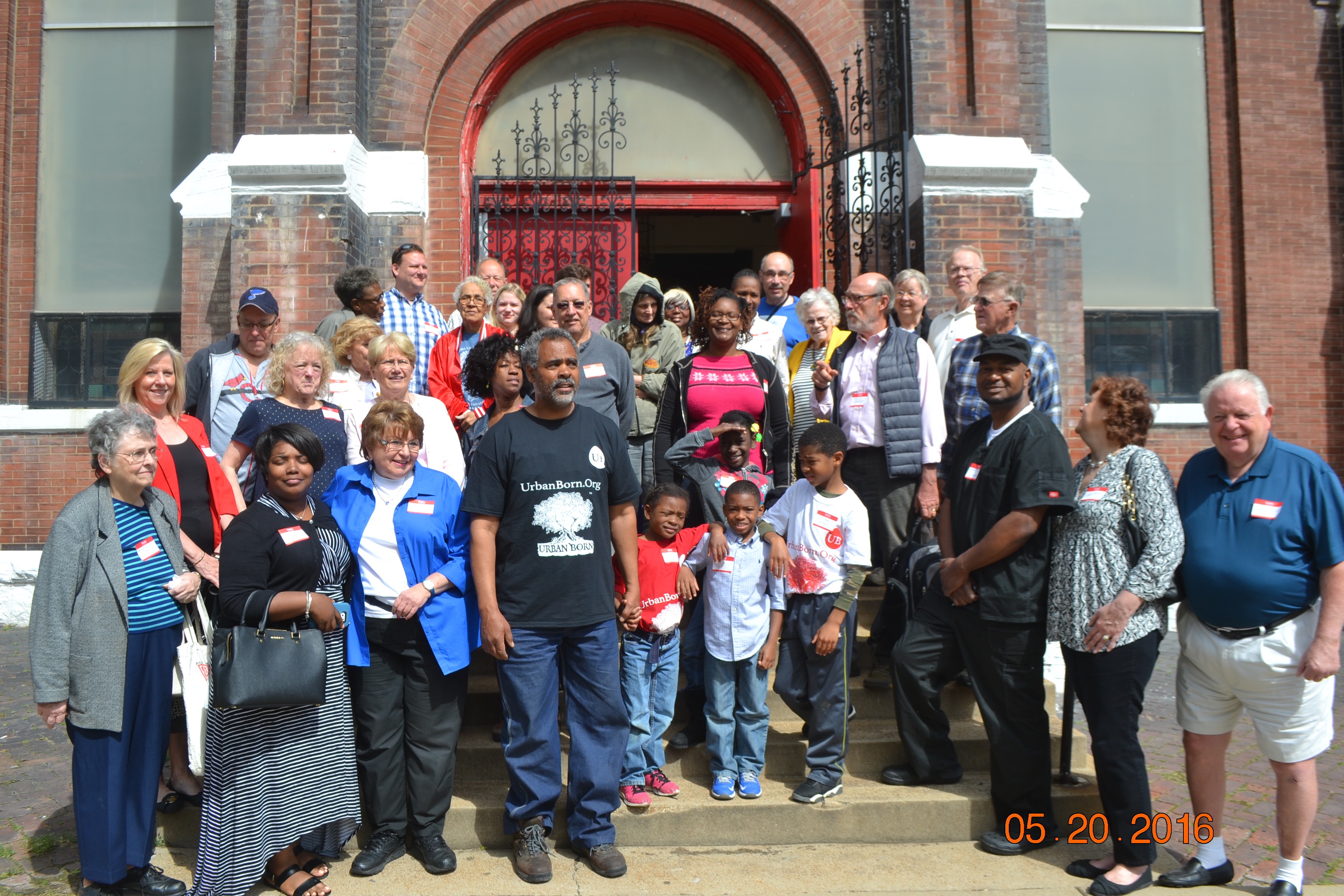 The pull of a place called home proved to be a pretty profound experience for the Rev. Don Stahlhut, his two brothers and a score of members and friends of the St. James United Church of Christ in North St Louis, Mo.

On Saturday, May 21, the group returned to the old church and their former neighborhood for a "Homecoming." They told stories and toured the grounds of the old St. James UCC, closed in 1979, which is being reborn by Urban Born, a nonprofit for children located on the four-building campus.

"Urban Born has become a great beacon of hope for the community," said Don Stahlhut. "It's the sole organization that is serving over 1,000 neighborhood youth up to the seventh grade via after school and summertime programs. The organization's slogan is 'It's Easier to Catch on Now Than to Catch Up Later!'"

Urban Born founder Johnel Langerston chose to bring hope to this particular neighborhood in 2012, finding the College Hill area, he said, by Googling "worst place to live." Looking for a challenge and a fresh start, the 52-year-old California marketing company executive bought the church property which had been vacant for years, starting a small after-school program focusing on education first and basketball second. Langerston and his family live on campus in the old Sunday school building. They run the nonprofit out of the gymnasium. Renovation of the parsonage and church will come later, as money and time permit. 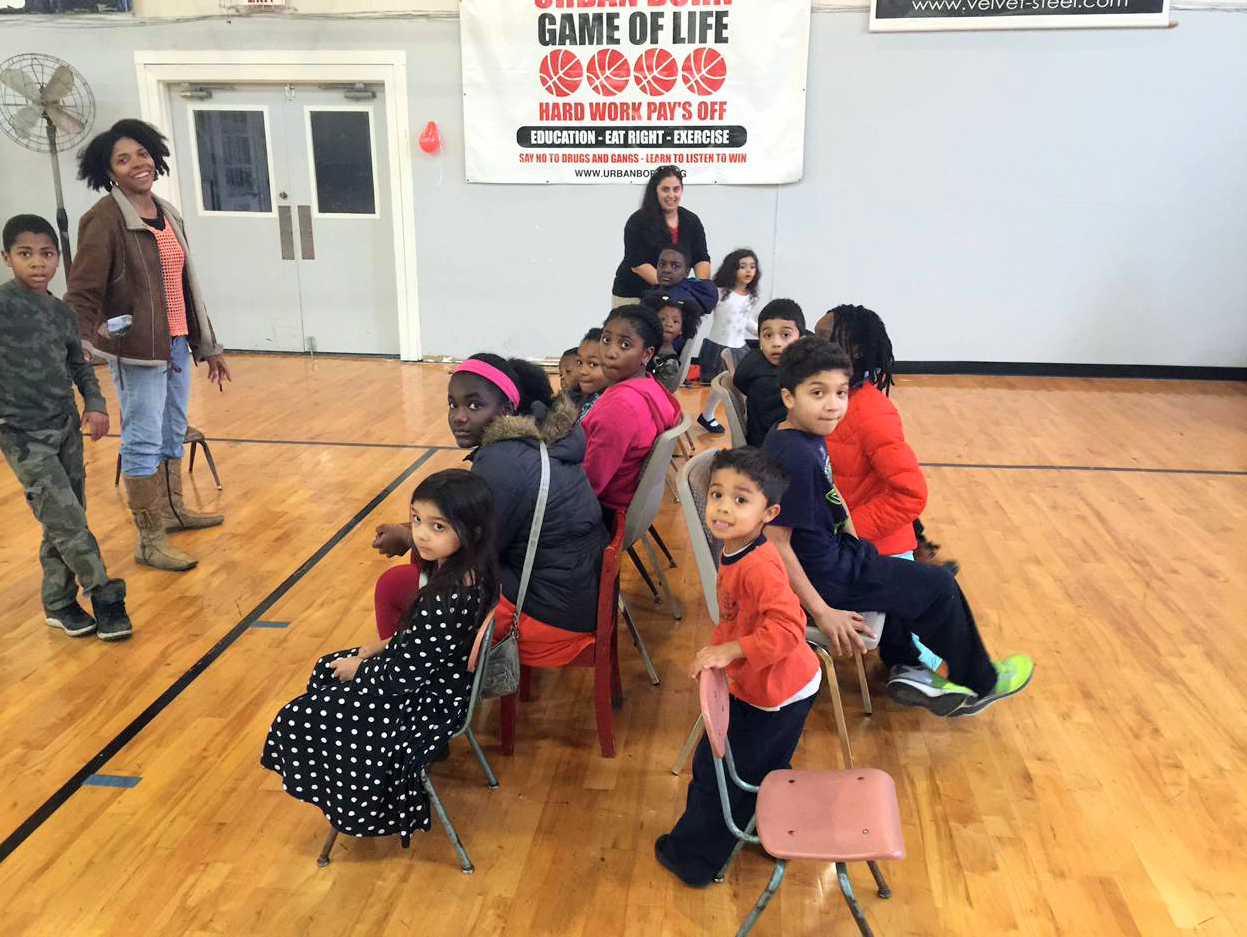 Stahlhut, a 71-year-old retired UCC minister learned about Urban Born in 2014 when he stopped to visit the church where he grew up. His father, Herbert E. Stahlhut, was the pastor there from 1947 until 1960. Don Stahlhut was baptized there, and it's the place his father's funeral was held.

He and his brothers, 74-year-old Ralph and 69-year-old Mark, were so moved to find Urban Born reaching out to youth in the area that they decided to be fundraisers, forming the College Hill Partnership, sharing the story of Urban Born to the former community of St. James UCC to raise scholarship money for the neighborhood children.

"We held our breath as we invited people to become financial partners with Urban Born and support the great things being done in their old College Hill church and community," said Don. "So far, there have been 62 donations for a total of $11,350, ranging from $25 to $500, coming from such far-away places as Oakland, Calif., and Brooklyn, New York. There has also been a grant from an unlikely multinational corporation."

"Urban Born infuses a sense of hope into the former St. James UCC neighborhood that was without it for decades," said the Rev. Mark Stahlhut, also a retired UCC pastor. "After all these years, it is amazing and exhilarating to experience a new sense of life in the place where I was born." 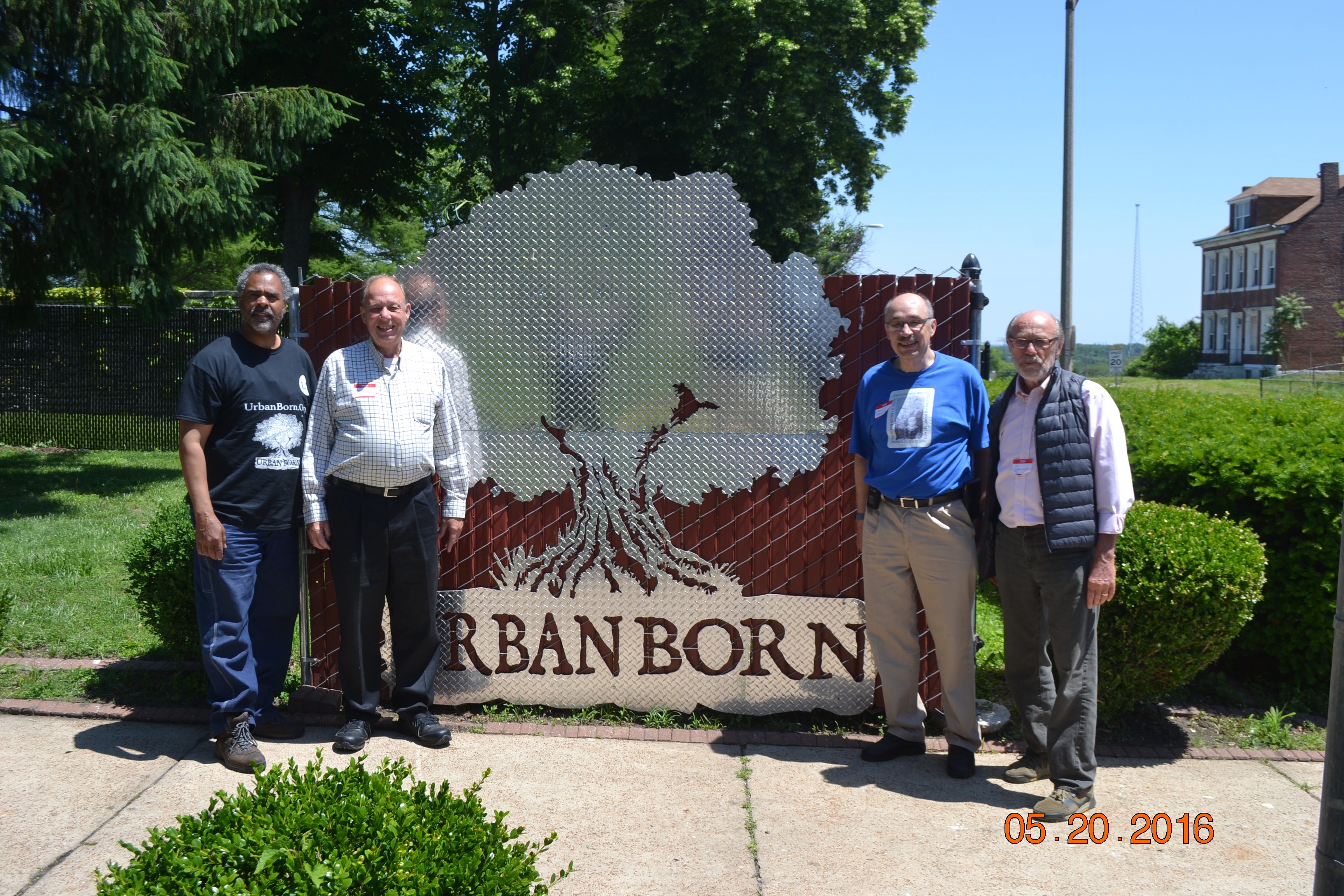 Homecoming Saturday was a way for those interested investors and community members to see how Urban Born is helping with the rebirth of their old neighborhood. Twenty-five visitors joined a dozen locals in a tour of the old church campus with the Stahlhuts, and came away impressed. More than $900 was donated to the College Hill Partnership scholarship fund that day, and others promised to send a gift when they returned home.

"For me, coming to church was like living in a home," said Miriam Stemler. "I'm impressed and excited about what's happening at St. James. I appreciate the opportunity to be back to meet the people and see the facilities. I hope and pray you keep it up and make a difference for a better community and better world. God bless you and grant you success."

"St. James was the center of our lives growing up," said Pat Stock Eggert. "Physical education, religious education –– it provided everything. It's very encouraging to see the place is alive again."

"I think the thing I found most memorable was the faces of the former St. James members seeing their former church being reborn through Urban Born, and then their interaction with the current community members who are leading the rebirth," said Don Stahlhut. "I will continue to follow the progress of Urban Born as I publicize their activities and successes and seek contributions from former members and friends of St. James. It will be very easy to seek donations after today's homecoming."

"The beauty of the partnership is in the generosity of the old neighbors of this community, still having a heart for the well-being of the people who currently live in the community," said Langerston, "especially when you take into consideration the 50-to-60 years since they lived here, not to mention the ethnic differences. In a city where racial tension is high, former St. James members and friends are partnering with Urban Born to make a brighter future for its community. How awesome is that!"