For three UCC leaders, a rare glimpse inside Gaza

After setting foot on the ground in Gaza, an area of inaccessibility in the Middle East, the Rev. James Moos described life in dire terms for the 2 million Palestinians living there, people clinging to hope in the face of isolation. The buildings that still stand are abandoned, many of them filled with holes from mortar blasts from Israeli artillery, and sometimes missing an entire wall. Mounds of rubble are piled up where homes once stood.

For a majority of Palestinians, there is no escape from this scene. Israel's blockade of the small strip of land, a self-governed Palestinian territory, has left anyone inside cut off from the rest of the world.

"The situation in Gaza has never been worse. The status quo cannot be maintained indefinitely," said Moos, executive minister of UCC Wider Church Ministries, after his recent return from more than a week-long visit to the Middle East. "Justice must come. The alternative is unacceptable."

General Minister and President the Rev. John Dorhauer and Moos, both national officers of the UCC, and Peter Makari, area executive for the Middle East and Europe, got an opportunity to see the area in a rare visit to Gaza — 140 square miles along the Mediterranean Coast, surrounded by Israel and Egypt.

"It's been a long time — at least a decade — since national leadership visited Gaza," Makari said.

About 11 representatives from the UCC and UCC-affiliated ministries were in Israel-Palestine and Jordan, where the group focused on some of the financial aspects in the implementation of a 2015 General Synod resolution, and to meet with more than a dozen religious and business groups.

"It was an opportunity for financial ministry leadership to explore the current context, meet Global Ministries partners and engage with Palestinian business and financial industry leaders," said Makari, who organized an agenda that included about 20 meetings with Israelis and Palestinians, church leaders, business leaders, partner organizations and human rights groups.

While only three of 11 travelers were able to get into Gaza, the trio met face-to-face with partners there, including those at the Al-Ahli Arab Hospital, the Department of Service for Palestinian refugees, and an office of the Middle East Council of Churches.

Makari, the only one of group who has been to the area before, noted a number of changes since his last visit in 2005. 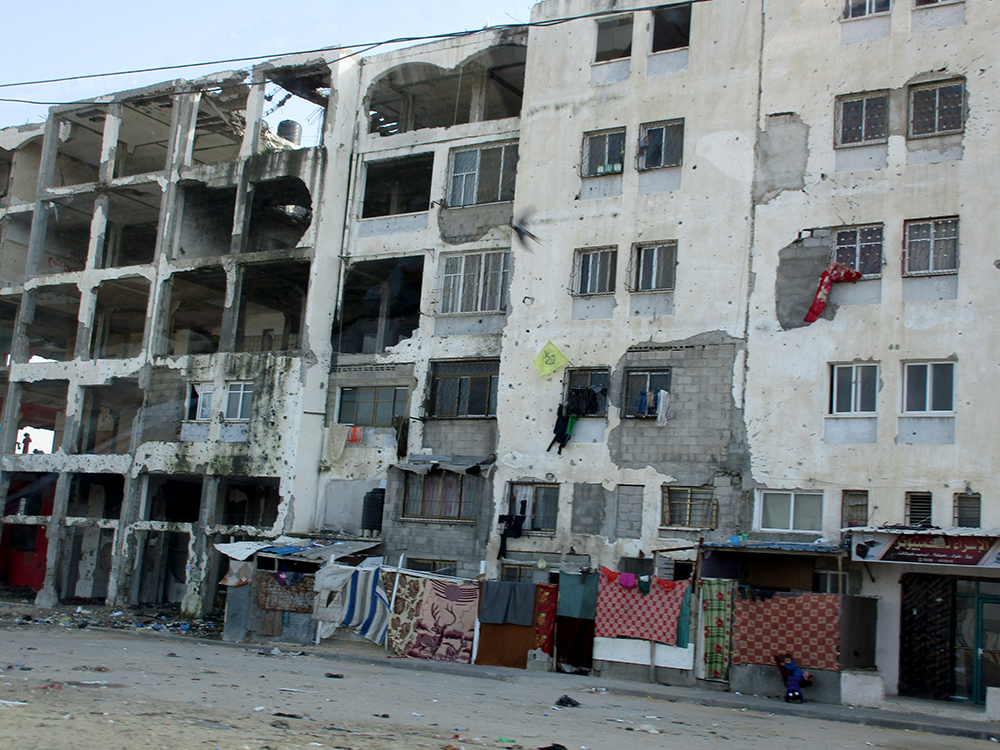 "The number of people living in Gaza has increased dramatically, the destruction — three major wars in that period — has created a sense of fatigue. We witnessed a child therapy program for kids, with children dealing with the trauma and theatre of war. Many of them have become orphans," said Makari. "The process of going in and out of Gaza has changed significantly. You're basically leaving one country and entering another."

Gaza (or the Gaza Strip), along with the West Bank and East Jerusalem, were occupied by the Israeli government after the Six-Day War in 1967, marking this as the 50th year since that land capture — deemed illegal according to international law — and 24 years since the signing of the Oslo Accords. Those Israeli-Palestinian peace agreements phased administration and policing to Palestinian authority in 2005, but it's taken a toll on Gaza. Wars with Israel have broken out three times since then, and internally different groups such as Hamas (Islamic militants) and Fatah (the West Bank government) have clashed with deadly consequences. Israel maintains a tight blockade around the territory, leaving its citizens trapped.

"Gaza is often called the world's largest open-air prison, with 2 million Palestinians living on a small parcel of land with virtually no access to the outside," Moos said. "The population has been traumatized by a series of wars, the economy is in shambles and the environment is severely degraded. Life is a daily struggle for all, and yet hope and faith persist. We partner with the small Christian community to serve all, without discrimination, in the areas of health care and education, and to advocate for a just peace."

While Makari, Moos and Dorhauer were in Gaza, the remainder of the group spent the day in Hebron, located about 20 miles south of Jerusalem in the West Bank. Like many West Bank communities, Hebron has sections of settlements — neighborhoods or compounds where Jewish families reside — and the city is sectioned off into Palestinian neighborhoods and Jewish neighborhoods. It has about 18 checkpoints where non-Jewish settlers must show their identification, and Israeli military personnel constantly patrol the streets.

Brian Bodager, CEO of the Pension Boards-UCC, was visiting Israel-Palestine for the first time, and found it challenging to capture all the emotions of the trip. 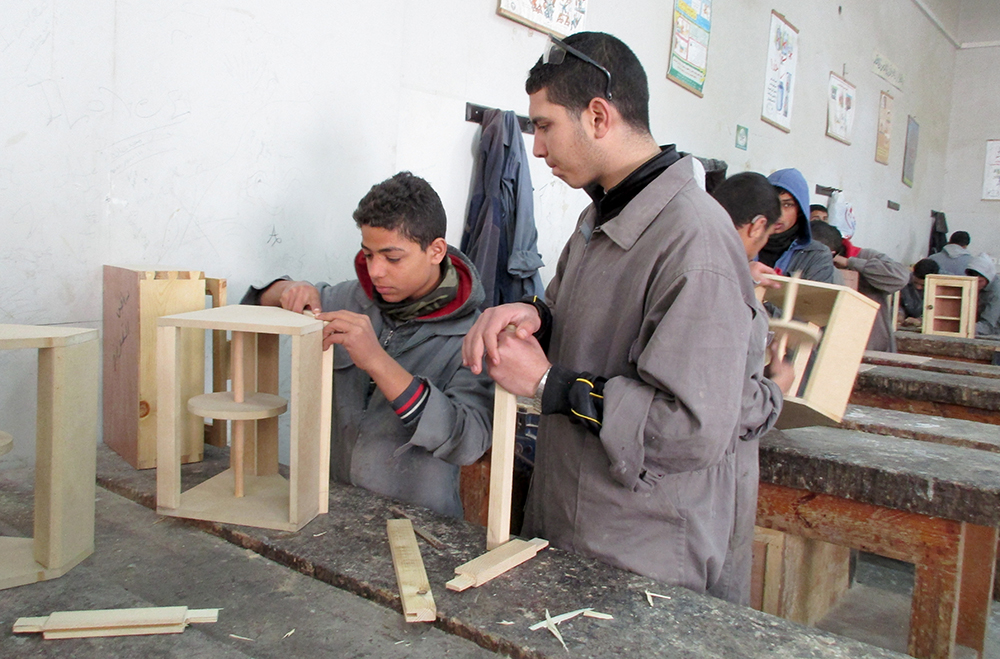 "For me, my eyes were opened," he said. "I was really tied into the narrative that we receive here in the U.S., and I found that spending a majority of time in [the West Bank], with businesses, with those who have to live with the conditions and constraints — it was difficult to see that."

"We made visits to a number of organizations that the Pension Boards has investments in, and it's great to see the success of those organizations," Bodager said. "I'm amazed by the work being done by our partners — helping Syrian refugees, with limited resources."

Having traveled to the region before, United Church Funds CEO Don Hart suggested that seeing the occupation on a screen or in print lacks in comparison to seeing it in person.

"We can talk about our experiences and we can hear about it on the news or read about it, but until you visit and see it, it doesn't have the same effect," Hart said. "I encourage anyone to see it for themselves. And take the time to enjoy being there, but take the time to learn about the people — both the Jews and Palestinians living in the area."

Dorhauer said that the visit to Gaza was "the most impactful event" during the trip. "The conditions under which occupants are forced to live are as bad as any place I have seen," he said. "I can't express fully how much admiration I have for our Global Mission partners serving in the health clinics, hospitals, tech schools, and human rights offices we visited in the day we were there. They offer hope to what can easily be seen as an otherwise hopeless setting. They endure daily suffering to an extent almost unimaginable, and continue to distribute care and advocate for a more just world for all. I could not be more proud or more deeply inspired."