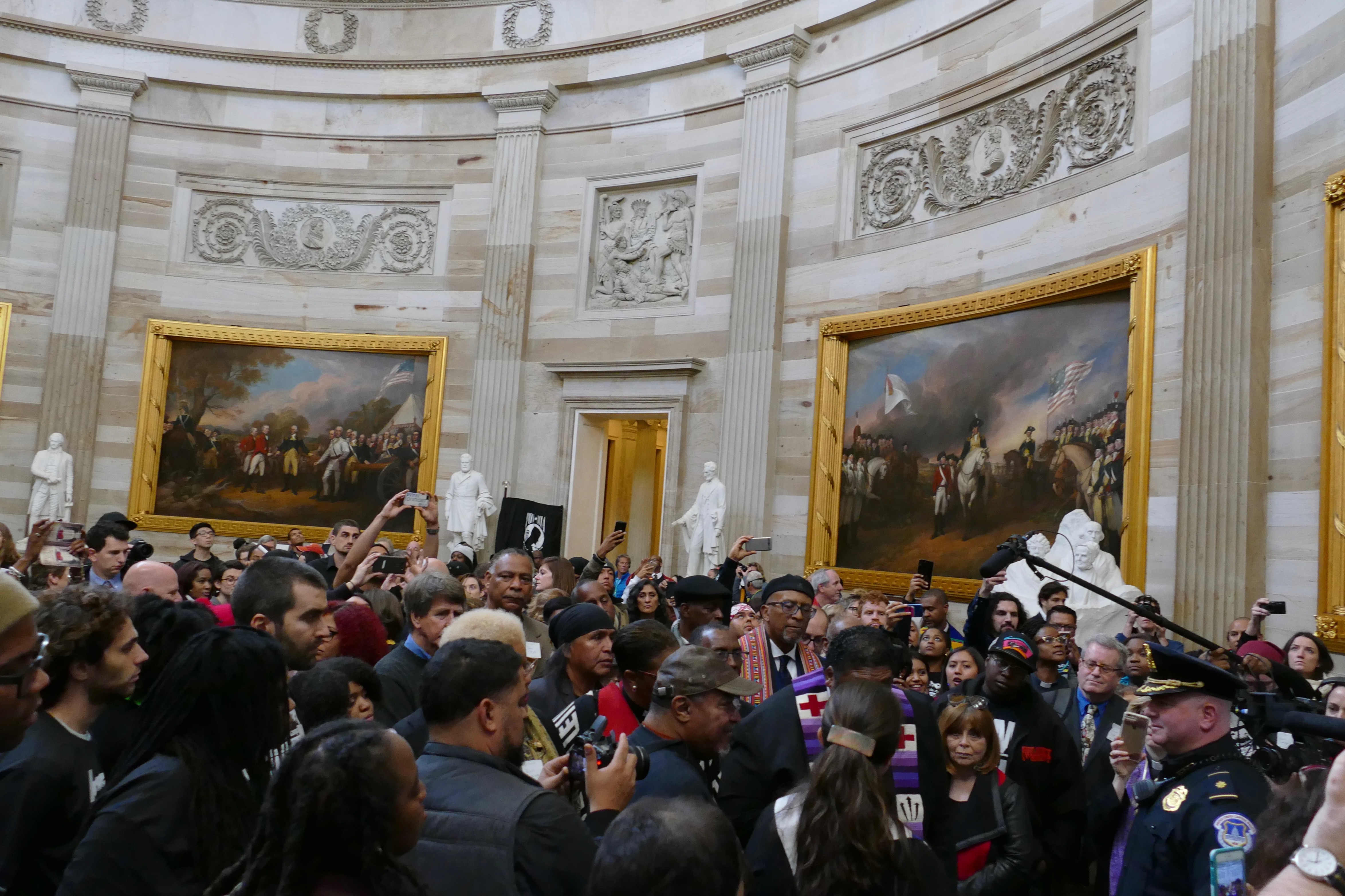 On December 4, 1967, the Rev. Dr. Martin Luther King Jr. announced plans for a Poor People's Campaign to organize individuals around the country to action, in a movement to end poverty, racism, and militarism in America. Monday, exactly 50 years later, interfaith leaders came together in Washington, D.C., to launch a revival of that campaign, which was stalled by King's assassination in 1968.

The Poor People's Campaign: A National Call for Moral Revival is led by the Rev. Dr. William J. Barber II, a black minister and civil rights leader from North Carolina, and the Rev. Dr. Liz Theoharis, a white theologian from Milwaukee, with the full support of a number of religious denominations, including the United Church of Christ. The Rev. Traci Blackmon, a UCC national officer, joined the movement leaders in D.C., to lend her voice to the campaign's launch.

During a briefing at the Methodist Building in the shadow of the U. S. Capitol the morning of Dec. 4, Blackmon drew parallels to Advent, a season of waiting for salvation, in her comments about the need for justice to overtake greed.

"The prophet Isaiah says … a voice is crying out in the wilderness to prepare the way of the Lord. In Isaiah's day, I believe that cry was the voice of those who were victimized and villainized by the oppressive and unjust actions of those in power," Blackmon said. "Today, I believe a voice is still crying out. I believe that this Poor People's Campaign, led by Dr. Theo Harris and Dr. Barber, is that voice today. I believe that all of us gathered here to declare a pathway toward justice are that voice. 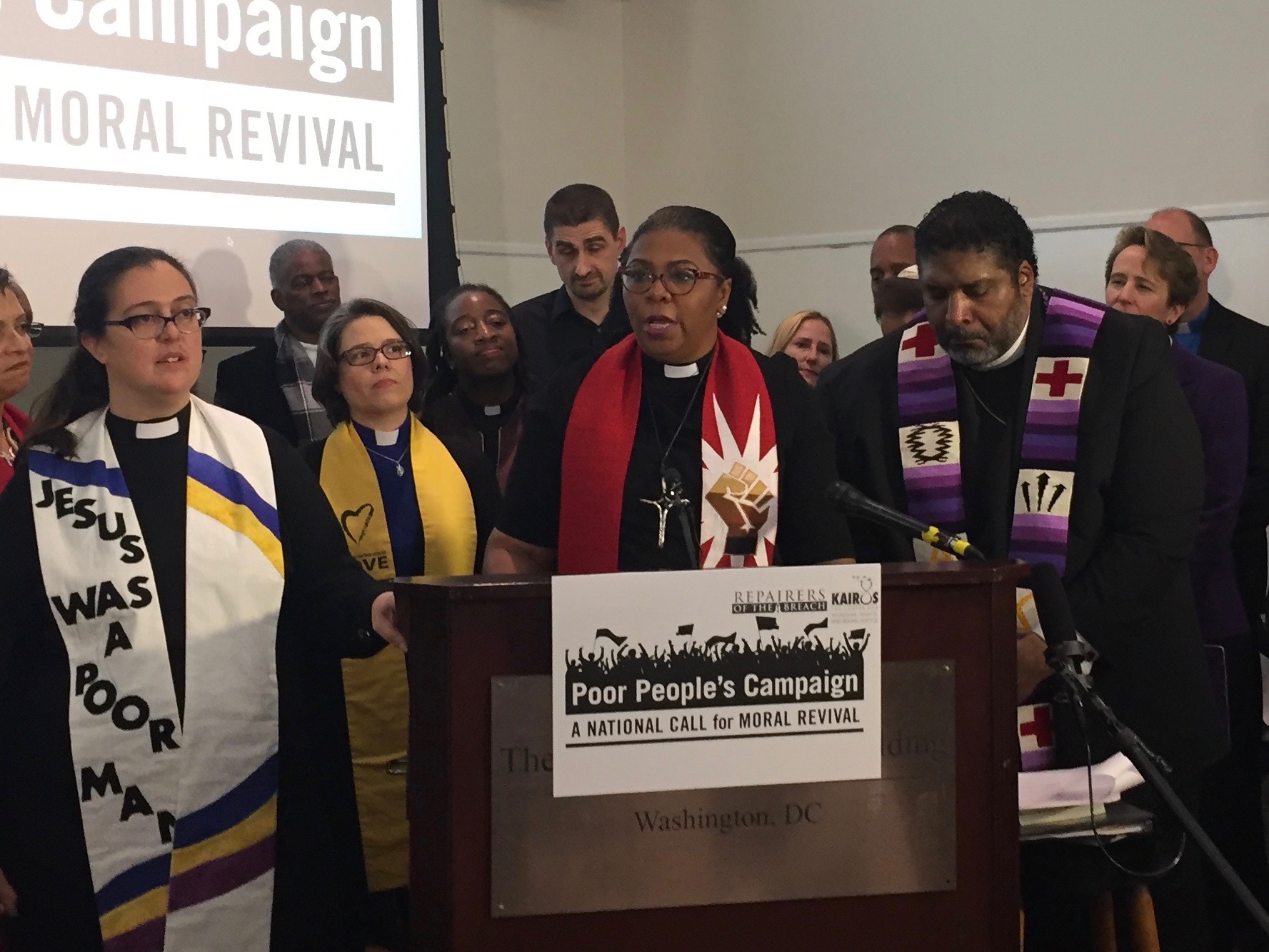 "I stand with the full support of The United Church of Christ, a denomination rooted in a history of crying out and standing up for JUSTICE – to declare our commitment to crying out," Blackmon continued. "Again – to showing up. Again – to acting with The Poor People's Campaign: A National Call For Moral Revival, for the people, with the people, all the people  –  until a pathway toward justice is made plain."

After the briefing, the group crossed the street to the U.S. Capitol Building, where faith leaders attempted to deliver a letter to Senate Leader Mitch McConnell, and were turned away. They then gathered in the center of the rotunda to pray, with Barber proclaiming, "we have to re-consecrate this as our holy ground. Jesus went in the temple, so we've got to do the same."

Barber is the founder of The Moral Monday's movement, which began in North Carolina in 2013 as challenges to legislative issues around redistricting, labor laws, women's rights, LGBT equality and the environment. At the weekly gatherings, hundreds of people were willing to publicly protest and risk arrest, with scores of UCC members and ministers taking part. The new campaign aims to take that model nationwide, using a multi-faith, multiracial movement to break through the nation's polarized politics. 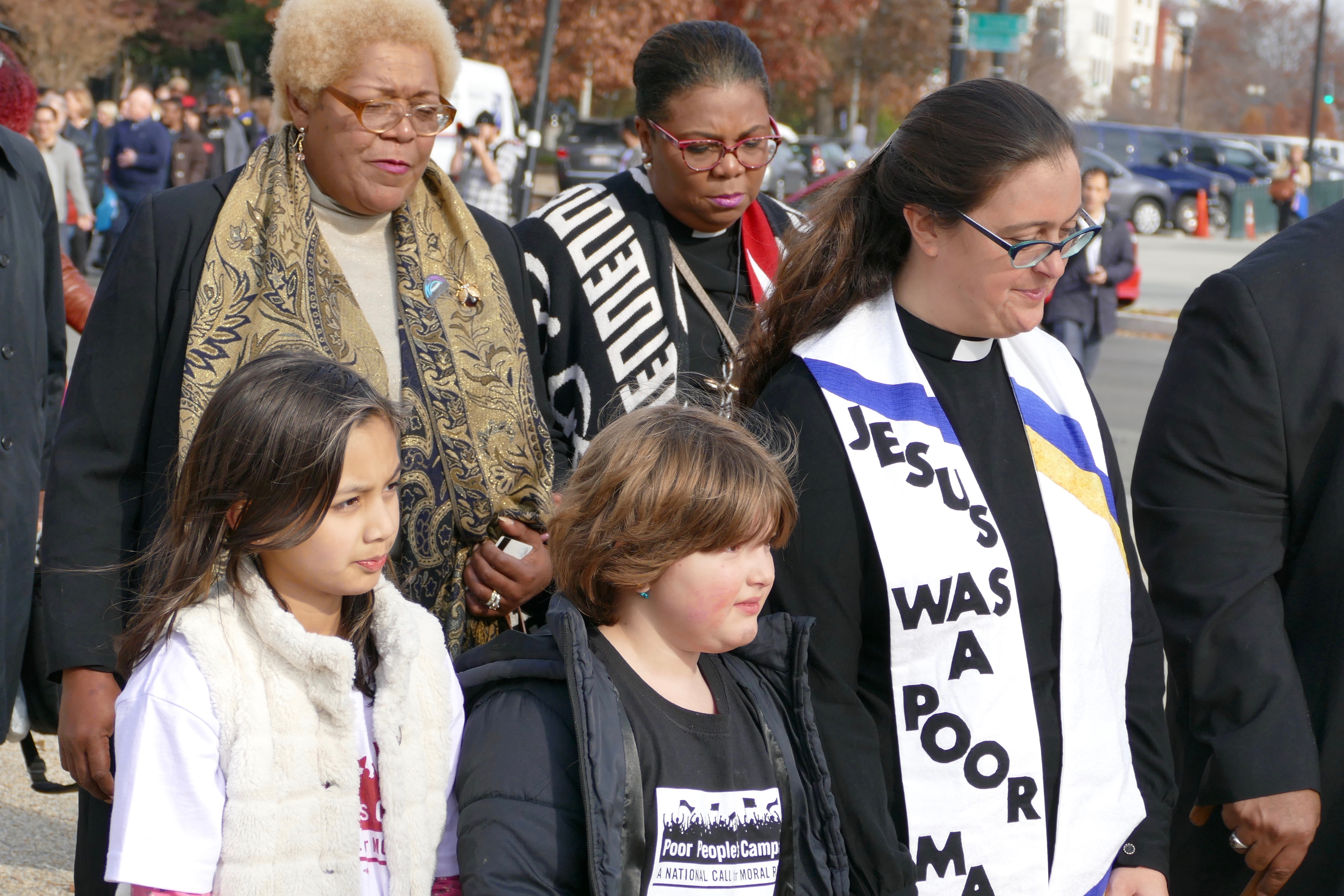 During a national tour to muster support for a moral values campaign, The Revival: Time for A Moral Revolution of Values, launched in April 2016, Barber and his allies visited churches and union halls to mobilize thousands of activists and people of faith. Next year, organizers hope to mount large protests across the country on 40 consecutive days, in at least 25 state capitals and other locations, with thousands of people engaged in civil disobedience.

According to the campaign, "We aim to shift the distorted moral narrative often promoted by religious extremists in the nation from personal issues like prayer in school, abortion, sexuality, gun rights, property rights to systemic injustices like how our society treats the poor, those on the margins, the least of these, women, children, workers, immigrants and the sick; equality and representation under the law; and the desire for peace, love and harmony within and among nations."