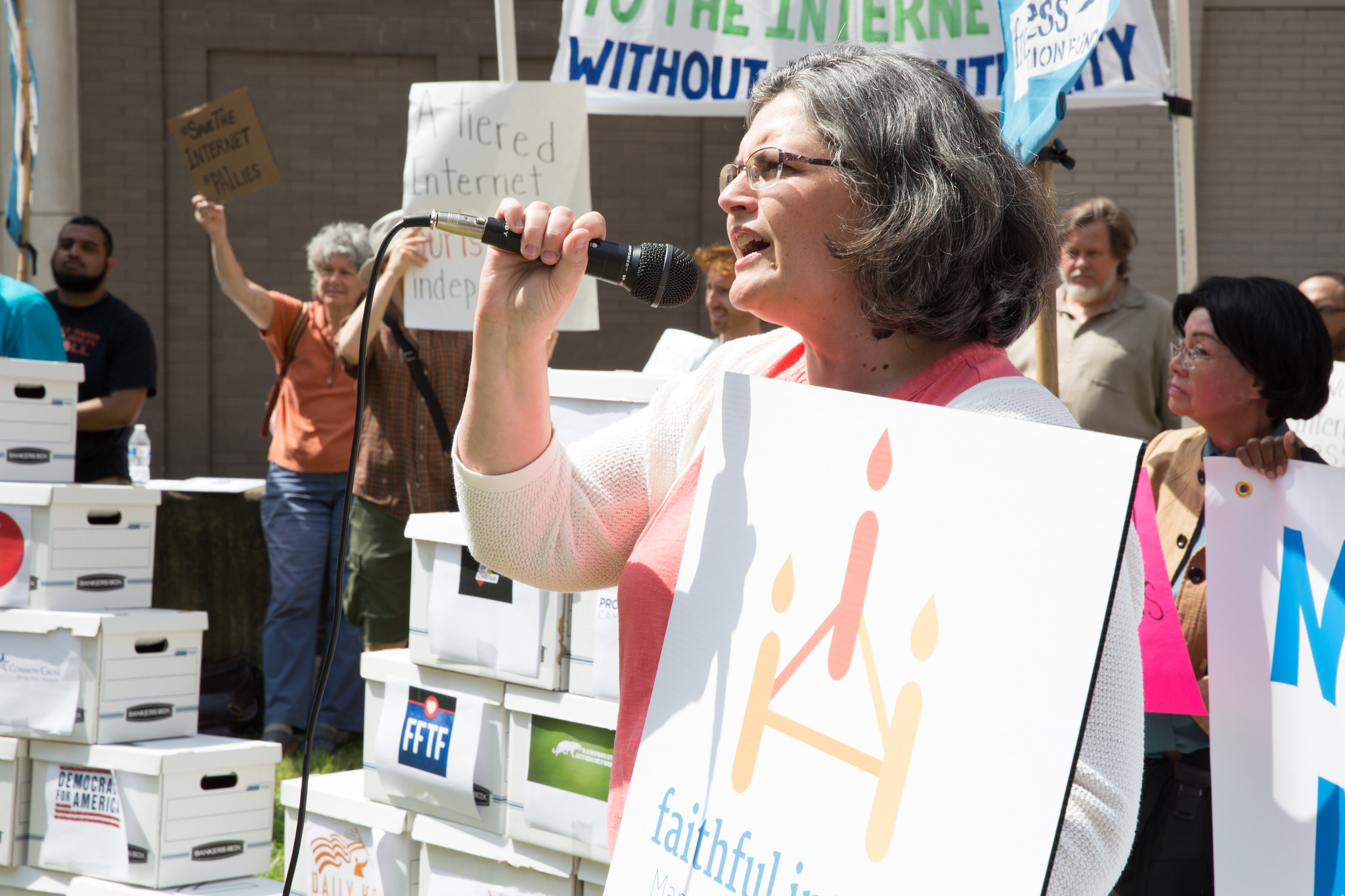 The Federal Communications Commission is beginning to roll back the internet neutrality rules that regulate Internet service providers, and the faith community is pushing back. The rules provide strict oversight of internet provider companies — something that United Church of Christ advocates on the issue say is necessary to ensure equal access to the internet.

Cheryl Leanza, policy advisor for Office of Communication Inc., the UCC's media justice arm, said that the FCC's vote on Thursday is a disappointment for anyone seeking to lift up their voice "in support of a beloved community."

"A free and open Internet is critical for the people of faith. No matter the faith tradition — be it Evangelical, Protestant, Muslim, Jewish, Catholic, Sikh or Buddhist — each of us relies on the open Internet to build community, express love for the divine, and stand with others for justice," she said. OC, Inc. has actively been at the forefront in favor of net neutrality.

The FCC voted 2-1 on May 18 to propose a review of the rules, adopted in 2015, that is aimed at eventually loosening them. Net neutrality is the concept of a free and open Internet, aimed at preventing Internet providers from discriminating against content shared on the Web. It means that internet service providers — from companies such as AT&T, Spectrum and Verizon — cannot block access to certain websites or apps, nor can they restrict download speeds in favor of their own content.

Proponents of net neutrality fear that undoing the regulations would create internet fast lanes for a paid premium, and drown out the voice of nonprofit organizations with limited financial resources.

"Most faith institutions do not have the money to compete with corporate commercial media. The repeal of net neutrality protections will put faithful and religious content on the margins of the Internet by granting a preference for those who can pay," Leanza said.

The net-neutrality debate has gained growing attention in recent years. During the FCC's consideration of the rules in 2015, more than 4 million comments came in to the agency.

For the next 90 days, the FCC will collect public comments before it puts forward a specific order and votes to formally repeal the net neutrality rules. Anyone interested in joining the UCC's grassroots effort to speak in favor of open internet can learn more on the UCC website, and by asking lawmakers to protect net neutrality.