Dorhauer New York installation: The 'Time is Now' for UCC 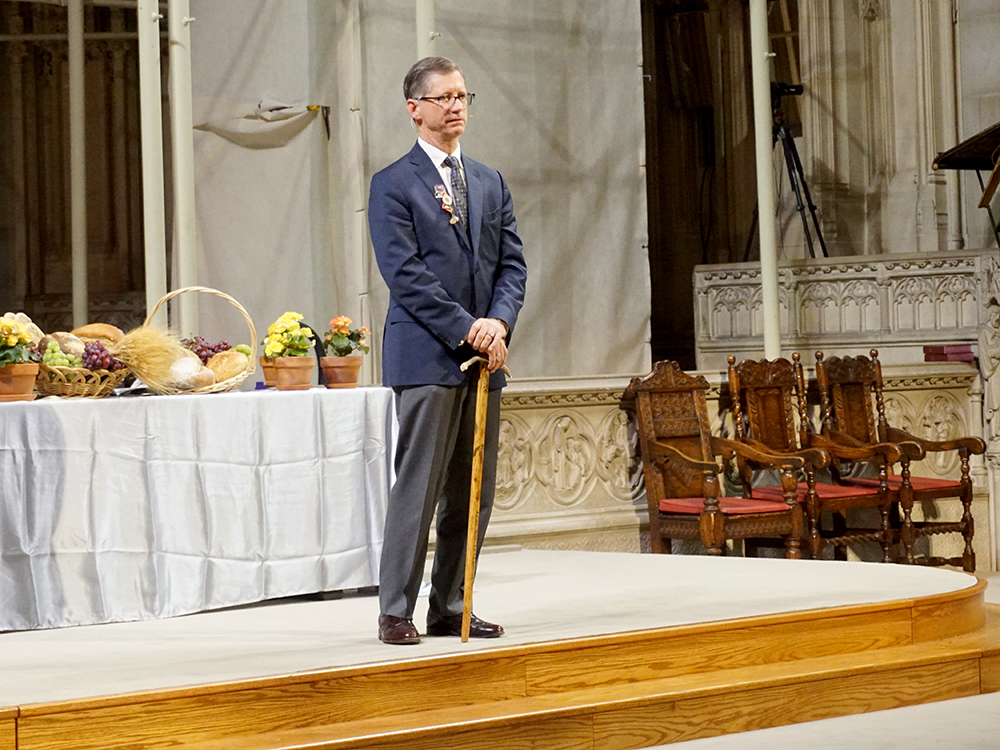 It's a new day in the United Church of Christ. That was the recurring theme at the Riverside Church in New York City Friday evening, April 15, in the first of three progressive worship services in the installation of the Rev. John Dorhauer.

This installation service is seen as a covenant between the ninth general minister and president and members of the denomination. Dorhauer's promise, to move the church from where it is today toward a future envisioned by the Holy Spirit, and to serve the church and it's people faithfully.

In his benediction, Dorhauer raised up his childhood hero, Jackie Robinson, who broke baseball's color barrier 69 years ago to the day in Brooklyn. "Today is Jackie Robinson Day, when every Major League Baseball player wears Jackie's No. 42," said Dorhauer, who keeps a photo of Robinson in his office. "I want to ask God's Holy Spirit for taste of that man's courage, a slice of that man's dignity, for a piece of his integrity and just a portion of his tenacity."

"If offered that, I promise I will do all the Spirit has called me in this moment to do," Dorhauer said. "May you as well be people of courage, integrity, with dignity no matter the circumstances."

Riverside, the tallest church in the United States and a focal point of national and global activism since its construction began in the 1920s, has hosted notable speakers from Rev. Martin Luther King Jr., to United Nations Secretary General Kofi Anan, to former President Bill Clinton, and even Nelson Mandela and Archbishop Desmond Tutu.

"It is fitting here to gather at the Riverside Church not because of the majestic beauty of this sanctuary, but because of the moral and ethical activism and leadership that this congregation has lived out becoming a prominent voice in New York City for racial justice, fossil fuel divestment, and multiculturalism," said the Rev. David Gaewski, conference minister of the New York Conference, who opened the service.

"Even as we celebrate liturgically," Gaewski said, "we must remain mindful that only a few blocks away in Harlem and across the river in Bronx and Queens, young African American men walk the streets in fear of harassment and violence, while in our Financial District (in Manhattan) wealth is accumulated by the top 1 percent, creating an economic and political system that prevents so many in our society to achieve their aspirations and dreams."

The Rev. Amy Butler, senior pastor of The Riverside Church, offered the first of three vision sermons of what a renewed and vital mission for the UCC looks like. 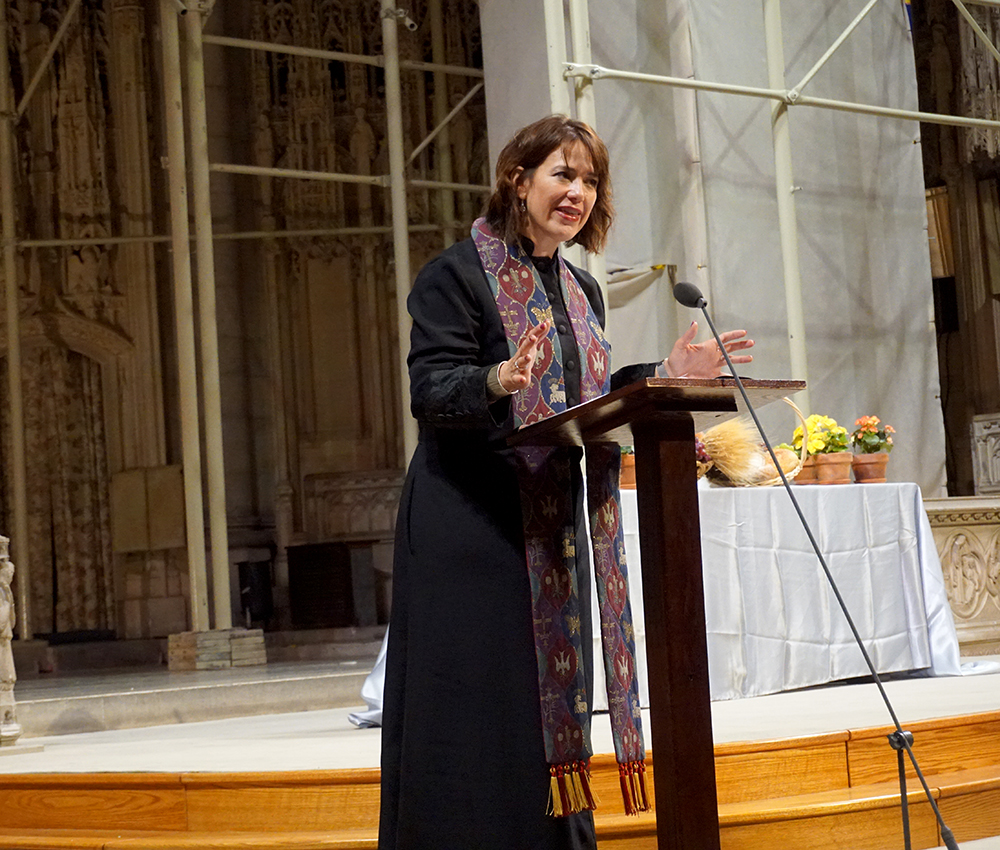 "The church in America is changing," Butler said. "We are being called to walk into a future God has prepared for us, to take the risk of becoming a beloved community in the way of Jesus for this moment in American religious history. In this time, we can lead the way and step out with boldness along the path ahead of us. Our life together is not stagnant and still, a relic to be preserved in a museum, No, we are moving ahead with courage and faith. This is our time."

"The ancient Greeks classified time as chronos and kairos," Siladi said. "Chronos has us looking at our watches and phones wondering just how long the preacher will preach. Kairos time is recognizing the moment. It is awakening to the reality that God breaks in and we sense that something beyond time is taking place. This is God's time and I believe this is our time in the Untied Church of Christ."

Said Freeman, "The theologian Howard Thurman wrote that the spirit of Jesus grows by contagion, and not by organization. This is our time to reclaim the church not as a stagnant and dying institution, but as the movement of people — alive, organic, and propelled by the Spirit of God."

"I stand here tonight because I unequivocally believe that we, the United Church of Christ, can go far," Freeman said. "Let's redeem the time while we still have it."

The service also included a family moment — two, in fact. Dorhauer's wife, Mimi, introduced him to the audience, and daughter Molly sang "Heaven's Here on Earth," while son Adam played along on his guitar.

"I believe God has fashioned John through his entire life to be our general minister and president," Mimi said. "I am so proud of our history, but I am more excited about our future."

Joined by his family, Dorhauer stood in the center of the church as the crowd surrounded him and laid their hands on his shoulders in a moment of affirmation.