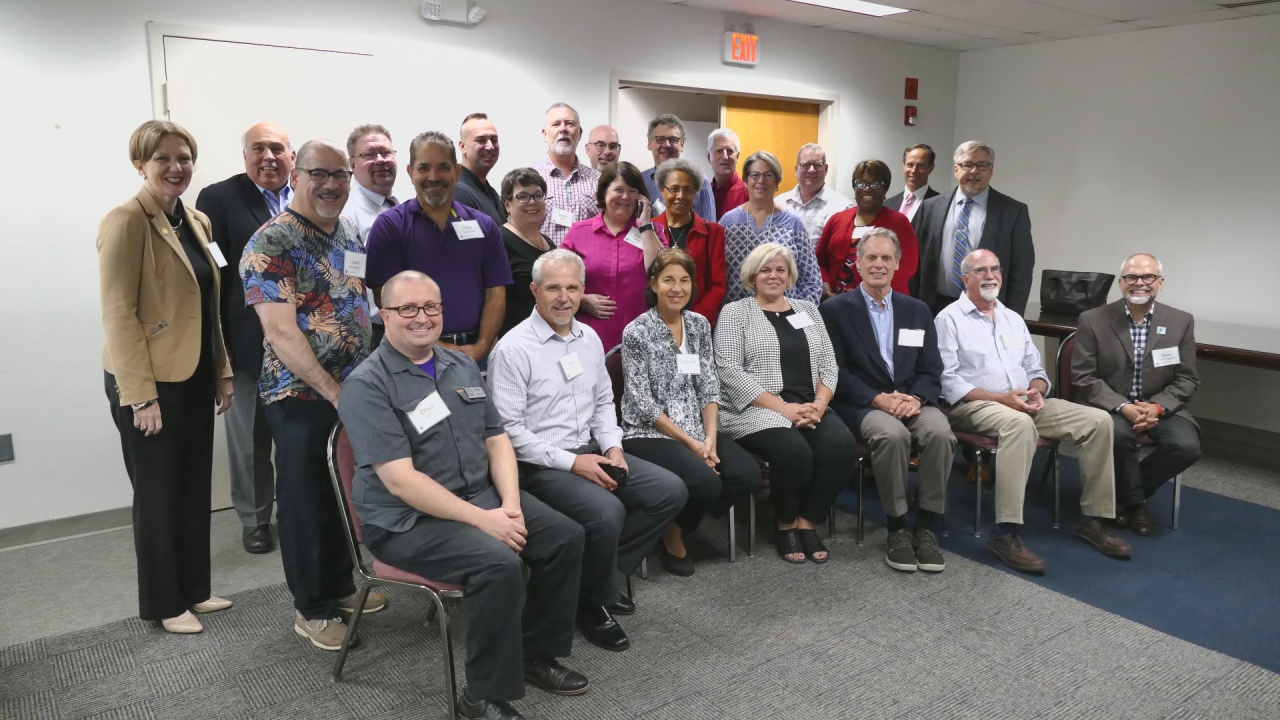 To build a culture of generosity through collaboration and cooperation to continue the mission and ministry of the United Church of Christ, representatives of 35 of the denomination's 38 Conferences gathered at the Church House in Cleveland this week, participating in an event aimed at building the fund development capacity of UCC Conferences, Associations, and local Congregations.

"Our time together will deepen the partnership necessary for the National and Conference Settings of the UCC to work together to raise the funds necessary to carry out our mission at every level — local Church, Conference, and National," said the Rev. Andy DeBraber, a major gift officer in the UCC Office of Philanthropy, Technology, Identity and Communication (OPTIC).

A new approach to fundraising became necessary when the UCC General Synod retired the Pattern of Giving in 2017 and adopted a New Ecology of Generosity. The National Setting of the UCC, specifically the Philanthropy and Stewardship team, now part of OPTIC, was charged with its development. 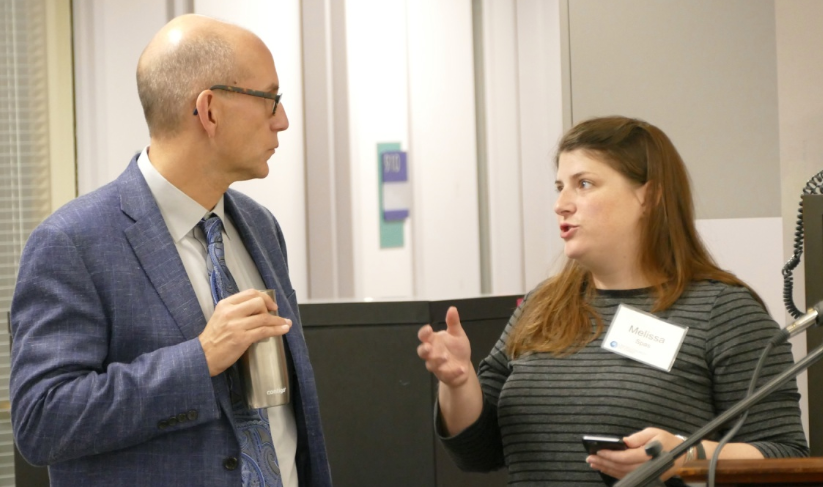 This week's gathering, 'Cultivating Generous Congregations,' is an interactive seminar that changes the way churches and congregations approach giving and generosity. It was developed and co-facilitated by the Lake Institute on Faith & Giving at the Lilly School of Philanthropy at Indiana University. The UCC has contracted with the Lake Institute to host six to eight Cultivating Generous Congregations seminars around the country from 2017-2020. Cleveland is hosting the third event, with others previously held in Wichita, Kan., and Wenatchee, Wash.

"The world of fund development has shifted significantly over the last 30 years while fundraising in the church largely stayed the same," said DeBraber, one of the seminar's facilitators. "Now we are playing catch up and taking this opportunity to develop best practices in every setting of the UCC."

OPTIC has been working to do that, in workshops around the country during the past year. With Giving & Stewardship 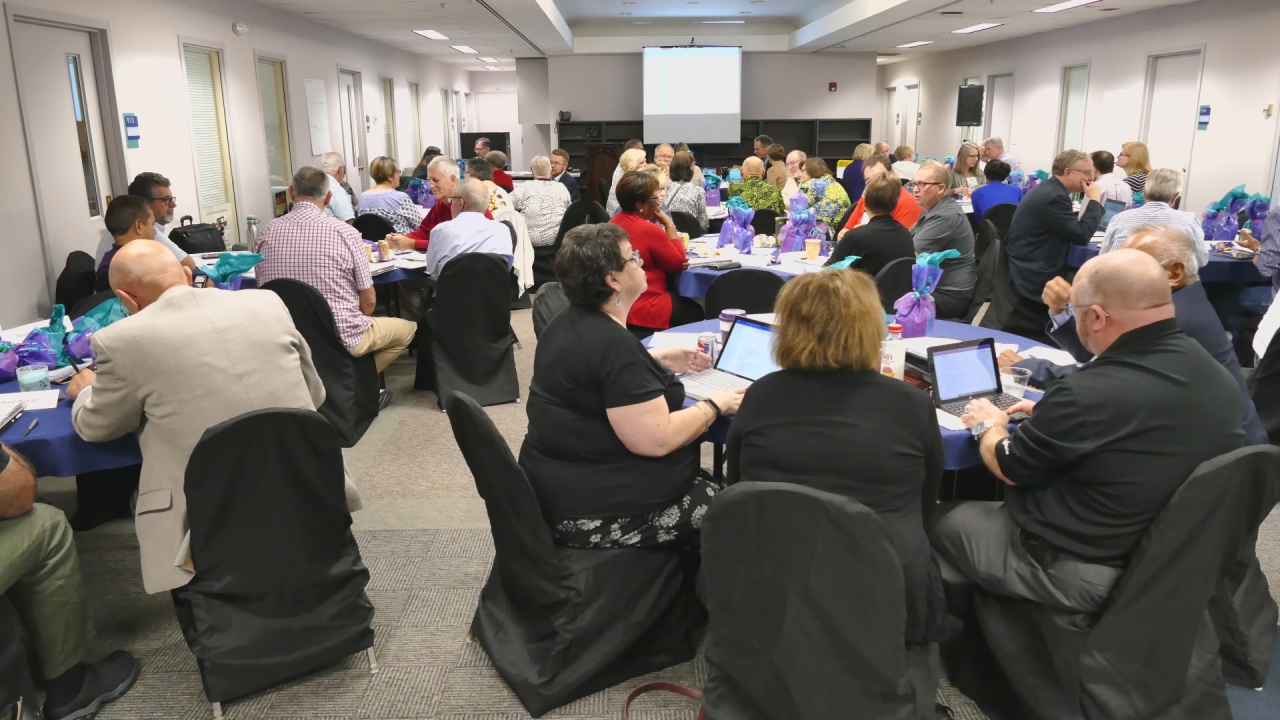 workshops at conference annual meetings, in Money & Ministry Workshops in partnership with the other UCC-affiliated financial ministries, and during individual consultations with conferences, associations, churches, and pastors, all settings of the Church continue to work out new protocols as they work together around stewardship and fundraising.

Based on comments from participants, the Cleveland event was very well received. "This has been a terrific event," said the Rev. Franz Rigert, Conference minister, Wisconsin Conference UCC. "It's a great gift from the National Setting to the Conferences."

The seminar specifically focused on the needs of Conferences around stewardship and raising money. It's hoped that participants are now better equipped in two primary ways: first, with significant and cutting-edge learning and materials to grow stewardship in the churches of their conference; second, will new skills and capacity at the Conference level to improve their own fund development through training in developing a case statement, the spirituality of fundraising, creating a development plan, learning compelling story-telling, and asking for major gifts.

When asked about takeaways, the Rev. Bill Worley, Conference Minister of the Pennsylvania Southeast Conference UCC, said gathering confirmed what he already knew. "We’re failing to train church leaders, across the board, on the basics of creating financially healthy congregations. It’s not that hard to do."

Said Cynthia Bailie, director of OPTIC, "This is the first of what we hope are many opportunities for leadership and learning as we strengthen our covenental commitments to working together to create and implement new ways to invite investment in the mission of the United Church of Christ."