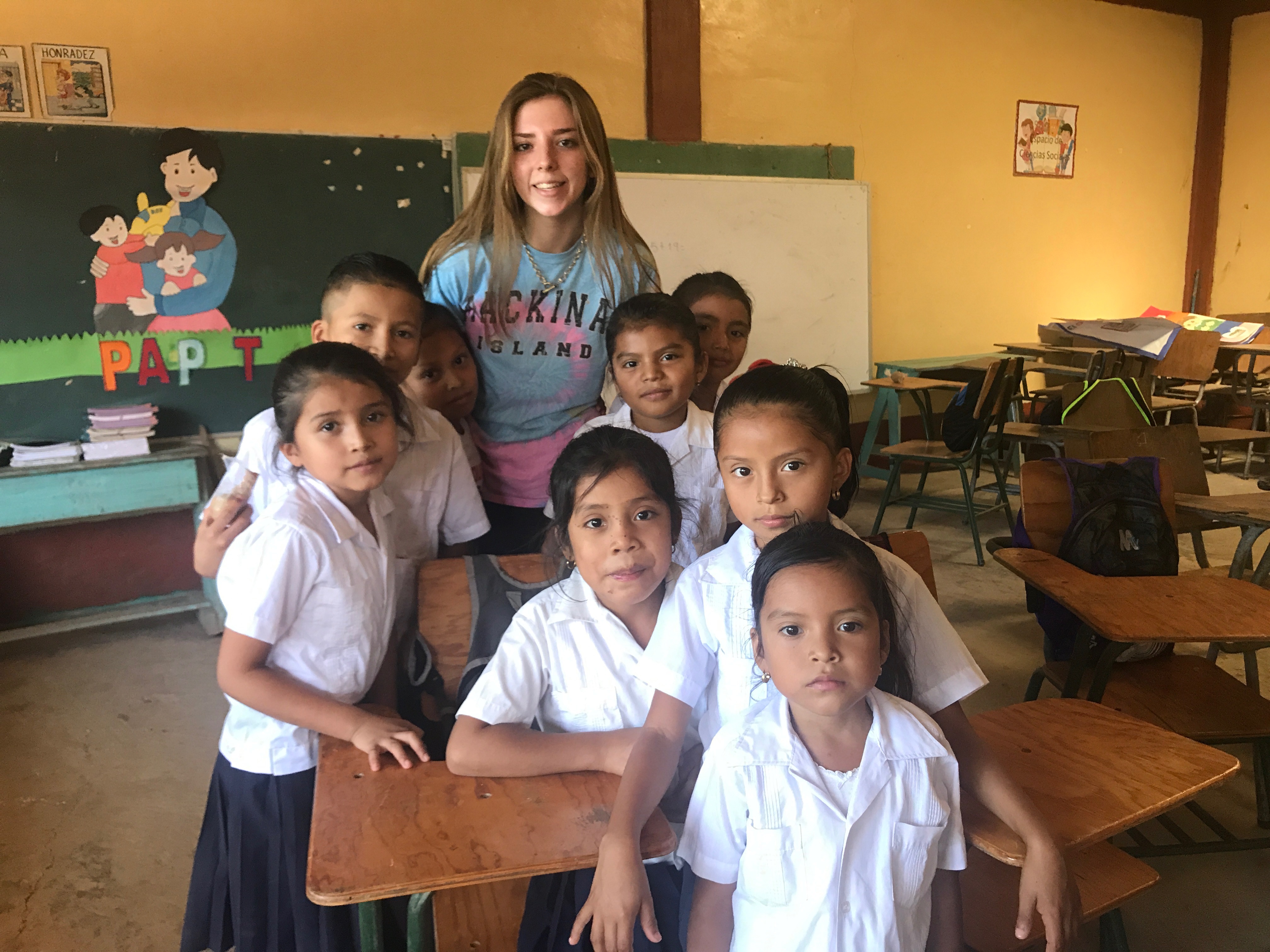 A 16-year-old girl showed a deep love of her less privileged neighbors in Honduras, spending months collecting dental products around her Westport, Conn., community and delivering them to children and adults during a medical assistance trip with her grandfather in February.

Lindsey Baldwin, a member of Saugatuck Congregational Church, United Church of Christ, developed a strong desire to serve others, her mother Elizabeth Baldwin said, “participating in several mission trips with the church” to places like “Arizona, Colorado and Puerto Rico.”

This trip, Lindsey was determined to contribute as she planned to accompany her grandfather to rural Honduras with Cape CARES http://capecares.info/. The humanitarian nonprofit sends volunteer teams to its clinics located in remote, mountainous areas to provide free medical and dental care to people who have no access. So last fall, the Westport high school junior set up donation bins at Saugatuck UCC, local pharmacies, and her father’s office. She amassed more than 2,000 oral hygiene items for people who didn’t have them.

“The trip had a lasting effect on me,” Lindsey said. “I was very excited to see the faces of hundreds of people as I personally handed them each a toothbrush, dental floss, and toothpaste that I spent months collecting. It was very sad but also quite insightful to see young children lining up, adults following behind them, begging me for a toothbrush.” 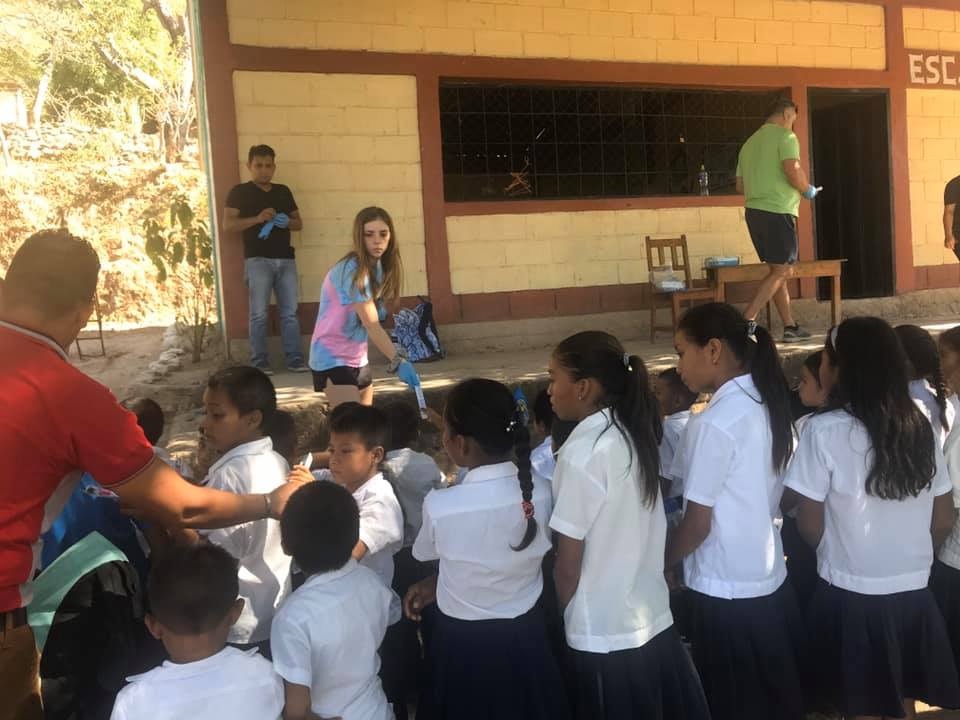 In a journal Lindsey kept about her experiences, she noted that many children lined up over and over for a toothbrush, “but in my opinion, toothbrushes are a good thing to be begging for. No matter how many they already had, I continued to hand out more and more until finally I’d used up all of the donations I collected — a total of 847 toothbrushes, 369 tubes of toothpaste, and 727 dental floss cartridges.”

“Grand-pop” Randy Baldwin, a retired dentist, has been involved with Cape Cares since its inception almost 20 years ago. Lindsey said while she didn’t know what to expect when it came to the clinic and the work the team would be doing, she learned quickly that people who only see a doctor infrequently have to deal with discomfort and pain on a daily basis.

“My grandfather has told me countless stories accompanied by pictures of his previous brigades, but I still had no idea what the experience would be like. One thing I can say for sure is that this trip gave me an entirely new perspective on life.”

Randy Baldwin said the mission with his granddaughter was pretty special for many reasons.

“We were driving in a small truck loaded with medical supplies and five volunteers headed to the rural village of San Marcos, Honduras, where we would be offering medical care for the following week. Immediately in front of our truck, a motorcycle with two riders had spun out and flipped several times.  The riders were hurled off the road into a rock wall. We stopped.  Lindsey jumped from the car and immediately ran to the scene. Lindsey had put herself through EMT training and had recently become certified. I was amazed how she put this training to use. She assessed the situation, comforted the victims, and did an assessment of their injuries. Fortunately, other than some bad lacerations, neither rider seemed to be seriously hurt.”

Lindsey, her grandfather said, contributed much to the effort in addition to the dental products and more than $1,400 she collected on Facebook.

In San Marcos, where the Cape Cares team set up a temporary clinic, the teenager assisted the three physicians by greeting arriving patients and doing intake and triage.  “With the aid of a Spanish speaking translator she performed this duty for almost 500 people during the course of the week,” Randy Baldwin said. 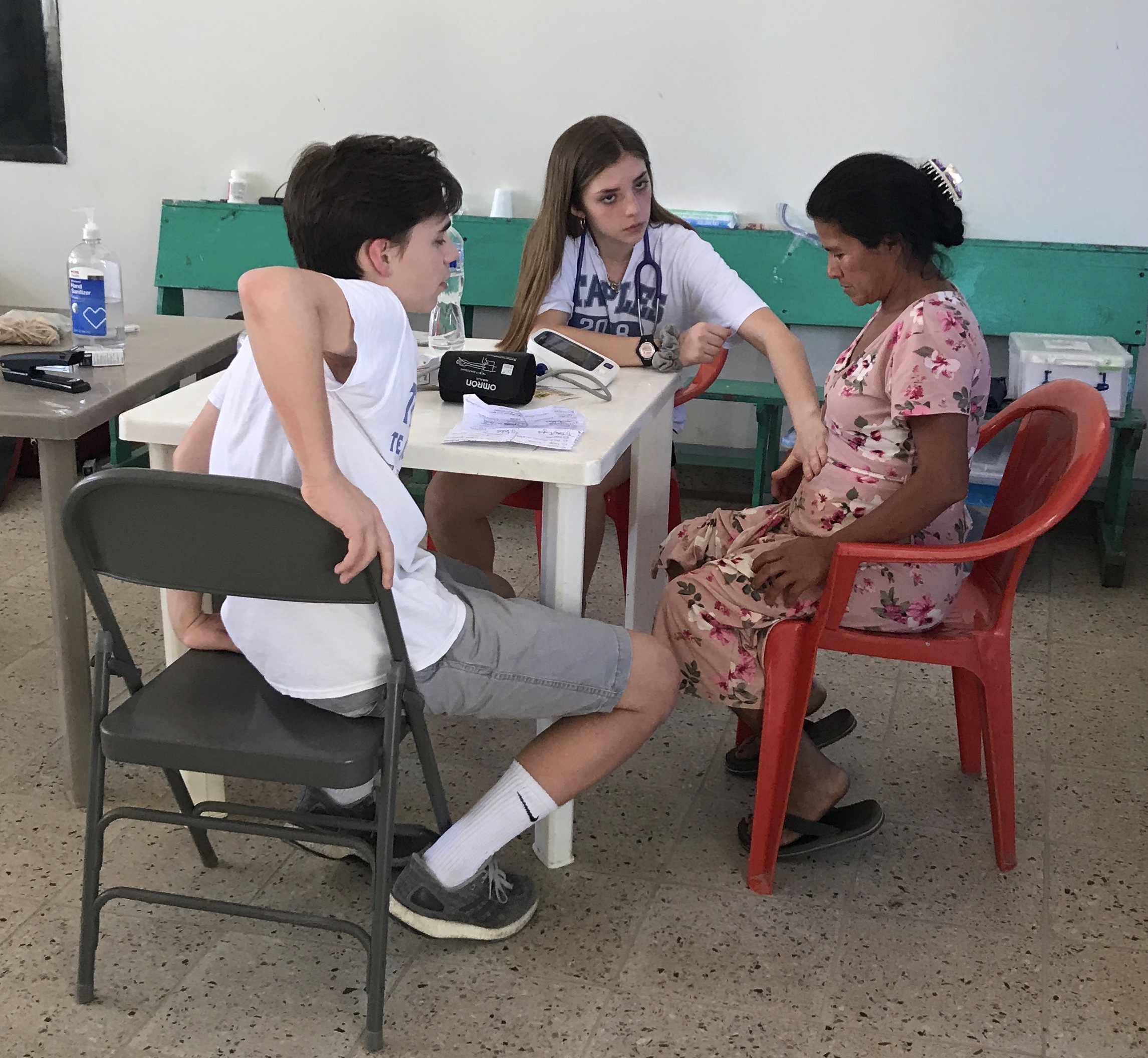 “Some things the doctors treated were unmonitored pregnancy, cancer, uncontrolled blood sugar and blood pressure problems, urinary tract infections, growths on the skin, rashes, problems with vision, and severe stomach upset,” Lindsey said. “It felt awful sending some people back home without fixing what is hurting them completely, but I could tell that just knowing we came there to give them help was enough to improve their life.”

“As people of a developed country, we take our lives and the resources available to us for granted,” Lindsey said. “I hope that hearing about my experience will inspire more people to give help where it is needed and to appreciate life as we have it, keeping in mind the lives of people in places like the remote villages of Honduras. I am so grateful for everyone who donated to my drive and I would like them to know that their contributions greatly improved the quality of hundreds of difficult lives.”