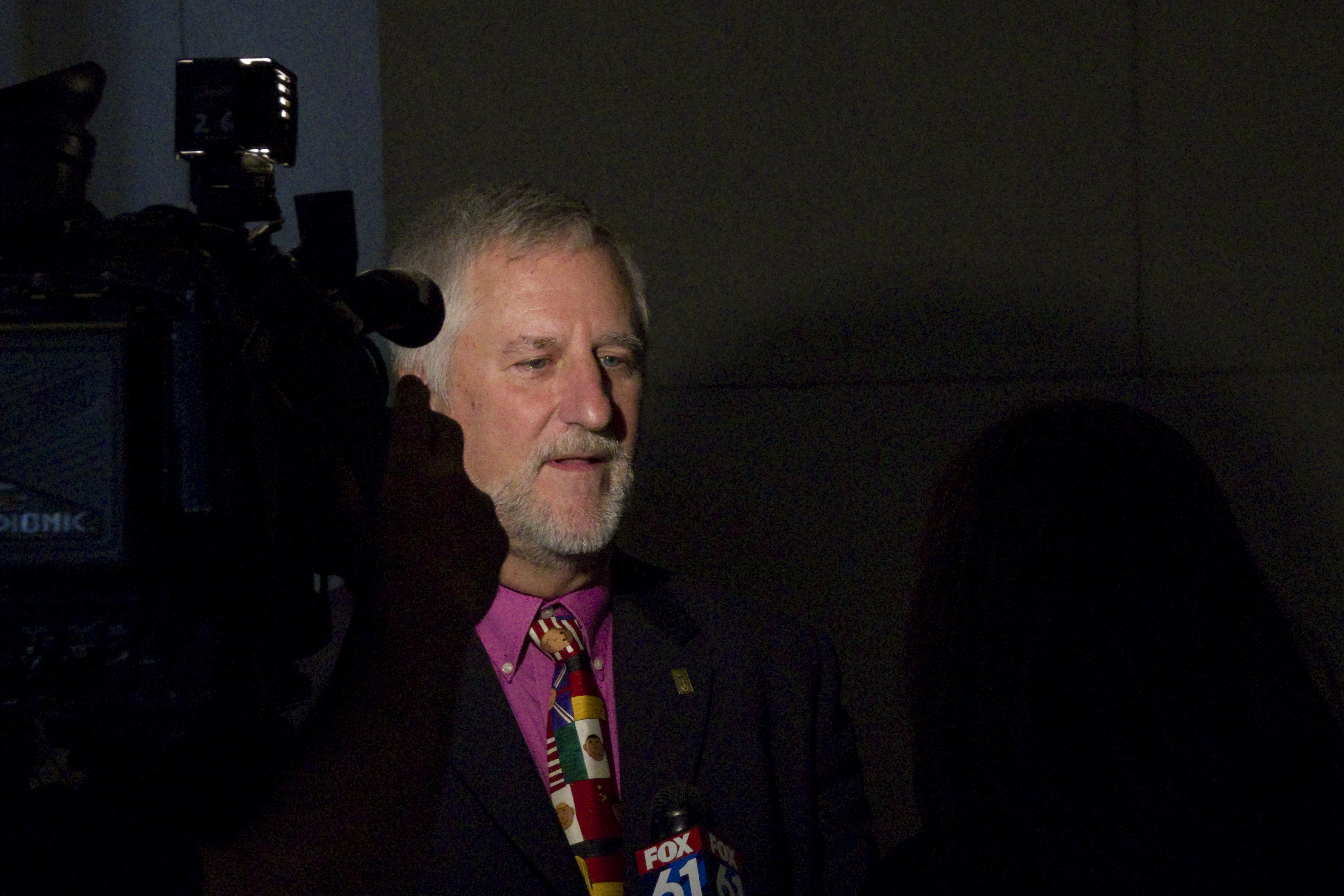 Six faith leaders, including Connecticut Conference Minister the Rev. Kent J. Siladi, were arrested Monday afternoon at the State Capitol in Hartford, assembling to speak out against severe budget cuts proposed by Governor Dannel Malloy. They were charged with ‘interfering with the General Assembly.’ Five of the six were also charged with disorderly conduct. Both charges are misdemeanors.

"We want a Moral Budget," said Bishop John Selders, pastor of Amistad, UCC, in Hartford and a leader of Moral Monday CT.

Moments after delivering a letter signed by 114 faith leaders, that calls on legislators to consider more equitable alternatives to the current course of the state's budget, more than 30 members of faith organizations and the Moral Monday movement gathered in the Capitol rotunda on June 5 to speak out against the austerity measures proposed by the Governor and members of the General Assembly.

"So we stand here in the people's capital to make a proclamation to our legislators, that we stand here to speak in and on behalf of the poorest among us: our children, those who live in poverty in one of the richest states in the land, " said Rev. Siladi. "We cannot ask for an austerity budget. We must look at the income side." 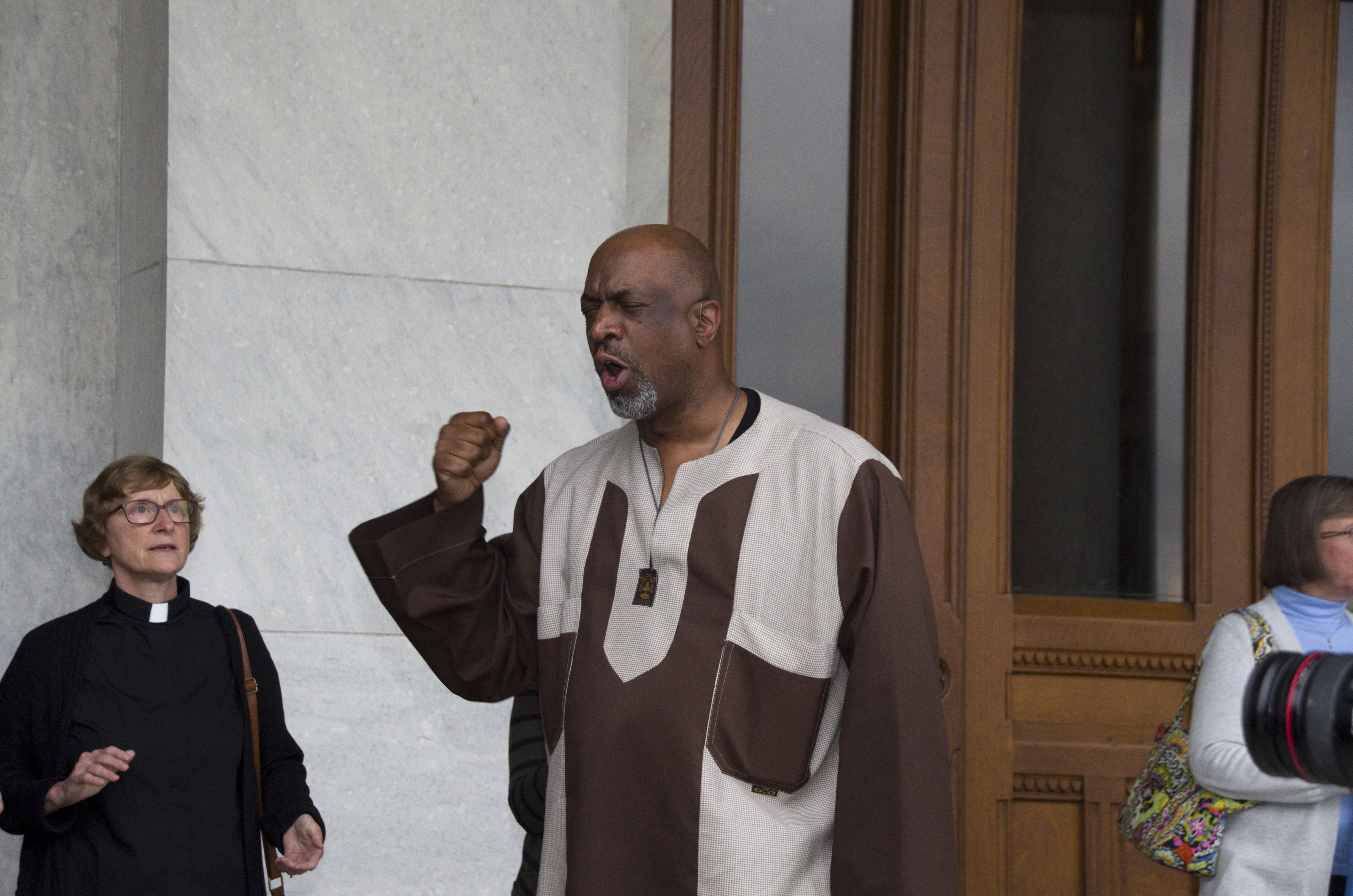 Several minutes after the group gathered, Selders prompted the group to begin singing "This Little Light of Mine." Moments later, Capitol Police led Selders away as others continued to sing. Authorities motioned for individuals to leave and guided several to the doors. Those who refused were peacefully escorted away from the rotunda. Siladi was taken into custody after an officer directed him to leave, and Siladi shook his head and said "I'm not leaving." Those who left the building gathered on the steps outside and continued to sing and call for a moral budget.

In addition to Selders and Siladi, another UCC pastor, the Rev. Carlene Gerber, senior associate minister at First Congregational Church of Old Lyme, and three other faith leaders were arrested.