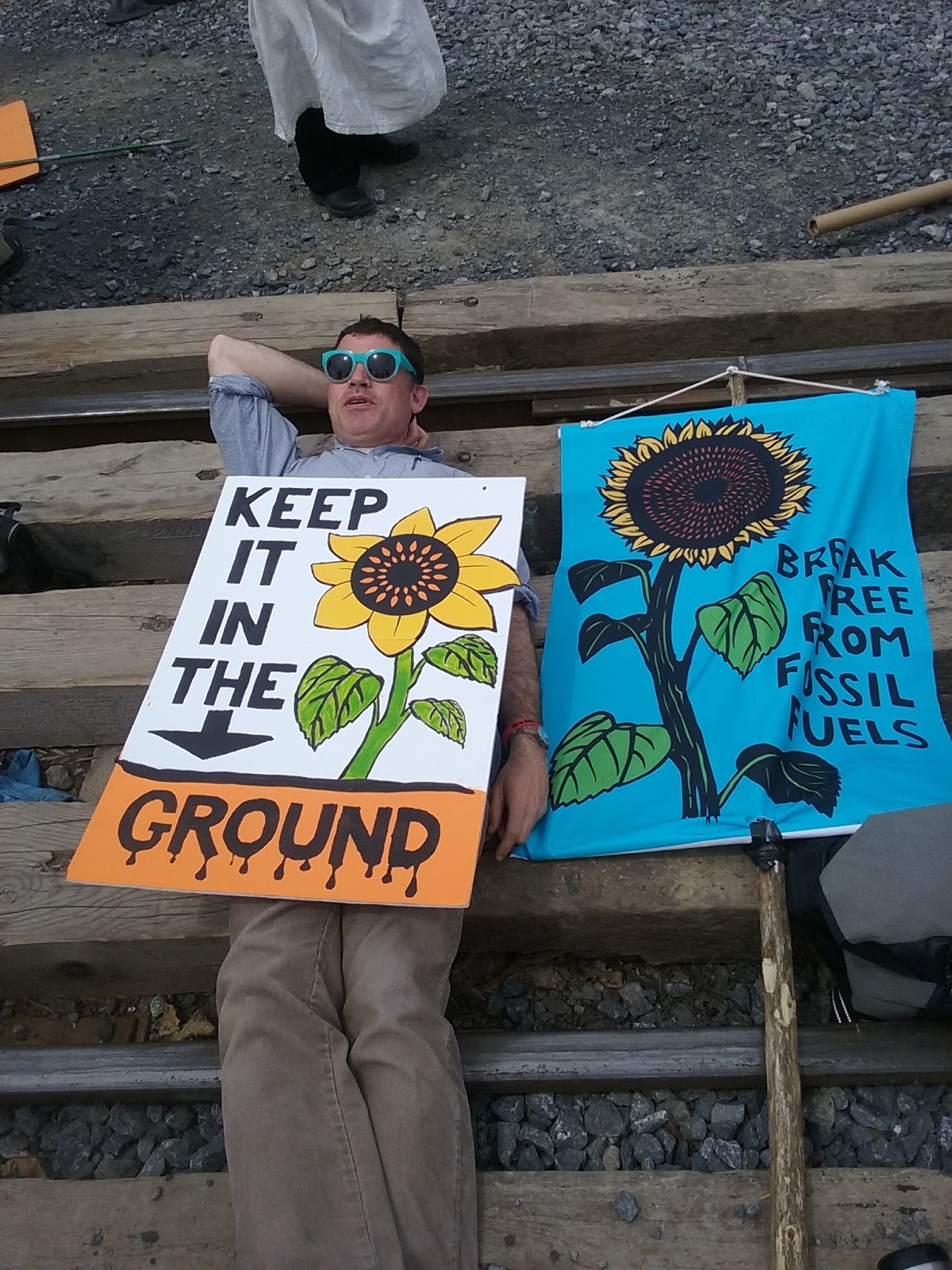 Environmental advocates of the United Church of Christ risked more than arrest this weekend. In service to the Earth, a few of them risked their lives — taking part in the planet's largest act of civil disobedience, joining more than 30,000 climate activists worldwide— taking over streets and blocking rail lines to demand that coal, oil and gas stay in the ground.

"It was the people of the world, putting their bodies on the line, doing what they could to keep the world a little safer," said Benjamin Shephard, a member of Judson Memorial Church in New York City, a UCC congregation. On Saturday, May 14, Shephard blocked rail lines in New York.

The UCC was one of the sponsors of the "Break Free" event, which took place across six continents during 12 days, with 23 rallies and demonstrations that targeted the world's most dangerous fossil fuel projects. The international environmental organization 350.org spearheaded the campaign.

Shephard was one of about 1,500 of people from the northeast gathered in Albany for a public witness and civil disobedience, one of six protests that took place in the United States over the weekend. He and hundreds of others lay or sat down on the tracks to stop fracked oil trains from entering the port of Albany.

Said Shephard, "It's about the beloved community that we've created and enjoyed through the years, extending from the gardens to a larger green commons we all are working to defend, enjoy, share, and pass on." He added that the trains were routed elsewhere for the day, and that police seemed to have "little interest" in arresting anyone. Eventually, five people were taken into custody when they attempted to remain at the port overnight. 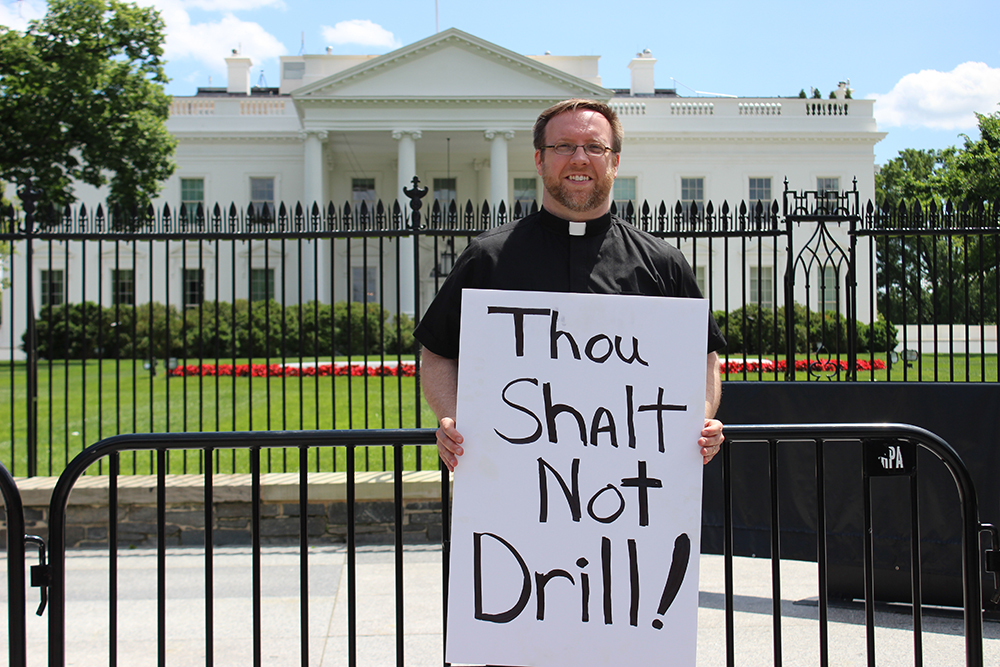 "It was a clear victory," he said. "It felt good to see that many environmentalists out to do what they could to protect Mother Earth for another day. It was great to see the movement opening and bringing in new personalities, as well as intersecting movements."

In Washington, D.C., on Sunday, May 15, the Rev. Brook Berndt, UCC minister for environmental justice, was one of 1,000 in a march and rally from the White House to the Lincoln Memorial demanding President Obama end all new offshore drilling on the Arctic and Gulf coasts.

"The event featured people from 'front line communities,'" Berndt said. "These are communities in the Arctic, Gulf, and Atlantic coasts that have been affected by climate change or fossil fuel pollution. One of the speakers was Esau Sinnok of Alaska. At 18-years old, he has become a spokesperson for the affects of global warming on his community along with the threats posed by arctic drilling."

"If we are to truly 'Break Free' from fossil fuels," he added, "actions such as these that took place around the planet are as necessary as ever, before it's too late for the planet."