A state of emergency has been declared in the usually tranquil university community of Charlottesville, Va., on Saturday after clashes between white nationalists and demonstrators gathered to oppose their hate-fueled 'Unite the Right' rally brought an end to the event less than an hour before it was scheduled to begin.

The UCC's Rev. Traci Blackmon, part of an interfaith group of clergy and activists, Congregate C'ville, gathered this weekend to respond with love and prayer, had to be quickly removed from an area Saturday morning where fights were breaking out.

Rev. Blackmon, executive minister of UCC Justice and Witness Ministries, was in the middle of a live interview with MSNBC host Joy Reid when a security guard pulled her off-camera to keep her from getting caught up in the action.

The UCC national officer was explaining what happened Friday night after a standing-room-only prayer service in a church on the University of Virginia campus. 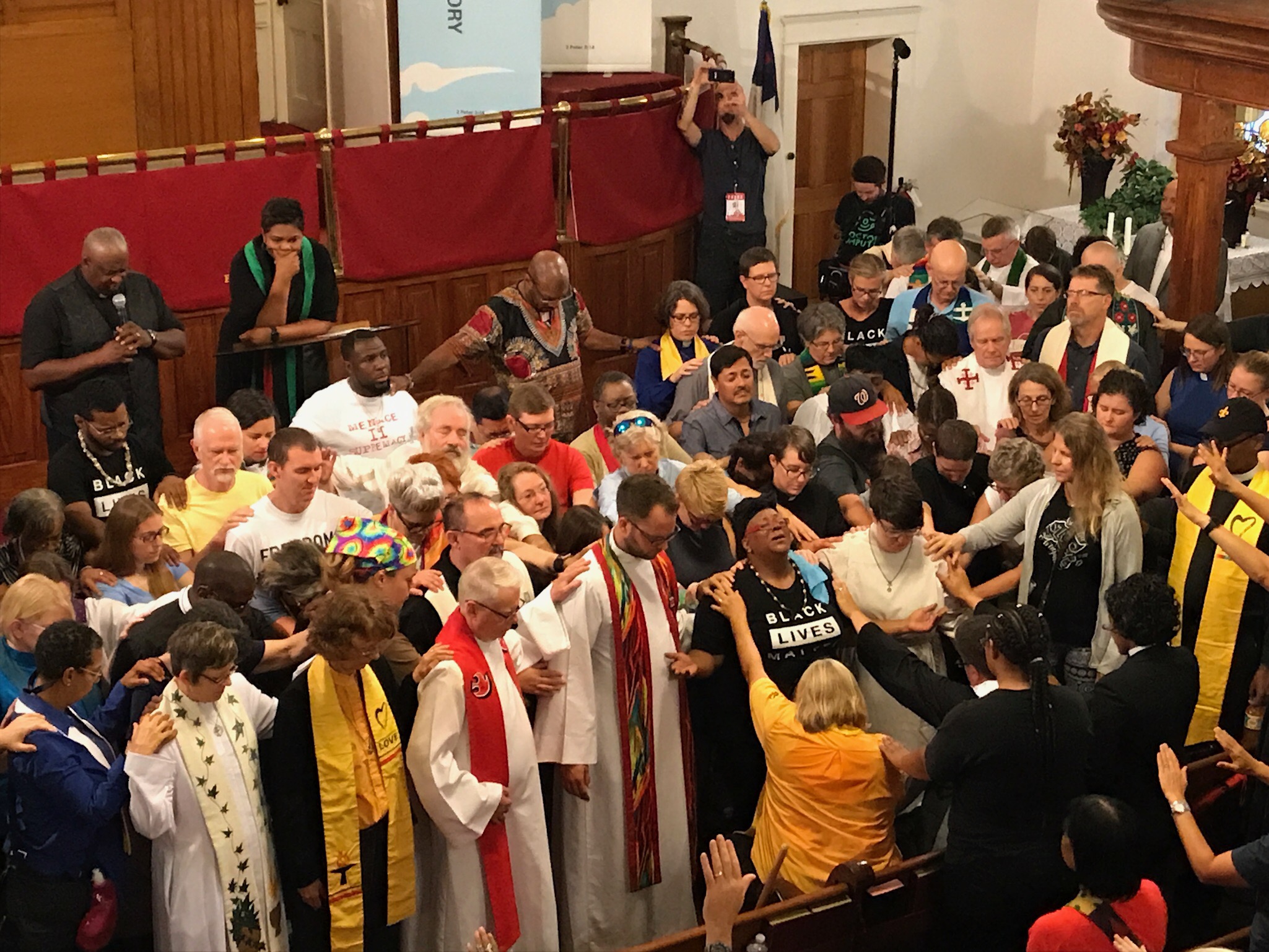 "The service last night was intended to be a moment of motivation, a moment of prayer, and a moment of encouragement for people who wanted to provide faithful witness of love anticipating today's march," said Blackmon. As she continued to talk about her speech, she was yanked out of harm's way. She was not hurt in the altercation.

As Blackmon was explaining, Friday night, as the prayer service was wrapping up, hundreds of of white supremists holding torches converged on the church, marching through the University of Virginia grounds. Police officers shut down the prayer service fearing they could no longer guarantee the safety of the worshipers.

Chanting "white lives matter," "blood and soil," "you will not replace us" and "one people, one nation, end immigration," the group rallied around a statue of Thomas Jefferson before they clashed with counter protestors.

And again on Saturday morning, tension followed another prayer service, as clergy linked arms outside an entrance to Emancipation Park in the face of militia members with automatic weapons. Not too long after, marchers representing the National Socialist Movement, the Traditionalist Workers Party and the Ku Klux Klan got violent, according to witnesses on the scene. 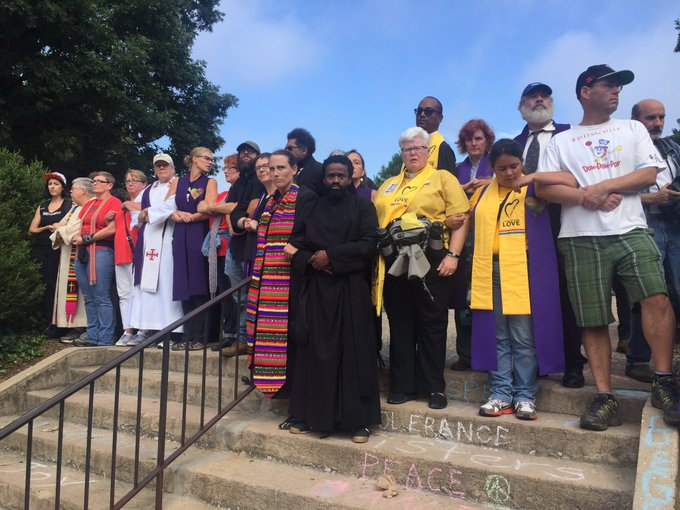 "They assaulted clergy, they assaulted local peace activists and they assaulted anti-fascist activists," said Andy Stepanian, a spokesperson for the Solidarity C'ville coalition which organized some of the counter protests, "they were using clubs, bats, and what appeared to be brass knuckles."

As skirmishes escalated in the streets of Charlottesville about an hour before the noon event, Virginia State police blocked off the entrance to the park, pushed people back and cancelled the 'Unite the Right' rally. Crowd estimates put the alt right members gathered at more than 1,000, with opposing groups at 5-6,000 people.

The events of the weekend the latest in a series of tense incidents unfolding across the United States over plans to remove statues and other historic markers of the Confederacy. The Saturday rally called in protest of the plans to remove the statue of Robert E. Lee from the renamed Emancipation Park.

Lecia Brooks of the Southern Poverty Law Center said this was the "largest hate-rally of its kind in decades in the United States."

By the end of the day Saturday, 19 people were injured and one woman, Heather Heyer, 32, was killed when a car driven by James Fields, Jr., 20, plowed into a crowd at high speed.