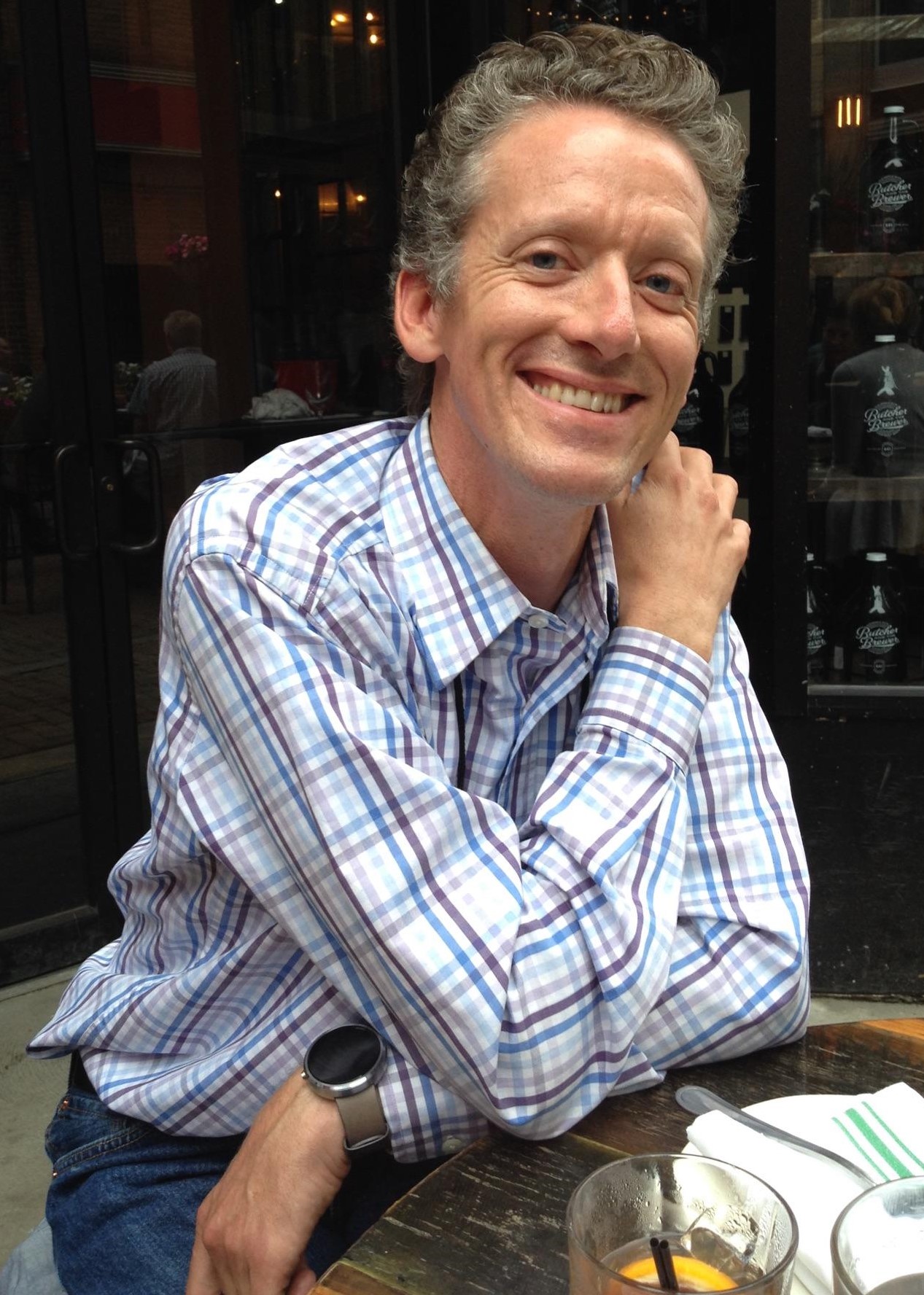 United Church of Christ congregations in Oregon and parts of Idaho and Washington have a new Conference Minister with deep roots there, even though he grew up on three continents.

At their annual meeting in Forest Grove, Ore., Central Pacific Conference delegates voted Sept. 28 to call the Rev. Tyler Connoley as their new leader. The region feels like home, Connoley said. And he thinks the rest of the UCC can learn something from churches in the Northwest about doing ministry in places that are either indifferent to religion or hostile to its progressive forms.

A fifth-generation ordained minister on his father's side and third-generation on his mother's, Connoley knows the conservative evangelical world. His clergy ancestors all belonged to Pilgrim Holiness and Wesleyan Church traditions. His parents were Wesleyan missionaries overseas. In the U.S., Connoley has lived and ministered in the Midwest and the Southwest.

Now he will bring that eclectic background – including his personal journey into Open and Affirming Christianity – to a UCC Conference that is huge geographically but has just 43 congregations. The region is demographically among the least churchgoing in the U.S. and, at the same time, is home to strong strains of evangelicalism. So UCC people's voices are often unique in their communities.

"I think they have a lot to teach the rest of the UCC," Connoley said. "Churches west of the Cascade Mountains live in a part of Oregon that is predominated by 'nones,' people with no religious affiliation. They're learning how to be Christian in a context that is becoming much more common in the 21st century, but they've been doing it longer than the rest of us.

"And east of the Cascades and in Idaho, they are learning how to be a progressive sanctuary in the midst of areas that are fairly hostile to their vision of God's inclusive kingdom, or kin-dom."

Connoley said he appreciates how intentional the Conference has been for years about growing its ONA, immigrant-welcoming, Just Peace and Creation Justice congregations, and, more recently, WISE churches, which are welcoming, inclusive, supportive and engaged regarding mental health.

"He has this amazing biography, with global perspective and global experience," said the Rev. Adam Hange, pastor of First Congregational UCC, Hillsboro, Ore., who chaired the Conference Minister search committee. "Also, he migrated to the UCC over time. He found liberation in our church and he's got an enthusiasm for the UCC that is compelling. He really understands the rural-urban divide; that's challenging sometimes to navigate in a Conference setting. He's the kind of person who can talk to anybody – going into different spaces and understanding your privilege as a white male but understanding what it's like to be marginalized." 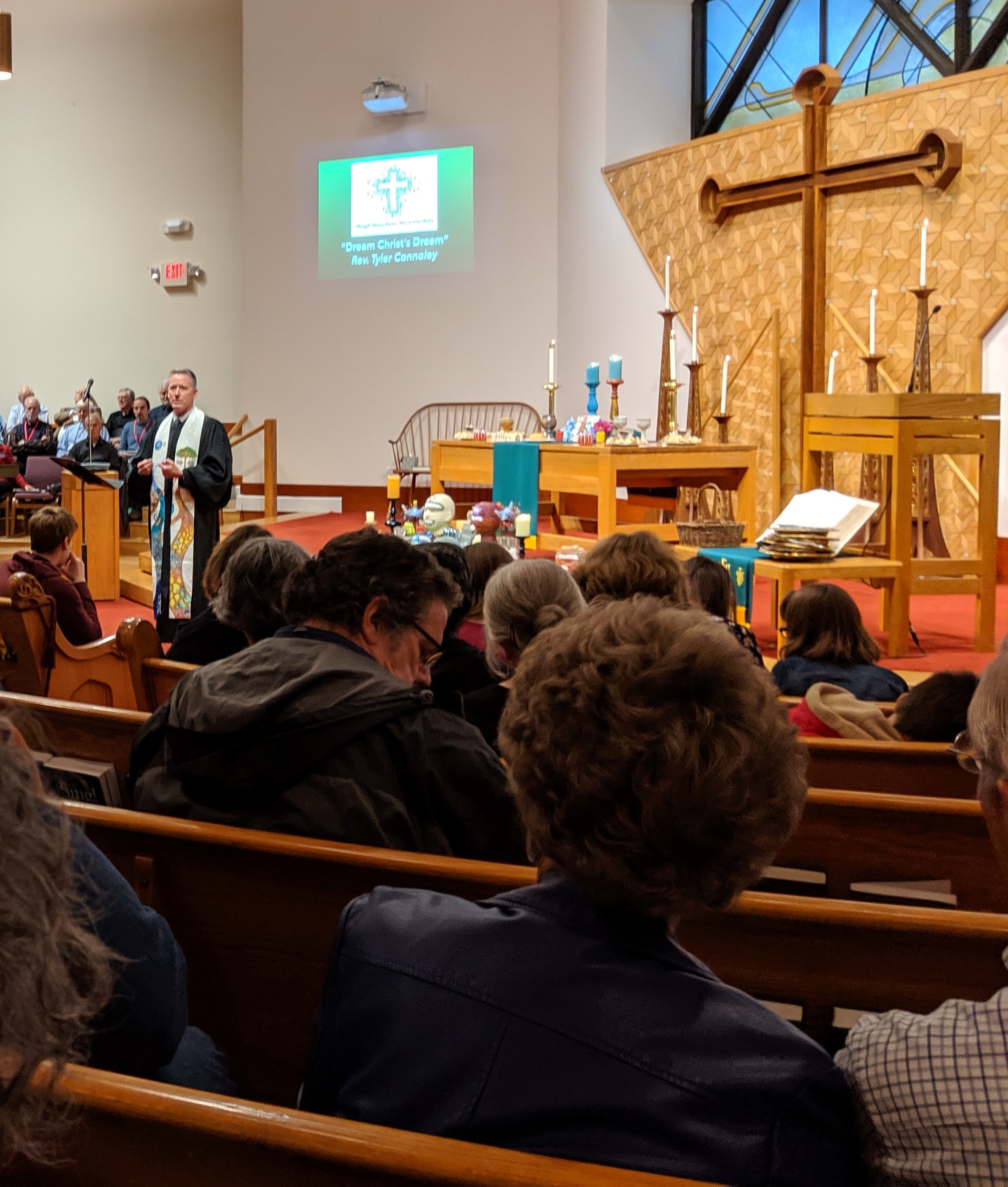 Until he was 12, Connoley lived in Zambia, where his parents worked as missionaries. Later they lived in South Korea and the Philippines. His four grandparents lived in Oregon, and "we always came home to the Northwest," he said. He went to kindergarten in Oregon while his father – a theologian as well as a missionary – attended what was then Western Evangelical Seminary. He graduated from high school in California during his father's Ph.D. studies at Fuller Theological Seminary in Pasadena.

After earning a bachelor's degree in business and economics at Indiana Wesleyan University (1993), Connoley himself became a lay leader in an Indianapolis congregation of the Metropolitan Community Churches. "I offered classes, seminars and safe spaces where queer people could explore their relationship with God and their desire to live as full human beings who loved well," he said. He also co-authored a 2002 book aimed at an evangelical audience, "The Children are Free: Reexamining the Biblical Evidence on Same-Sex Relationships." And he returned to school, earning M.A. and M.Div. degrees from Earlham School of Religion in Richmond, Ind. (2002 and 2009).

Connoley's first positions as an ordained UCC minister were in New Mexico. He served as an in-home hospice chaplain with Gila Regional Hospice, Silver City (2009-2014), was the founding pastor of Silver City UCC (2012-2016) and headed a one-year special project of the UCC Southwest Conference as immigrant care coordinator (2014-2015).

In 2016, he and his husband moved to St. Louis. The UCC Missouri Mid-South Conference hired Connoley to fill in as an Associate Conference Minister (2016) during a sabbatical. Since 2017, he has served as its minister for search and call discernment. His last day of work in that position was Oct. 6. He will begin his new Central Pacific ministry Nov. 1, based at the Conference office in Portland, Ore. His husband, Rob Connoley, an award-winning chef, will remain for now in St. Louis, where his restaurant, Bulrush, was named best new restaurant of 2019 by St. Louis Magazine.

Hange is impressed with the people skills that Connoley has honed in a career that has varied from hospital chaplaincy to running a small Silver City store, the Curious Kumquat, with Rob. "In Tyler, I saw a kind of entrepreneurial spirit and also a chaplain's sensibility," Hange said. "He is able to listen carefully and help people name what they are feeling – to grieve change and also see new life in that change."

Connoley said he looks forward to living into those priorities while traveling the Conference, "listening deeply and getting to know people well – listening together for where the spirit is calling us."