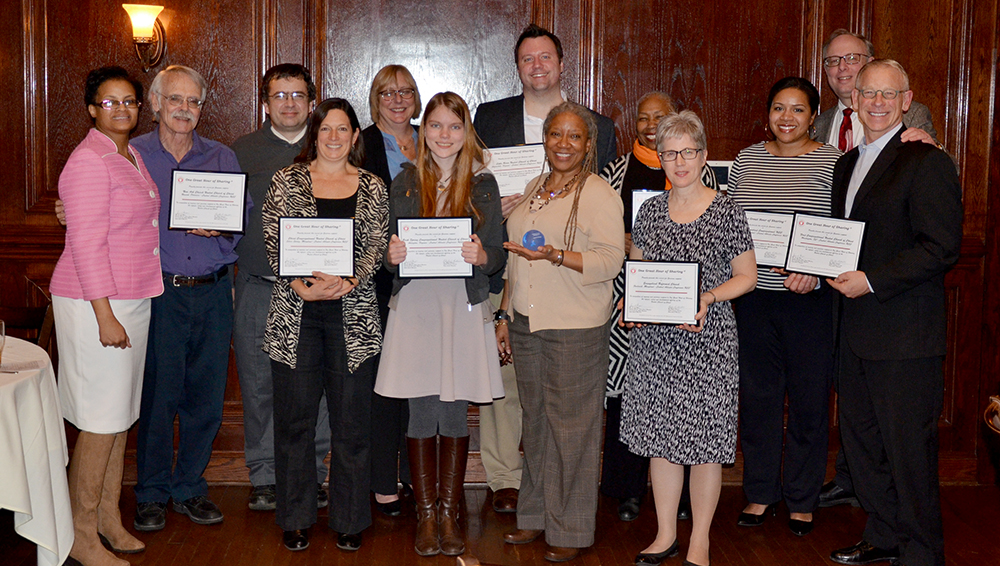 Each year, donations to One Great Hour of Sharing are used to transform lives around the planet. Of the 38 conferences that make up the United Church of Christ, the congregations of one in particular, the Central Atlantic Conference, have been steadfast supporters of the annual offering.

Of the Top 100 giving churches, based on per capita amounts donated in 2014, 10 of those churches are in the Central Atlantic Conference — the most Top 100 churches in any of the UCC conferences. All told, the range of giving in the conference was $10 to $24 (per capita), with an average gift of $15.20 per person.

As Conference Minister the Rev. John Deckenback put it, the churches of the Central Atlantic Conference are known for their spirit of generosity, hospitality and ministry.

"The overall spirit and affirmation of being part of the United Church of Christ and the One Great Hour of Sharing offering is an extension of the social justice witness of this conference," Deckenback said. "Our congregations care about disasters and refugee crises around the world. It fits together in the spirit of hospitality."

One Great Hour of Sharing, one of the UCC's five annual offerings, raises money to respond to emergency relief, disaster response, sustainable development and social services in some of the poorest areas around the globe. The donation will be taken again in local congregations this month.

Rock Spring Congregational supports more than just OGHS. It ranks as the top giving church (total dollars donated) among UCC congregations that are 5 for 5 — a designation for congregations who donate to all five of the UCC's all-church offerings — having donated about $166,000 to all five offerings in 2014. 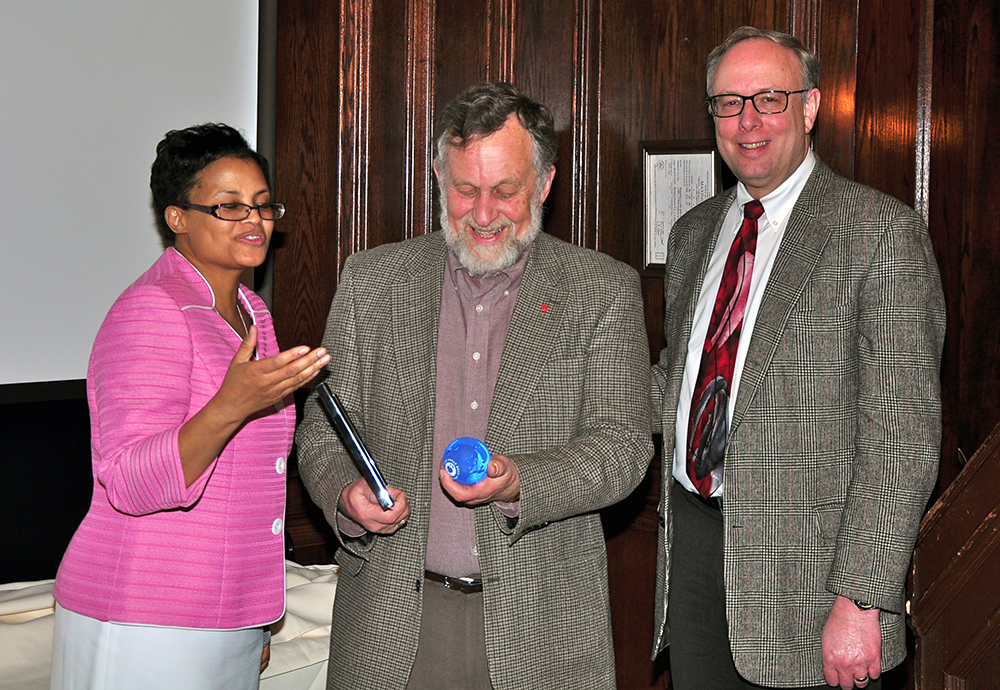 The Rev. John Deckenback receives an award for having the highest number of UCC congregations ranked in the UCC Top 100 (per capita) based on 2014 giving. John has been a long-time supporter of OGHS, and previously was part of the OGHS Program Committee while he served on the Wider Church Board.

"We felt it important to acknowledge this because the conference minister, Rev. Deckenback, has been a huge supporter of the One Great Hour of Sharing offering for years," said Phyllis Richards, program associate for the UCC's Global Sharing of Resources team. "He has been mission-minded and he has suggested ideas to raise money, all while ensuring Central Atlantic Churches to be generous supporters of the offering year after year."

The Southern California-Nevada Conference has the second-most Top 100 OGHS congregations with eight. Richards paid that conference a visit in January to offer thanks for those OGHS contributions on behalf of the national setting.

"The reason we want to thank these conferences is that there are so many options to give to, and their continuous support to the denomination's mission is crucial," Richards said.

Deckenback said he was "pleased and proud, but not surprised," that the conference has the most Top 100 churches that give to OGHS, "because it goes back to that spirit of generosity, hospitality and ministry. He also added the care of the conference's congregations on global matters goes beyond financial contributions. "We have two congregations that have mission study trips to the Middle East during Lent," he said.

"We are called as part of a discipleship to meet the needs of those around us, to welcome the stranger, to preach liberty to captives and recovery of sight to the blind. That is what One Great Hour of Sharing is about," Deckenback said. "It's a compelling mission and ministry of church, and in the United Church of Christ it completes our social action and advocacy."