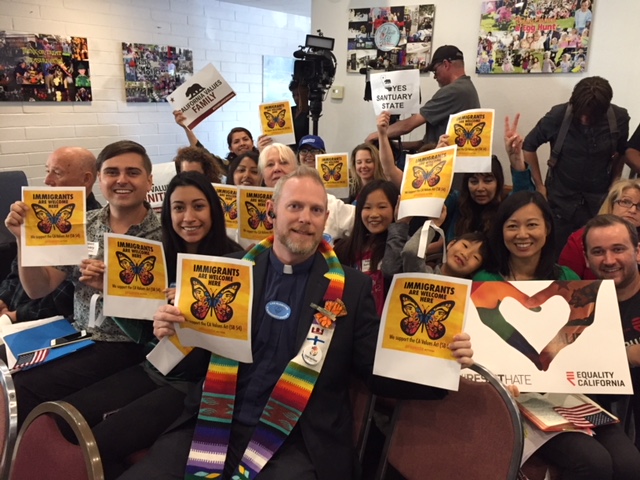 A California UCC pastor, supported by his congregation, has joined the American Civil Liberties Union in a lawsuit against the city of Los Alamitos for trying to exempt itself from the state's Sanctuary law.

The ACLU filed the lawsuit Wednesday, April 18, in Orange County Superior Court, naming the Rev. Samuel Pullen of the Community Congregational United Church of Christ of Los Alamitos and members of the group Los Alamitos Community United as plaintiffs in the case.

The move follows a decision Monday evening by the Los Alamitos City Council, which passed a precedent-setting ordinance on April 16, that relieves the city from following the California Values Act, which limits local police cooperation with Immigration and Customs Enforcement.

"The atmosphere the city wants to create goes against what we stand for as a church, and what I stand for as a pastor," Pullen said. "We have a lawsuit we think we can win. In just a short period of time, progressive voices have come out of the woodwork. Our church has been the hub of that grassroots coalition."

The lawsuit contends the Los Alamitos anti-sanctuary ordinance is unlawful, wastes taxpayer money and threatens the safety and well-being of the city's residents.

"I joined the lawsuit as an individual because my livelihood as a pastor could be compromised," said Rev. Pullen. "We are a diverse congregation; our main demographic is multi-racial families. Couples with an Anglo married to Latino or a Muslim. They all feel welcome. We create a space where diversity is more than ok — we celebrate it. We have immigrants that come because it's a safe space. If the city actively cooperated with ICE, our members might stop coming to church. We are known as an immigrant friendly church, we want our church to be a safe space but if city is anti-immigrant..." 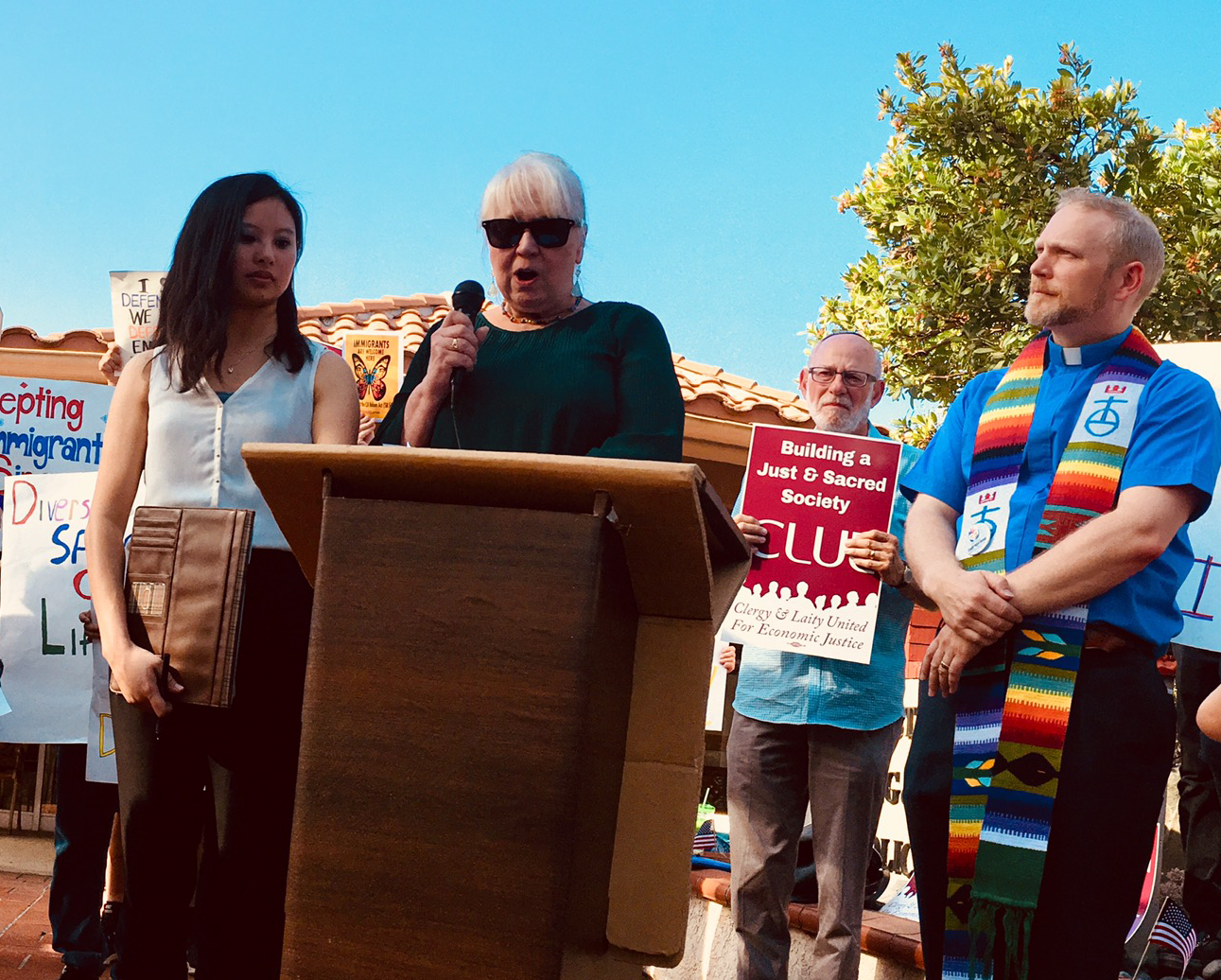 "The Southern California Nevada Conference supports the right of immigrants as a faith mandate, officially declaring itself a Sanctuary Conference in 2017. Community Congregational, UCC, Los Alamitos has become one of the Conference torchbearers in ensuring the rights of immigrants. In doing so, they have decided to be prophetic at a time when their city leadership has decided to turn their backs against the marginalized and oppressed," said the Rev. Felix C. Villanueva, conference minister of the United Church of Christ in Southern California and Nevada. "In taking such a brave stance, Community Congregational, UCC is paving the way for other congregations in this Conference to oppose similar actions now on the docket of nearby cities and ensuring that our churches are places where everyone is welcome!"

Several other California communities in Orange County and beyond are watching what is unfolding in Los Alamitos. The anti-sanctuary ordinance, which had been up for discussion by city leaders for more than month, continues to be challenged. Pullen said he, community organizers and the ACLU, heartened by support of their neighbors, are hoping to get a temporary restraining order or an injunction to put the implementation of the measure on hold until their case is heard.

"Every week we had some sort of action or event leading up to the council meeting. And we did have a victory Monday even though the ordinance passed," Pullen said. "From the time they introduced this, the council chamber was packed with hecklers who wouldn't let people opposed to it speak. On Monday before the vote, our community set up to guard the space. We were able to get into the chamber with local residents. We demanded of the council that they enforce rules of decorum. Everyone who spoke was listened to. I think they [city leaders] made a mistake. Though council members expressed some reservations, they went ahead with it."

Pullen, Villanueva indicated, is leading a rebirth of his church by opposing injustice in the community. Membership has almost doubled in three years, with Community Congregational becoming a vibrant, social action, activist congregation, one that Pullen said is welcoming new worshippers weekly.

"Speaking out against this ordinance, there's been something amazing about opening our doors," Pullen said. "People feel like we are their community church. We've had more people coming to visit since we've been taking a stand on this. Every Sunday we've had new visitors. I just got an email today that said, 'Hello, I saw the article in the LA Times and I recently moved to Los Alamitos and was thrilled with this little town until I heard about the ordinance. I totally agree with your philosophy and am planning on attending church on Sunday.' We've gotten more free advertising in the last month than what I've paid for in all the time I've been there and people are coming to us because of that."

"Sam is a passionate and tireless advocate for justice for our immigrant sisters and brothers and uniquely gifted and for this a time such as this," said the Rev. Dave Sigmund, who last served Seaside Community UCC in Long Beach before becoming the UCC's 3 Great Loves ambassador. "What a testimony of sharing God's love for all our neighbors and helping make a more just world for all."

Pullen's congregation is planning to keep fueling that movement.

"We have a meditation mindfulness workshop planned for Saturday as a detox from the hate speech we endured," Pullen pointed out. "And we are planning a diversity picnic next month to create a safe space where people feel valued."

"I think we can win it. We could stop that ordinance in its tracks."