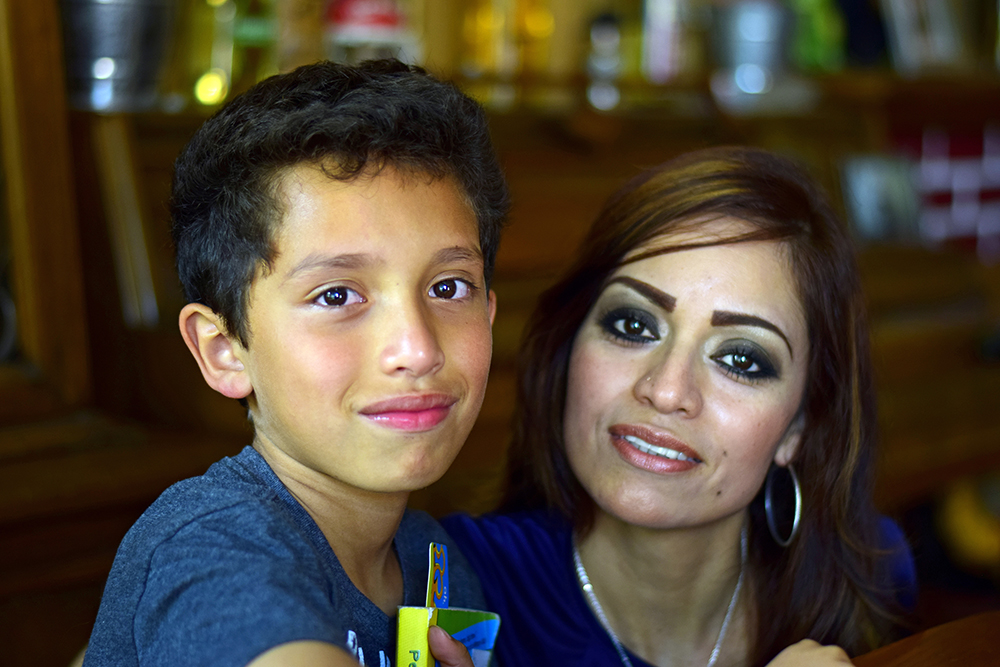 A California United Church of Christ congregation threw a "Green Card" party Saturday afternoon, May 14, celebrating the promise of citizenship for a woman the church sheltered, in sanctuary, from the threat of deportation for nearly three years.

Sanchez de Saldivar, now in her late 30s, was a young mother from Mexico living in Oxnard, Calif., when in August 2007, after threat of deportation, she was offered sanctuary by the United Church of Christ in Simi Valley, finding refuge with the congregation of less than 100 members, living with an infant in the church parsonage.

"In 2007, an interfaith coalition came together to offer this young woman and her two-month-old son sanctuary," said the Rev. June Goudey, who was pastor of the Simi Valley church at that time. "It was a very difficult time  because the 'New Sanctuary Movement' was in its infancy and people thought we were harboring a fugitive."

Liliana found her way to the UCC congregation through Clergy and Laity United for Economic Justice –– Ventura County (CLUE). Goudey was on the board of the interfaith organization, and offered to house Liliana, who was married with three young children, after immigration agents tried to deport her. 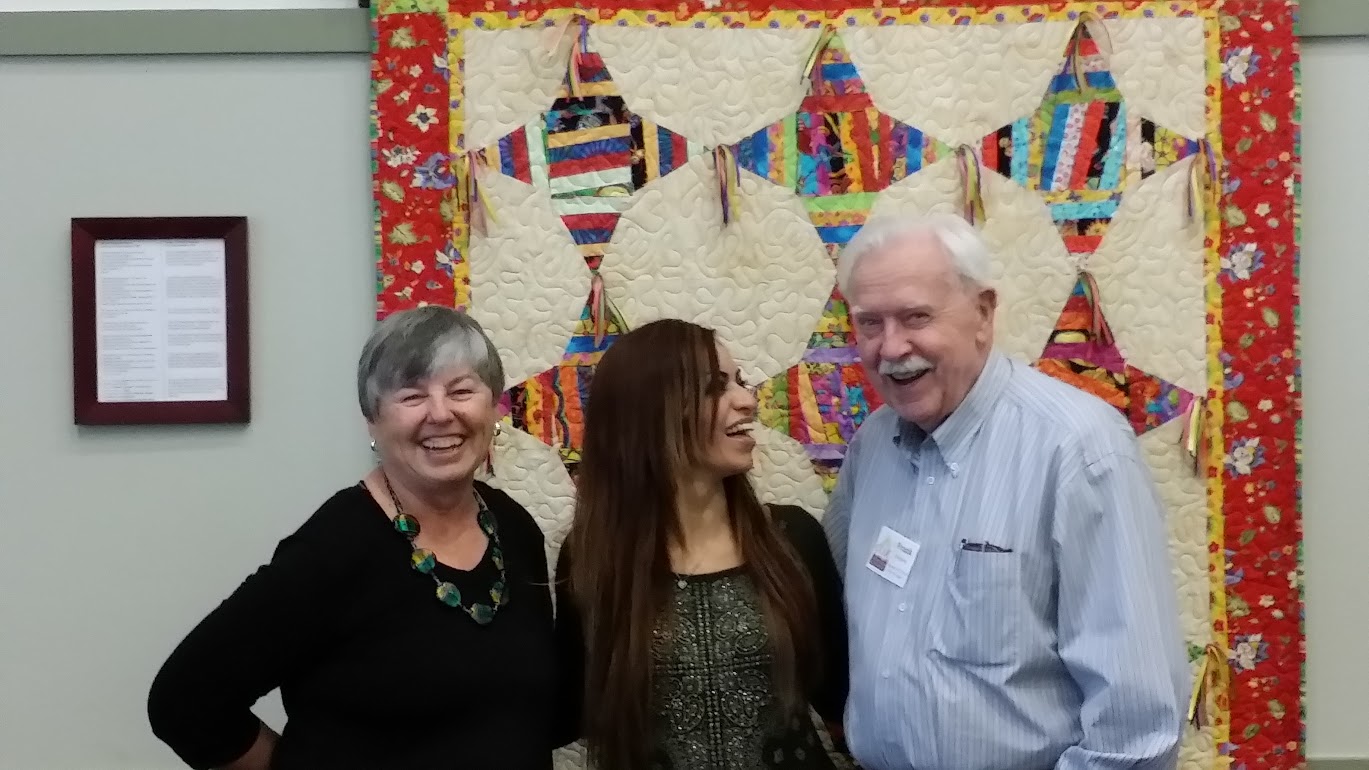 "Our effort began as a three-month commitment. But when no other church in Ventura County was willing to become a sanctuary, months turned into years," said Goudey.

The congregation provided sanctuary to Liliana for three years, voting every three months to continue the commitment to house her, and later her husband, Geraldo, and their family. There were many volunteers from CLUE interfaith coalition who assisted in the effort.

"Part of the meaning of sanctuary is that we are not hiding an undocumented immigrant but providing shelter and  community while working for Comprehensive Immigration Reform, with Liliana being the face of this movement," said the Rev. Frank Johnson, pastor emeritus of the Simi Valley church. "Our providing shelter meant that we had someone present in the house with her 24/7; my job was to schedule the shifts of accompaniment people, day and overnight. She attended our services each week and there were anti-immigrant protesters outside the church every week for nearly a year, carrying signs and using bullhorns to shout slogans. Inside the church, the Spirit kept us aware that this was a holy place and what a blessing that was!" 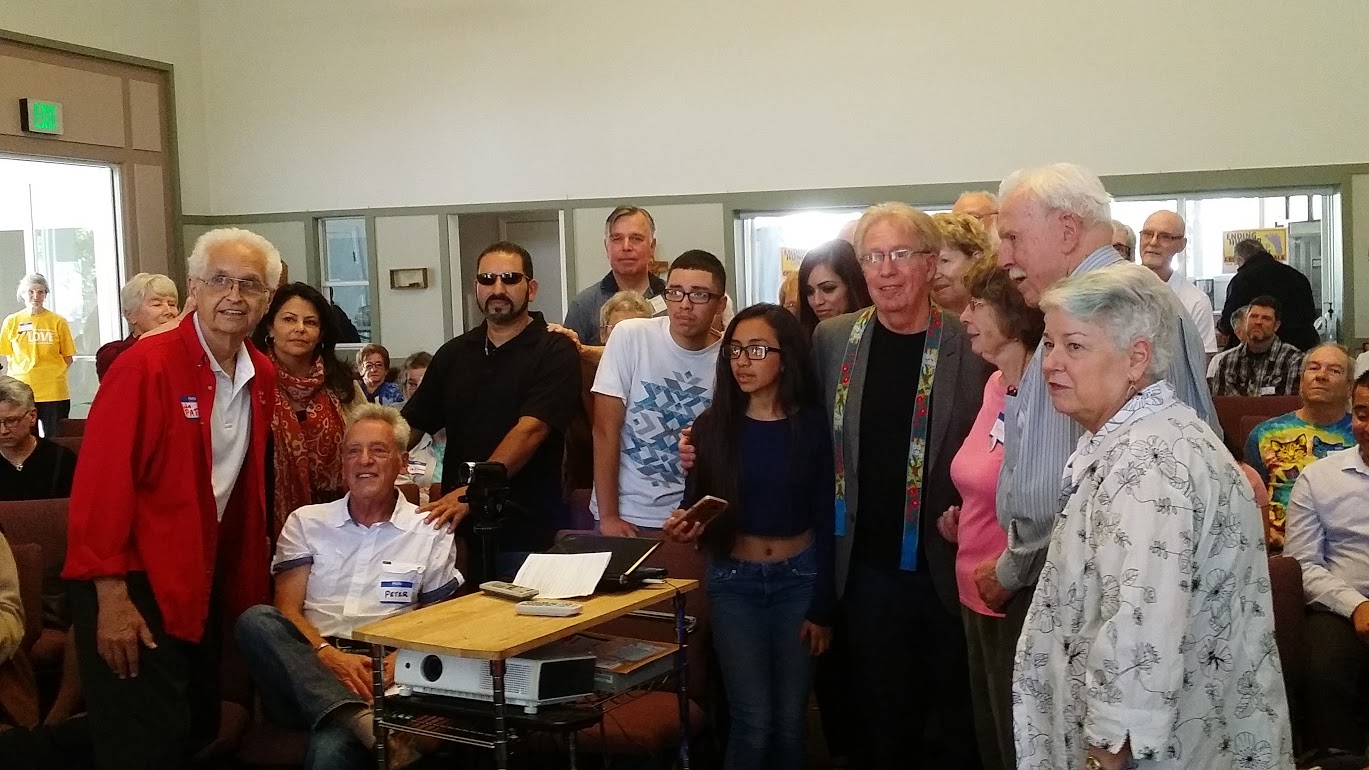 "What enabled the Simi church to take this risk was their strong reliance on two of their 18 core principles: "Our church is challenged and inspired by the teachings of Jesus"; and it "encourages involvement on behalf of those whose rights are threatened," said Goudey. "The congregation had also become Open and Affirming in 1998, which created a sense of fearlessness that other churches lacked. After thoughtful discussion and prayer, they knew that offering sanctuary was the right thing to do and no amount of outside pressure –– including the city's demand that the church cover a $40,000 bill for police protection –– swayed them from their commitment to justice."

While living under the threat of deportation, Liliana and her allies spoke out against the U.S. policies and laws that are separating families. Liliana said she knows that but for the grace of God and the sanctuary of the church, she could have been locked away far from her husband and children while fighting her deportation to Mexico.

In July 2010, Liliana –– today a mother of four –– was granted Deferred Action Status, which Johnson said was "part of the government's movement toward reform known as prosecutory discretion, a stance influenced by the lobbying efforts of the national new sanctuary movement."

In the ensuing five years, her attorney worked to have her status changed, and in late 2015, eight years after agents showed up to deport her, Liliana got her Green Card, giving her permanent residence status, and the opportunity to become a United States citizen.

"I opened the letter, and when it said my application for permanent residency was approved, I thought 'Oh my God, they approved my application,'" said Liliana. "I called my husband, my mother, my lawyer, and then I called Frank." 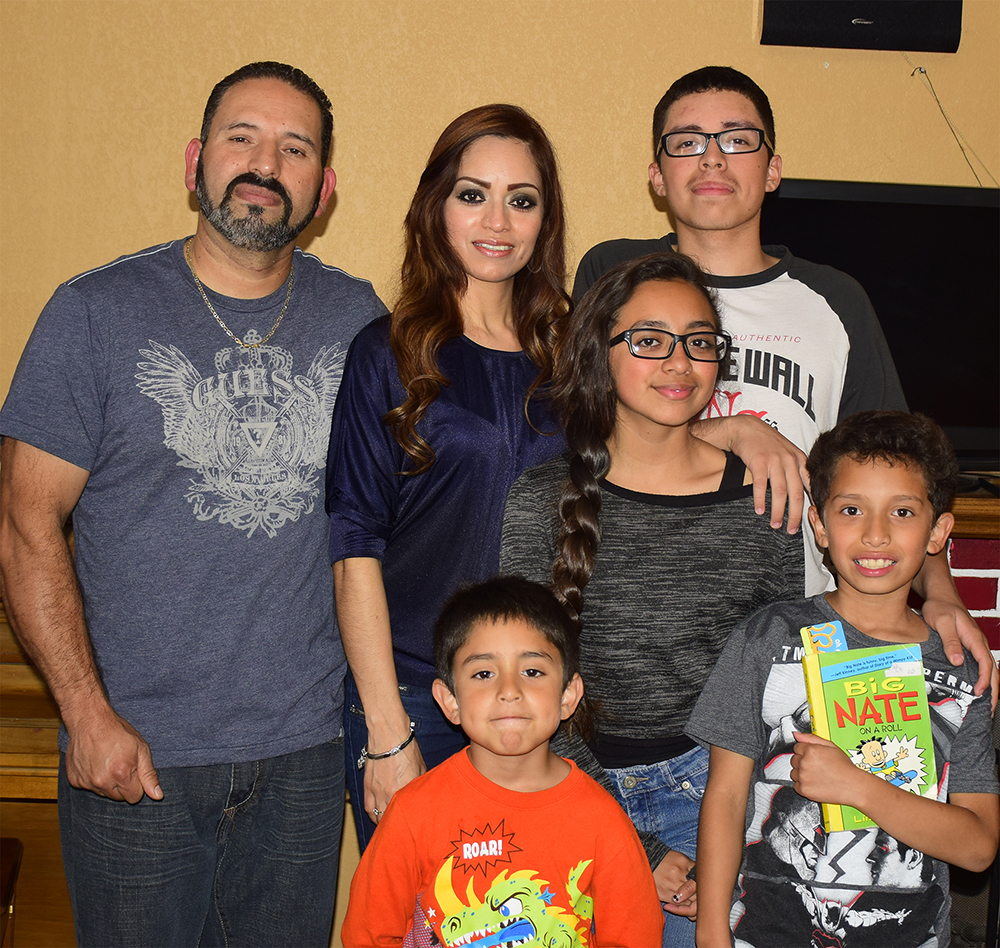 "The fact that Liliana finally received her green card and, in a few years, can apply for citizenship really is an amazing testament to the congregation's members and interfaith friends who stayed the course over three difficult and very stressful years of sanctuary," said Goudey. "The interfaith coalition that supported her and her family by meeting monthly for five additional years, as her lawyers tried every angle possible to keep her from being deported, is also a testament to what people of faith can do when they are clear about their purpose –– even when the task seems impossible."

Saturday's event was a celebration of the courage, faith and strength that enabled Liliana to resist while millions of other people were being deported. It also recognized the power of volunteers committed to the belief that moral laws are more righteous than the government’s ruling, on a legal technicality, which would have forced the Oxnard mother to the other side of the border wall from her husband and children, all U.S. citizens.

"There are hundreds of thousands of people like Liliana, living here without documents, serving us in farms, in kitchens, etc. They are not enemies. We need them," said Johnson.

"I want to say thank you, thank you so much to the UCC in Simi Valley –– they are a community with a big heart," said Liliana. "There were only 80 members, and they took care of us. These people now — I feel like they are my family."