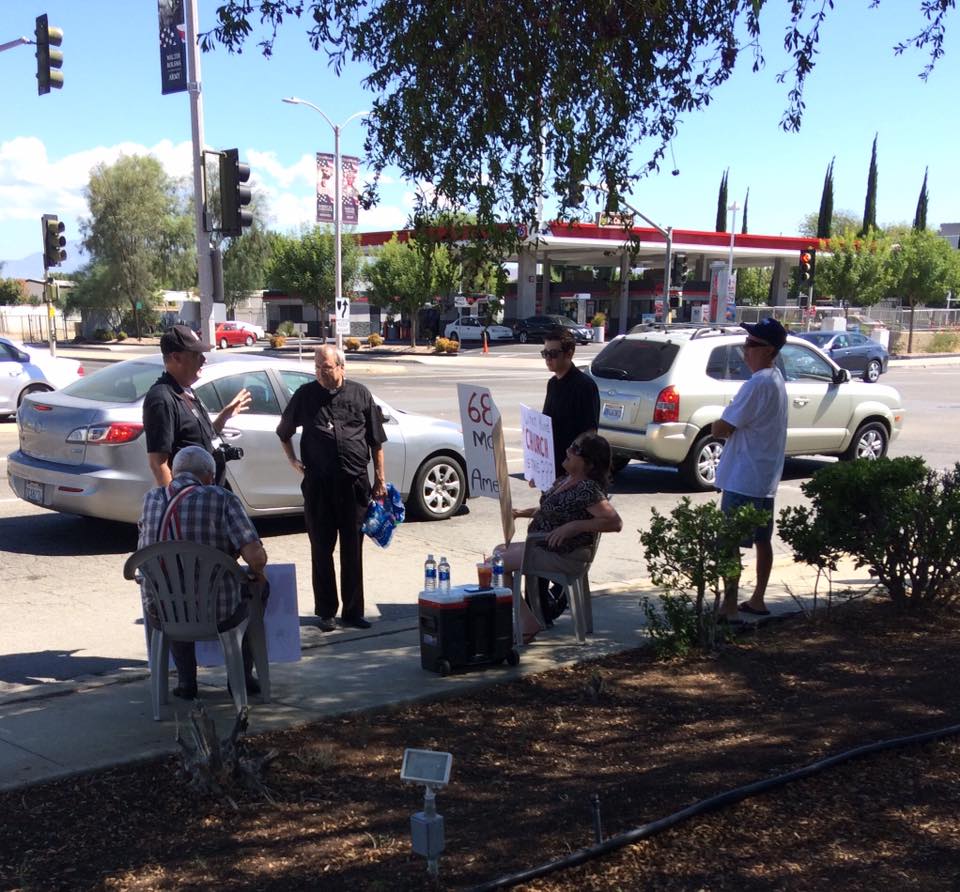 They knew it wouldn't be a popular idea in their Southern California community. But the members of Menifee United Church of Christ voted after worship Aug. 27 to become a sanctuary church. And if the congregants weren't sure members of their community were in opposition to their decision, the protest outside their building Sunday morning proved it.

The church senior pastor, the Rev. Bill Freeman, said his small congregation studied the idea of becoming a sanctuary church most of the month of August. He knew the protest was planned, and hoped that the demonstration wouldn't scare the people of Menifee UCC from following Jesus.

"Jesus was an immigrant, Jesus was a refugee," Freeman said. "Our congregation voted to be a beacon of light in the sometimes dark debate over immigration."

As part of the preparation for Sunday's vote, Freeman took that debate to the Menifee City Council on Aug. 16, and asked lawmakers to designate the community a sanctuary city. The idea went over like a lead balloon, but Freeman said, because of his faith, he had to ask. An ask that spurred objections, triggered the protest outside the church, prompted critical phone calls and e-mails, and pressed one of his neighbors to reach out to the UCC national offices in disapproval.

The Rev. Elizabeth Dilley, of the Ministerial Excellence, Support and Authorization (MESA) team took the phone call. "I explained to the caller that in the United Church of Christ we have testimonies of faith, not tests of faith," she said. "Rev. Freeman has been a progressive word of hope in a part of a state that isn't that progressive and that's an important witness."

While Menifee United Church of Christ doesn't have the facility to house undocumented immigrants as a sanctuary church, Freeman said they will advocate for them, and support other sanctuary churches in the area as best they can.

His congregants will also continue to push their national representatives too.

"We urge Congress and the President to support immigration reform so that our 11 million brothers and sisters from Mexico and other countries have a realistic path to citizenship," he said.