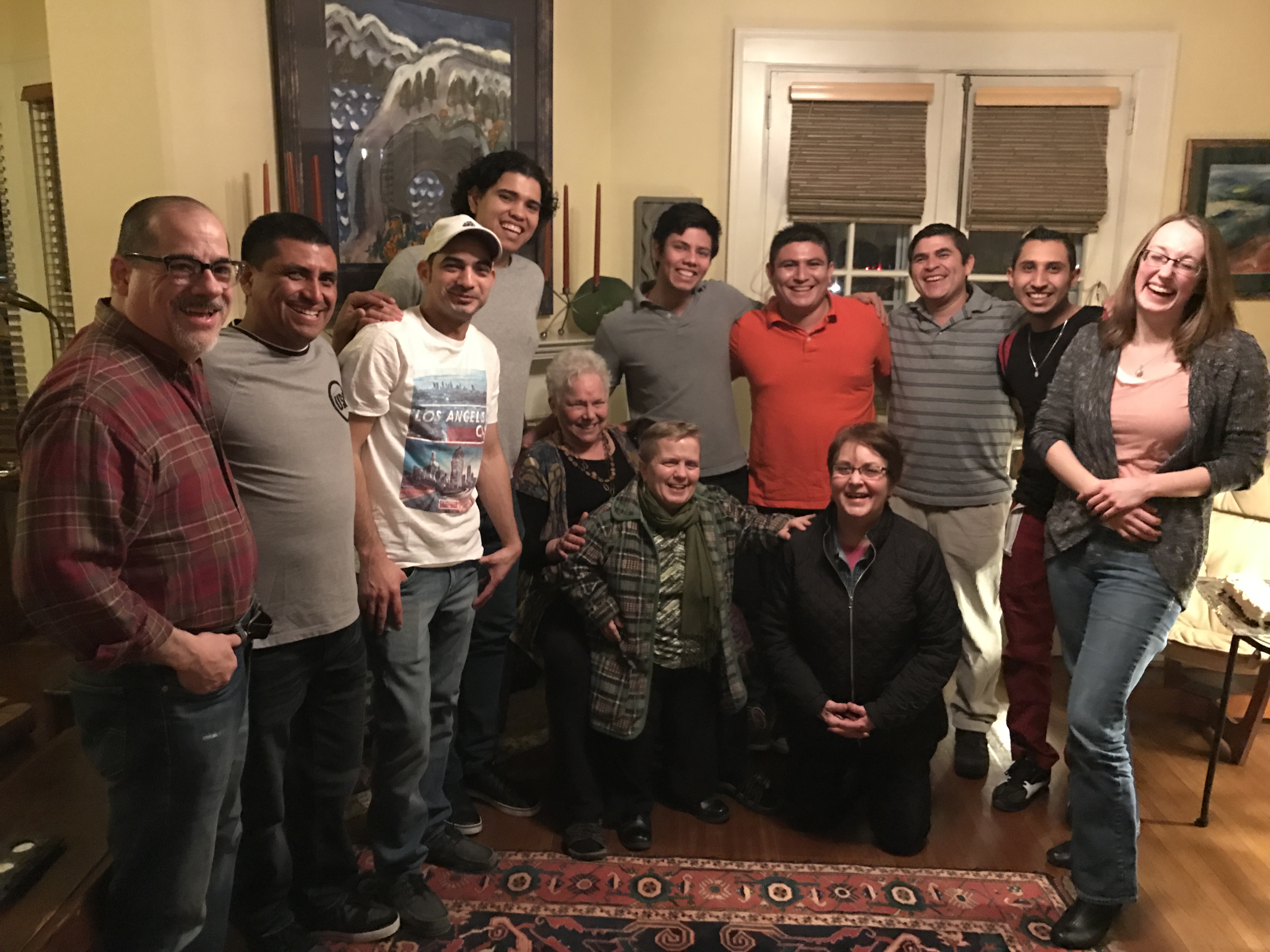 A United Church of Christ congregation in Buffalo, New York is heeding the call to build a just world for all as a place of sanctuary, enabling undocumented immigrants to find refuge and resources on their way to new lives and opportunities in Canada.

Pilgrim-St. Luke's and El Nuevo Camino UCC, proudly proclaimed as a Sanctuary Church on January 29, has already housed 21 people in need of assistance from El Salvador, Guatemala, Colombia and Venezuela. That includes three families. As of March 25, the congregation has helped 10 adults and three children obtain lawful entry into Canada.

"At Pilgrim-St. Luke's & El Nuevo Camino, we are committed to working with immigrants and honoring the sacredness of lives better," said the church's pastor, the Rev. Justo González, II.

"We have a border crossing less than 10 minutes away from us. We knew we needed to do this. The church discerned this new ministry to be part of its historic DNA to meet people in their lived reality and to be actively engaged in the community. Partnering with a local NGO (who doesn't want to be named), we could be the last stop on this new Underground Railroad that welcomes people into the Canadian asylum system." 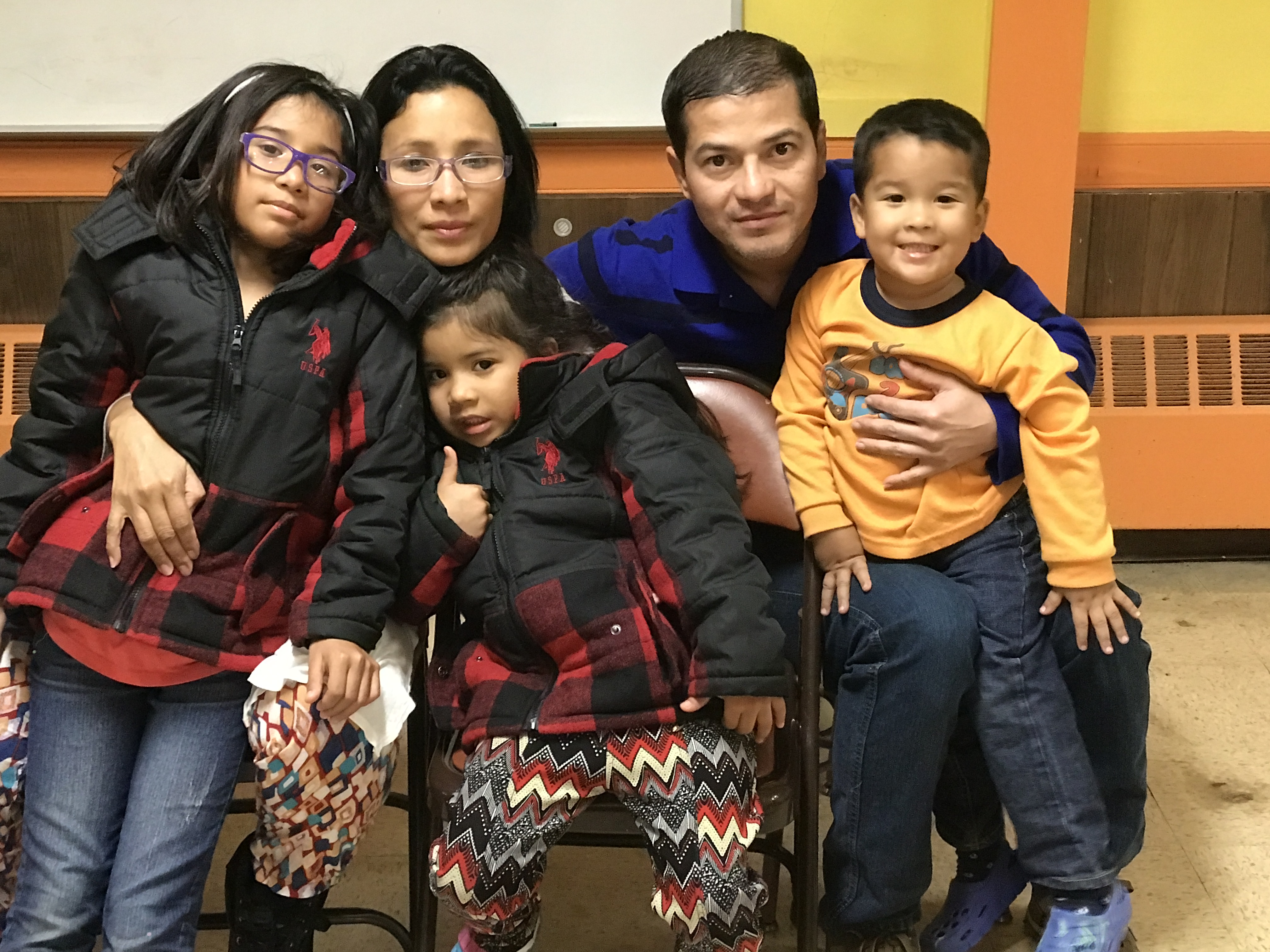 "Hearing the words 'welcome to Canada' was a glorious relief," said Jose, one of the congregation's guests who fled Venezuela with his wife Maria and three young children after being threatened by the government. "God has blessed us and the People of Pilgrim-St. Luke's & El Nuevo Camino helped to make this a reality. My wife, children and I are eternally grateful."

González and his congregation have learned a lot about the asylum process of our neighboring country in the last few months. "People who have been allowed to enter Canada have been found to have 'credible fear' of returning to their countries of origin," he said. "To be approved for initial entry they have passed through extensive interviews at the border. Our folks are telling us that they have had multiple interviews lasting many hours before a determination is made. One of our families went through 8 hours of interviews with different Canadian Immigration Officers before being granted entry." Final determination comes from an immigration judge within 60 days.

"Being a community of grace and extravagant welcome excited us. Not only could we do the work of justice but we had the potential to help people fear no more and begin new lives in Canada," González said. "How could we not engage?"

The people of Pilgrim-St. Luke's & El Nuevo Camino first immersed themselves in assisting undocumented immigrants last fall, after Immigration and Customs Enforcement raids rounded up 25 people at three local restaurants. Making the leap to offering sanctuary, for them, has been a logical progression.

"It actually isn't as much a leap as it is an evolving of the ministry to which God is calling us," said Marianne Rathmann, a retired Christian Educator, and present chair of the church Outreach Committee. Part of the congregation for over 30 years, she insists, "it's in our DNA! After sponsoring a refugee family 18 years ago, having a couple of refugee families join our congregation over the past few years, and helping the #Buffalo 25, we were ready to take a risk and become more. Pastor Justo's commitment to people who are experiencing injustices and his challenge to our congregation to become more involved has led us to live out justice in action."

Thinking they were making a local statement as a sanctuary church, the congregation's work has put them, and the core values of the UCC, in the spotlight both nationally and internationally.

González, who said he "was completely taken aback that this story put Pilgrim-St. Luke's & El Nuevo Camino UCC at the forefront of a national movement,"  is capitalizing on the attention to help others in need.

"We have received even more calls, emails and donations from people who need help and those we want to support us in the care of these, the least of our sisters and brothers. Our local, regional and national attention has also led to Canadian and American partners reaching out to the church," he said.

"We have begun to create partnerships that allow us to help and refer those seeking to leave the USA. Our partners assist immigrants with preparing their cases, filing the legal paperwork, coming to Buffalo to wait for their immigration interviews and refer cases to us. People who come as our guests have already been vetted by our partners and have very good chances of obtaining lawful entry into Canada."

"Canada offers me safety from the gangs that gave me an ultimatum, 'Join us or die or watch your family suffer,'" said Jerson, a  17 year old who fled El Salvador in July of last year. If he's granted asylum, he plans to work to bring his mother and sisters to join him. "I was scared for my life and so was my family. They specifically threatened to rape my 11 year old sister. Please pray for my mom, my 11 year old sister, my 8 year old brother and my little sister, 7 years old. It's devastating leaving them behind without protection. I hope to get into Canada."

Jerson was living in New Jersey when he learned about Pilgrim-St. Luke's & El Nuevo Camino from an aunt who is a Canadian resident.

"I came to the church and was welcomed with open arms," Jerson continued. "I've been here two weeks. I've submitted all the paperwork and documents required to obtain an asylum hearing. I'm just waiting. The church has helped me with everything. They have welcomed me, treated me like family and provided a warm, clean safe space. Padre Justo has helped us with everything humanly possible. He's opened his closet and told me to take whatever fits. I've been blessed shirts, pants and shoes that I needed. He and his spouse James have even opened their door to his. They allow us to stay with them so that we don't have to sleep on a cot every night. I am profoundly grateful to Pastor Justo and Pilgrim-St. Luke's El Nuevo Camino UCC."

"People come to us as the literal and biblical 'stranger' and leave us as familia, sisters and brothers in the journey," González said. "They have blessed us in ways that they can't even imagine. Their lives and courage have helped us be bold, be active and be public sharing good news and opening our doors to many others. We now speak about the family that is with us, all of them, and the family unknown to us yet that is coming. It is a joy to serve their needs and make Christ known to them through a multilingual, intercultural, ONA community of faith."

"We're also helping them to experience that it is an openly gay Latinx Pastor that is offering them grace," he continued. "In most of these countries LGBTQI peoples are looked down at and shunned. Here they see young and old, white, black, Latinx, African, straight, gay, bi, queer and trans people offering them sanctuary and a hand up in the midst of their struggles. What better way to model the great diversity of the Godhead than living it with them?"