Boston drowns out racial hatred with faith and love 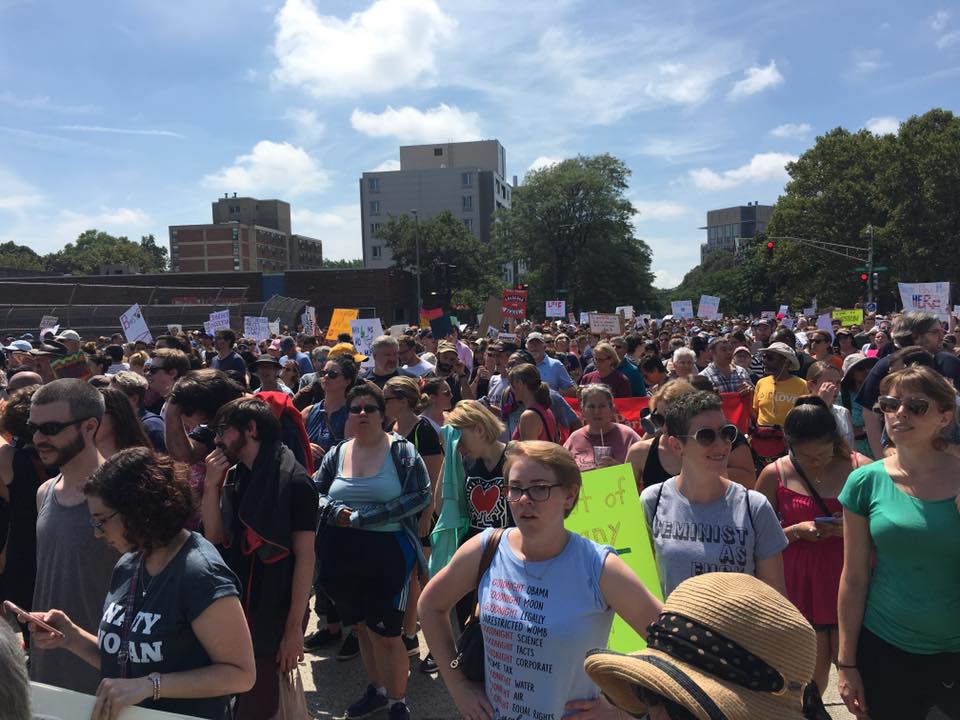 When racial hatred and white supremacy tried to show up this weekend in Boston, the ugliness was drowned out by love.

Upwards of 30,000 people descended on the city Saturday, Aug. 19, in response to a far-right wing “free speech rally,” sending a clear message that the type of hate they espoused has no place in today's world.

The Rev. Kelly Gallagher, an associate conference minister with the Massachusetts Conference of the United Church of Christ, believes that the counter-protest by justice advocates, the interfaith community, and anyone who opposes racism, was a direct missive, one that sets up a foundation for anti-racism advocacy moving forward.

"It sends a message that there is intolerance of hatred and white supremacy and Nazism," she said. "The work going forward, I think, is to drop that line lower and lower to white privilege," Gallagher said. "It's a heartening place to say we all agree on this. When 30,000 people show up to say no, six days after Charlottesville, it's a heartening statement to say we have made a verbal and physical statement to stand up to hatred and that kind of overt white supremacy. It can't be seen as an anomaly or a just-this-moment event."

There were counter-protests throughout the Boston area, with the primary march drawing about 15,000 people and ending early the "free speech rally" that aimed to support nationalist ideals. 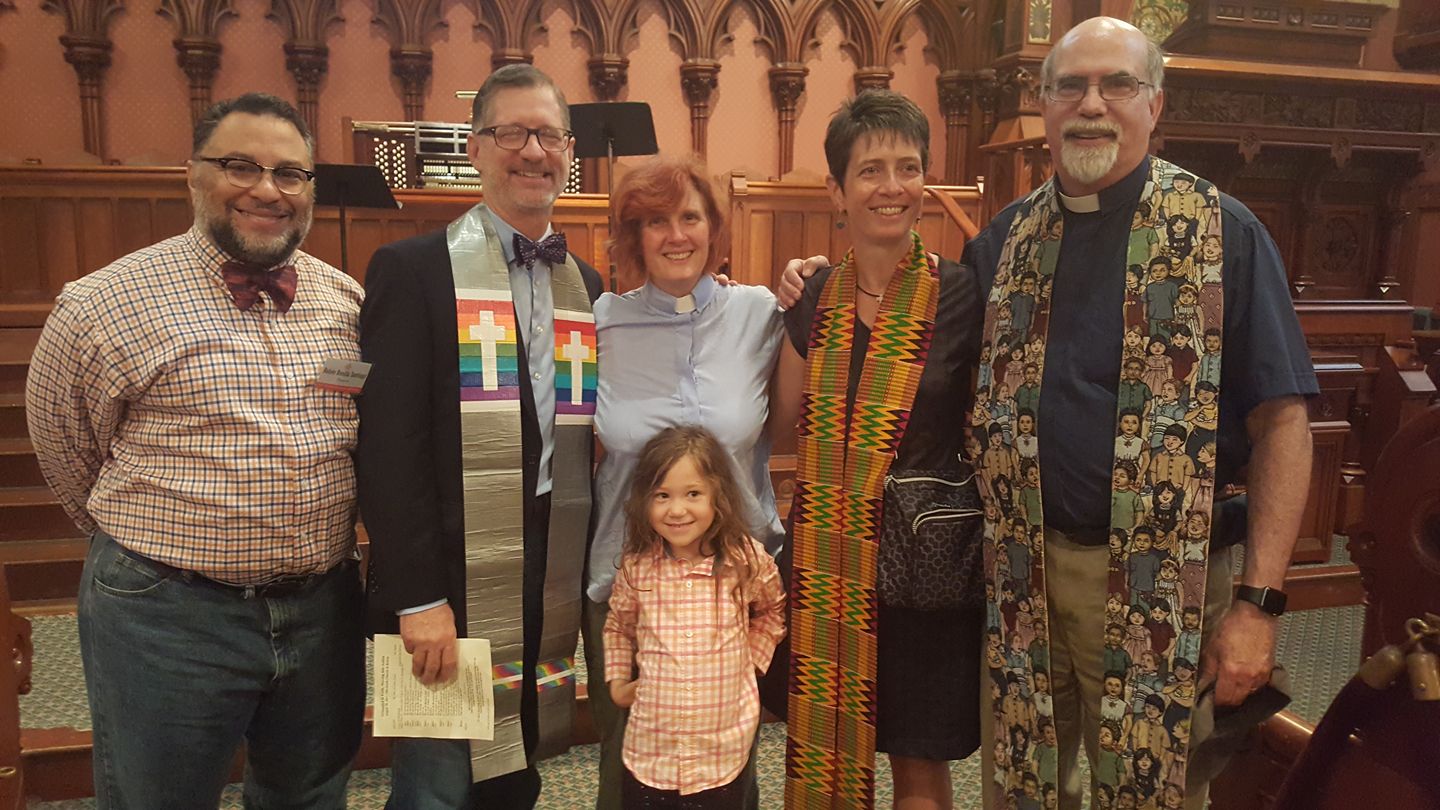 The Rev. John C. Dorhauer, general minister and president of the UCC, was in Boston during the weekend, and said the events there — and in Charlottesville — are examples of the dying breaths of white nationalism.

"In a march 15,000 strong, I heard love spoken," he said. "Cries for trans justice, for immigrant justice, for Black Lives Matter, for Puerto Rican and Mexican and Honduran justice, for LGBTQI justice, for women's justice and reproductive rights. No hate anywhere," Dorhauer said. "People of every age and color marched singing and chanting and hugging and crying and laughing."

The weekend began with an interfaith vigil on Friday at Temple Israel, the largest Jewish community in the Boston area, in cooperation with UCC congregation Old South Church and a Boston mosque. Gallagher described it as an "incredible 1,700-people interfaith service, with all kinds of clergy and civic leaders." She said on the next day Dorhauer helped lead "an amazing worship service with people from the community and Old South. We walked to Roxbury, which is a part of town that is considered marginalized, so there was some symbolism in starting the march there."

The two-mile march from Roxbury to the Boston Common, a public park where the demonstrations were to take place, took about two hours, according to Gallagher. "Before I even got to the Common, the white supremacists were gone," she said. There was a lot of support and chanting and signs and posters."

Said Dorhauer, "Their vile speech, a contrast both in content and impact on the public narrative, was silenced. Their collective impotence was on full display while justice advocates rang down through every corridor of this city. The young black women and Latina women who led the march through the streets were powerful, strong, courageous voices. They made me proud to be their follower through the streets. Residents watched us, chanted in support with this, held their children and let them witness this display of love, peace and courage. They were hanging out windows, standing on rooftops, front porches and front steps. They sang with us, they hugged us, they clapped for us, and they cried in front of us."

Karlene Griffiths Sekou, a member in discernment in the Metropolitan Boston Association, got many UCC clergy trained during the week before the protest, and dispersed them throughout the crowd on Saturday to spread the pastoral presence among the participants.

"The city expressed what this whole nation is now rising up to say: hate has had its day," Dorhauer said. "We choose love."

The Rev. Kelly Gallagher, associate conference minister for the Massachusetts Conference, contributed to this story.