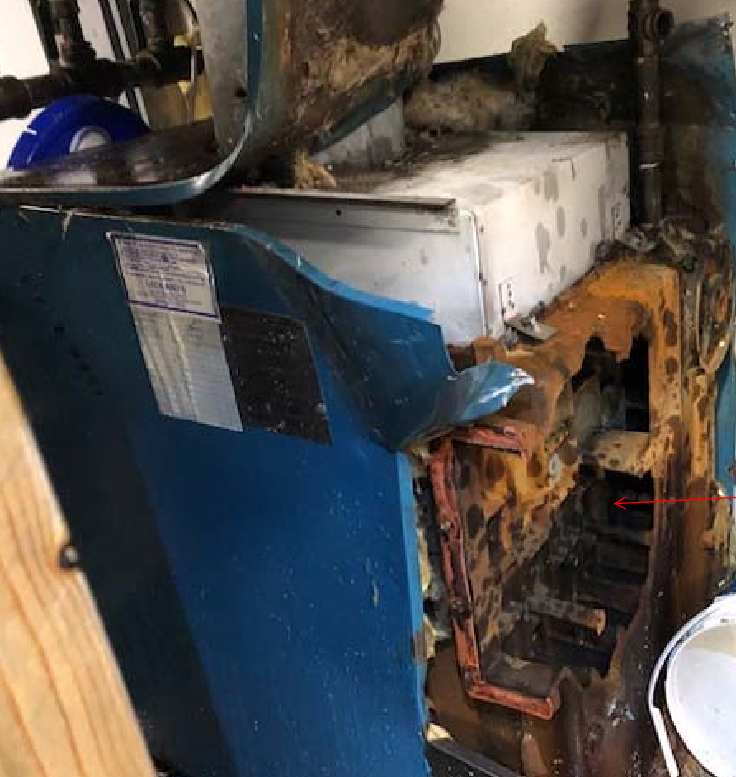 A small Vermont church family is counting its blessings, after the building's boiler blew up, spewing more than 600 gallons of oil and water into the basement of the Bridgewater Congregational United Church of Christ.

Luckily no one was in the church at the time of the explosion, which happened in the early morning of Wednesday, Dec. 5. Just a horrible mess, and a displaced congregation, a few weeks before Christmas.

"We have had the most wonderful outreach," said Bridgewater Pastor Joan Tarleton, "with other churches inviting us to worship with them or use their building. The phenomenal community outreach has been amazing."

After one of the church trustees found the damage and word of the incident spread, several local faith communities, including the Mennonites, the Unitarian Universalists, and the Episcopal Church reached out in welcome to the people of Bridgewater Congregational, who are determined to stick together.

"When something like this happens, people often separate," Tarleton said, "and they don't always come back. We want to stay together."

So members of the Bridgewater church accepted the invitation to worship in Sherburne on Sunday Dec. 9. On Sunday, Dec. 16, they met in the local Grange Hall to discuss next steps. A group of them plan to go en masse to Sherburne United Church of Christ on Christmas Eve. 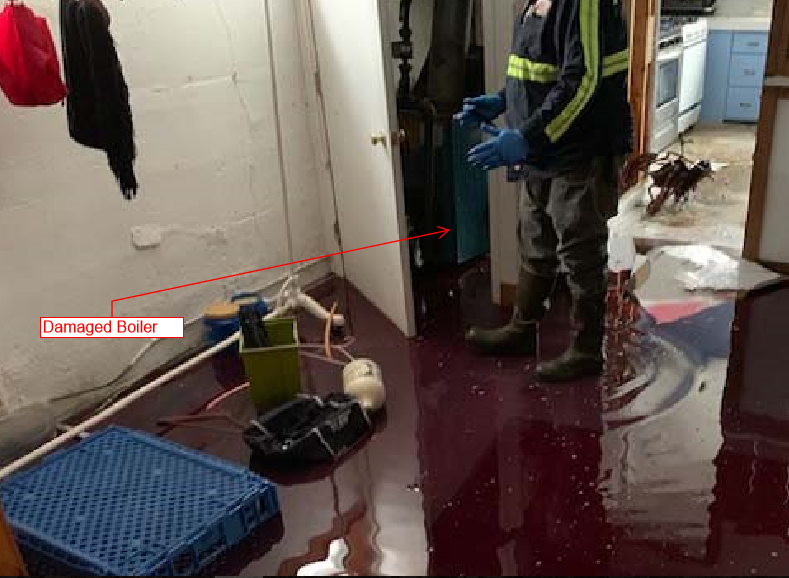 "We want to stay together as a family the best we can," said Tarleton. "The Bridgewater Grange Hall has also offered us the use of their building going forward too."

A steam build up is being blamed for the boiler explosion, Tarleton indicated. There was no fire but the blast blew a hole in the wall from the boiler room into the kitchen. Lots of contamination followed the oil and water damage. The pastor noted that her congregation is already in the process of accepting bids to replace the boiler, has contacted carpenters about needed repairs to the building and are going to use the incident to do some purging around the 100+ year old church.

"With the mess, we have to get rid of a whole lot of stuff," she said, "so now we'll be replacing only the stuff we really need."

Tarleton said her congregation, already an extremely cohesive group, will only become stronger because of this incident. "God doesn't tempt us, God doesn't test us, but he definitely presents us with challenges." 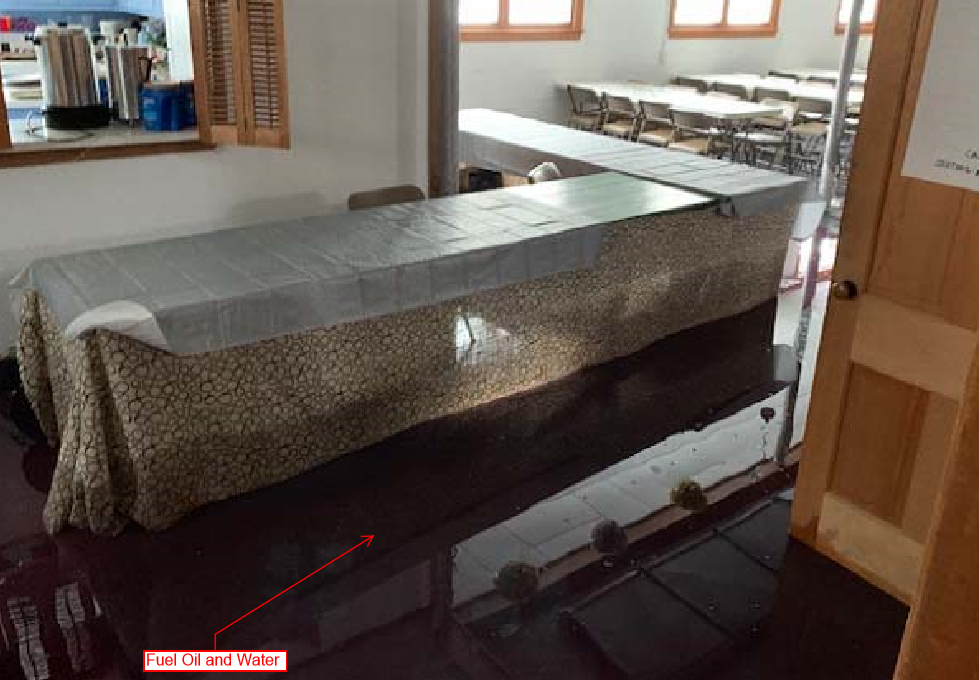 Bridgewater members are looking at being displaced for the month of January. "Because nothing happened upstairs in the vestry or sanctuary, as soon as we get a new boiler and heat, then we can be back in the church," Tarleton said. "We'll then just take the time we need to really evaluate what we want and can do in the kitchen and dining hall, based on what we get for insurance. Until we get back in, we'll hold our services in the Grange so that we can stay together."

No doubt she and the people of the 225 year old congregation will bounce back. "We have already come a long way, from almost closing six years ago," Tarleton said. "We've paid off our bills, we have money in the bank, we make decisions as a group, we do ministry in the community. The energy (in our church) is really wonderful."