"The latest invasion by Turkey to the Syrian territories (in) the northeast opened a new phase of the war in Syria," said the Rev. Joseph Kassab, general secretary of the National Evangelical (Presbyterian) Synod of Syrian and Lebanon, in an Oct. 12 statement. The Synod is a partner of the UCC and the Christian Church (Disciples of Christ) through Global Ministries.

Turkey's current advance started Oct. 9 after President Donald Trump's abrupt Oct. 7 decision to withdraw troops from northeast Syria, where they had been allied with a Kurdish militia. 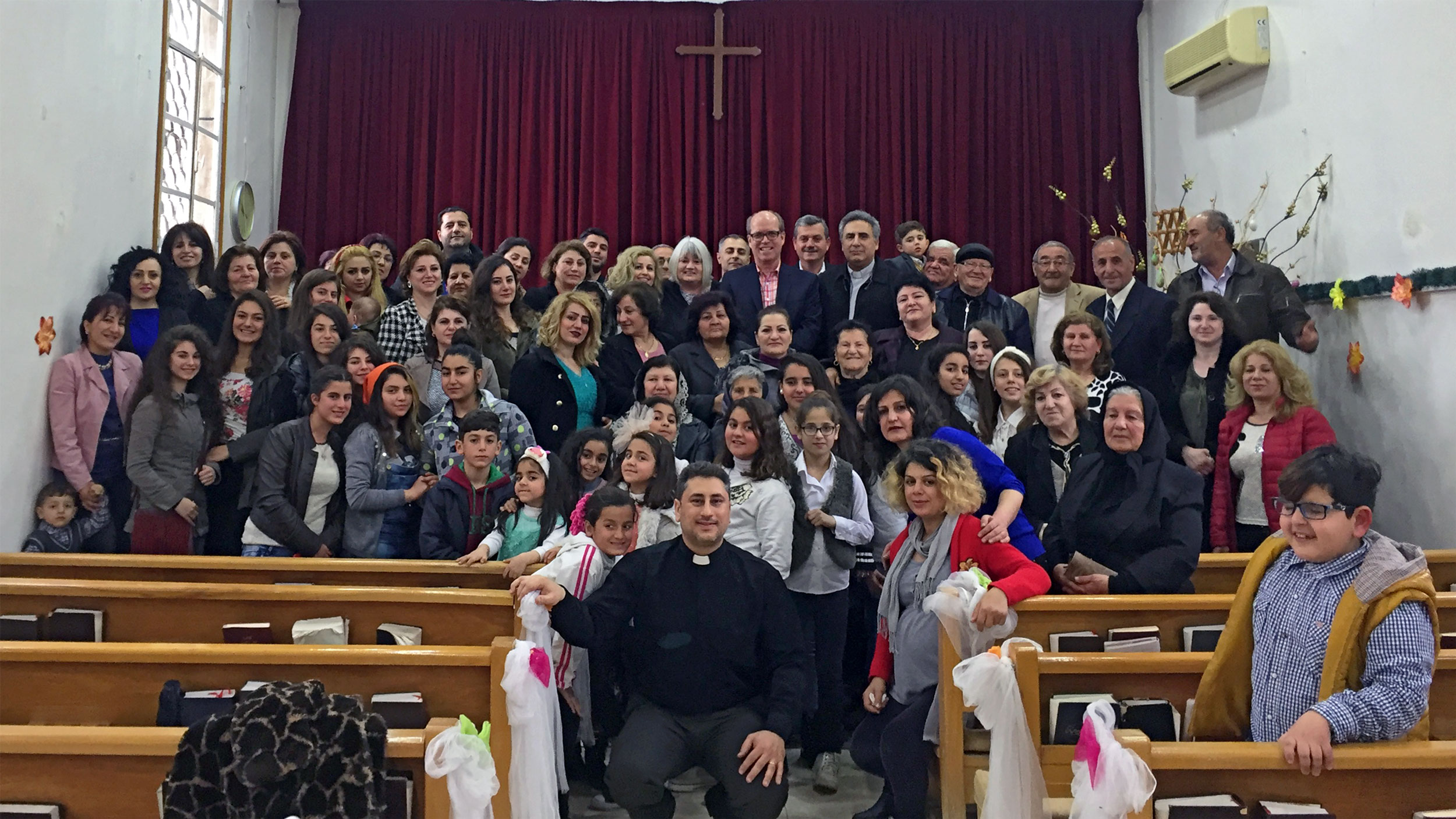 The withdrawal also drew criticism from the National Council of Churches, of which the UCC and Disciples are members. The NCC issued a statement jointly with the Middle East Council of Churches. "We are distressed by the sudden and ill-informed decision by President Trump to withdraw U.S. forces, which acted as a buffer between warring groups, and as a check on Turkish and Russian aggression," the two councils said. "We call for a withdrawal of Turkish forces from Syria and for immediate international diplomatic efforts to resolve the longstanding crises in the region. This includes the United States, which now finds itself in the role of contributing to what many of us fear is an impending genocide of the Kurds, and to a potential resurgence of terrorism as a by-product of the resulting destabilization of the region."

"The U.S. administration decided to leave the fate of the Kurds in the hand(s) of Turkey after they used them in the last four years in fighting ISIS," Kassab said, referring to the Sunni jihadist group also known as the Islamic State. "The claimed target of this operation is to push the anti-Turkey Kurdish militias away from disturbing the national security of Turkey. The second is to move about 2 million Syrian refugees from Turkey into the safe zone."

NESSL, the UCC partner, has congregations in three affected cities: Kamishly, Hassakeh and Malkieh. They and other Christians in the region, "like all Christians in Syria, … are not armed and have no political ambition other than their longing for (a) peaceful, united Syria for all its citizens," Kassab said. He said Kurds are now forcing people 45 years old or younger, "including Christians, to fight with them against the Turks."

Kassab said shelling has disrupted water sources in Hassakeh, closed schools and bakeries in Kamishly and escalated fear in Malkieh, which is closest to Syria's border with Turkey. The war has caused prices of groceries, fuel and other goods to skyrocket. Residents are reluctant to leave their homes, he said.

"We ask you to pray with us to the Almighty for peace," Kassab said. Referring to communities in the war zone, he said, "Let us lift them before the Prince of Peace so that he can give them peace of mind and soul in this continuous agony."