As Holy Week approaches, 'A Word to the Church' 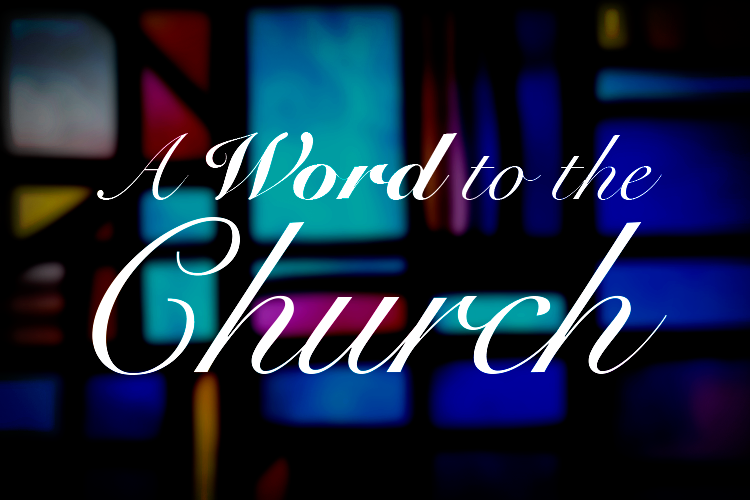 The leadership of the United Church of Christ, concerned with the political rhetoric aimed at the marginalized people of society in this election cycle, spoke out in support for and solidarity with a Holy Week statement released by The Episcopal Church. The UCC national officers and  Council of Conference Ministers, in testimony to the ecumenical relationship between the two churches, expressed gratitude to The Episcopal Church  for "the courage to speak, and for granting us the kindness of joining them in this statement."

Here is the text of "A Word to the Church" from The Episcopal Church House of Bishops for Holy Week 2016.

"We reject the idolatrous notion that we can ensure the safety of some by sacrificing the hopes of others."

On Good Friday the ruling political forces of the day tortured and executed an innocent man. They sacrificed the weak and the blameless to protect their own status and power. On the third day Jesus was raised from the dead, revealing not only their injustice but also unmasking the lie that might makes right.

In a country still living under the shadow of the lynching tree, we are troubled by the violent forces being released by this season’s political rhetoric. Americans are turning against their neighbors, particularly those on the margins of society. They seek to secure their own safety and security at the expense of others. There is legitimate reason to fear where this rhetoric and the actions arising from it might take us.

In this moment, we resemble God’s children wandering in the wilderness. We, like they, are struggling to find our way. They turned from following God and worshiped a golden calf constructed from their own wealth. The current rhetoric is leading us to construct a modern false idol out of power and privilege. We reject the idolatrous notion that we can ensure the safety of some by sacrificing the hopes of others. No matter where we fall on the political spectrum, we must respect the dignity of every human being and we must seek the common good above all else.

We call for prayer for our country that a spirit of reconciliation will prevail and we will not betray our true selves.

Immediately after this was released Wednesday, March 16, the United Church of Christ officers and Council of Conference Ministers unanimously and enthusiastically expressed support for the statement from the House of Bishops.

"This clear, powerful statement written by our friends and partners in The Episcopal Church expresses something that we, too, feel very strongly about," said the Rev. John C. Dorhauer, UCC general minister and president. "Rather than write our own statement, we affirm the unity of our vision and voice and join them in making our feelings known. What we are seeing unfold across the landscape of America in this election cycle frightens us; and requires those of us with the agency to do so to lift up those concerns and remind ourselves that our faith asks bigger things of us."

"In the eloquent and faithful word from the Episcopal Bishops, the UCC Council of Conference Ministers discerns a prophetic and gospel-based message with which we resonate," said the Rev. Rich Pleva, Iowa Conference minister and chair of the Council of Conference Ministers. "The CCM is deeply concerned that a spirit of division and disparagement in public discourse threatens the fabric of our diverse society.  We are especially mindful that as people of faith – particularly Christian faith – we are enjoined to attend to the welfare of 'the least of these.'"

The Most Rev. Michael Curry, Presiding Bishop of The Episcopal Church, and his staff -- the Rev. Margaret Rose and Canon Chuck Robertson -- appreciate this ecumenical affirmation.

"In this Word to the Church I believe that we are speaking as followers of the way of Jesus and as those who love this country and the deepest and most noble values of it," said Curry. "Times of great testing, times such as these, must summon forth not the lowest and the worst within us, but the highest virtues and the "better angels" of our nature."

The Episcopal Church and the United Church of Christ are part of Churches Uniting in Christ.  At a recent CUIC plenary in St. Louis, these communions re-committed themselves to challenging racial injustices and the myriad of issues that come as a result.

"Taking this action in concert with sisters and brothers in The Episcopal Church demonstrates that this concern is not merely that of a single church," said Pleva. "We hear the voice of God’s spirit in the letter and are proud to add our voice to theirs in commending this message to the whole of the UCC and to people beyond our respective churches."

"The United Church of Christ continues to live into the ecumenical and justice commitments that are a core part of our identity," said the Rev. Karen Georgia Thompson, UCC minister for ecumenical and interfaith relations. "We look forward to finding ways to lend the bold public voice of the UCC to these and other social injustices as we seek to ensure that all can live with human dignity."