After overdose, funeral becomes 'very different offering of the love of God'

When a young adult died of an opioid overdose this summer, the harm reduction movement in the United Church of Christ helped his parents cope with their unimaginable grief and share hope with their son's community.

Something on social media caught the eye of the grieving parents, members of New Spirit UCC in Savage, Minn. It was the phrase, "People who use drugs are beloved by God." It appeared in a photo posted by their pastor, the Rev. Sonny Graves, who was visiting the UCC's General Synod at that moment in Milwaukee. Buttons and banners at a harm reduction exhibit carried the message.

The parents decided to plan their son's funeral with that message at the center.

And because the congregation had been introduced months earlier to harm reduction principles, the parents, pastor and congregation had language and spiritual tools to help them as they grieved one of their own.

New Spirit had experienced a "Naloxone Saves" worship service, developed by harm reduction advocate Blyth Barnow, in the fall of 2018. It included a blessing of kits containing the overdose rescue drug Naloxone, or Narcan. It got people talking, Graves said.

"When people think about substance use, they don't necessarily think about a middle-class suburb," Graves said. The church is 25 miles southwest of Minneapolis. "But part of the power of this service was not only getting to share and talk to one another about the reality of what substance use is like for people across all kinds of walks of life and backgrounds, but also what kinds of social inequities lead to use and overdose." 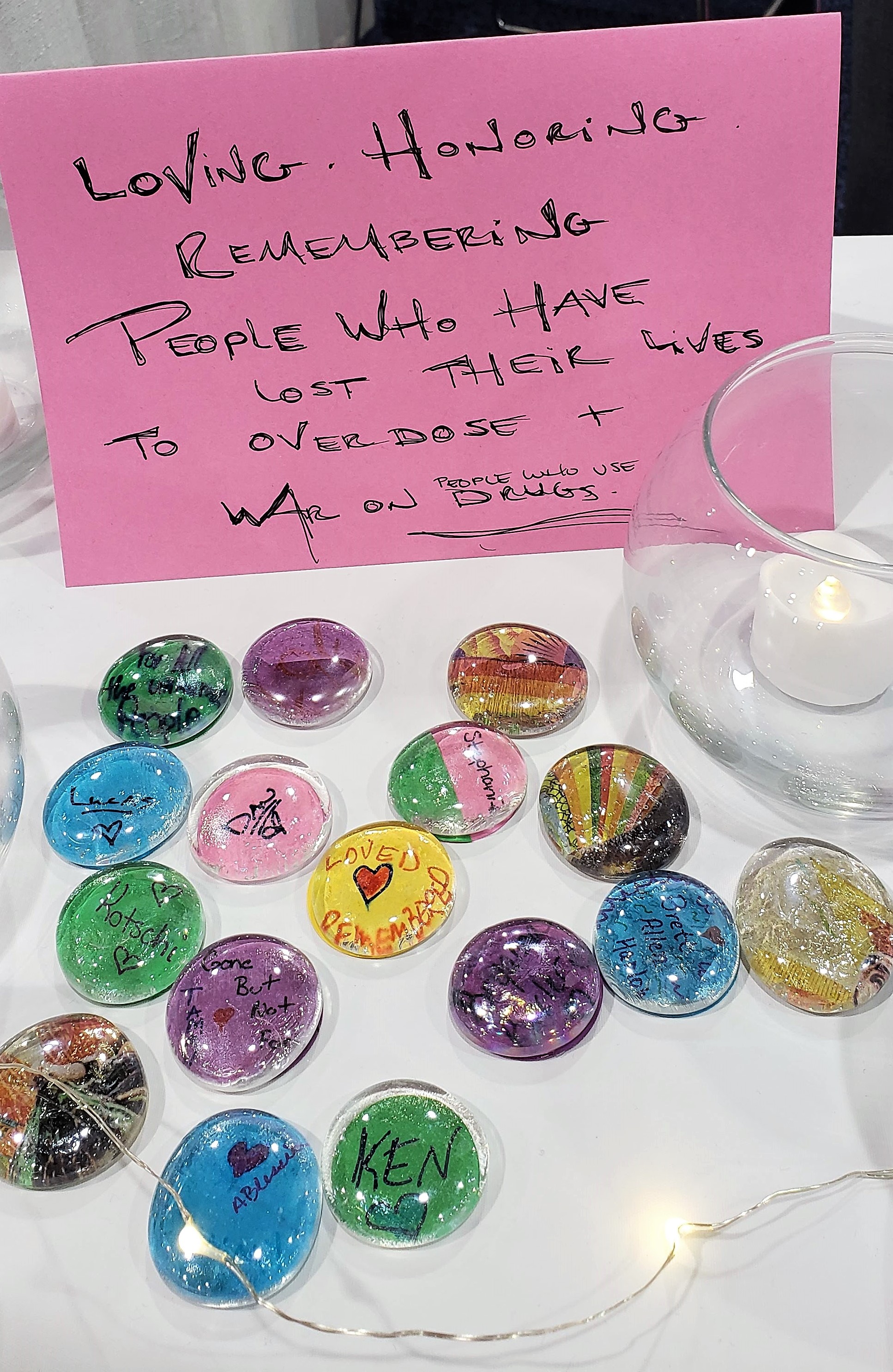 So when it was time to honor their own young man's life, mourners arrived at the church to find several tents set up for the outdoor funeral. There were chairs for the service, pictures of the deceased, and music – he had been a DJ, musician and friend to many. There was a tent where children could color and play.

To help communicate the core message, there was a table with "beloved by God" buttons, rainbow bracelets and a book where mourners could share memories. There were tables with Naloxone, information about meetings and phone lines for support, mobile syringe programs and more. People from Southside Harm Reduction Services were there, training people to use overdose rescue kits, which they could take home. An offering received that day brought in more than $2,000 for the agency.

"In the UCC we say we're a priesthood of all believers," Graves said. "The family were absolutely the ministers to everyone who gathered that morning. They believe really strongly in harm reduction, not in punishment.

"There were people grieving this amazing young person's life who were seeing this message and crying just because they've never had their dignity and worth affirmed in that way, and perhaps especially in a church space where many people have been told they have to prove their worth or prove their dignity to be loved by God. They were getting a very, very different offering of the love of God: open, extravagant, unconditional."

Graves also saw the power of that message at General Synod. He recalled "two very young people from a rural farming community coming by the Synod booth and lighting up at the thought that this was even something that existed – talking to people who could hear their truth."

"We cannot underestimate how much people need these resources," Graves said. "Anything we do that magnifies and empowers the way we can love one another – that is the work of God and the work of Christ in the world."