Advocates to Congress: It’s time to end the deadlock on gun legislation 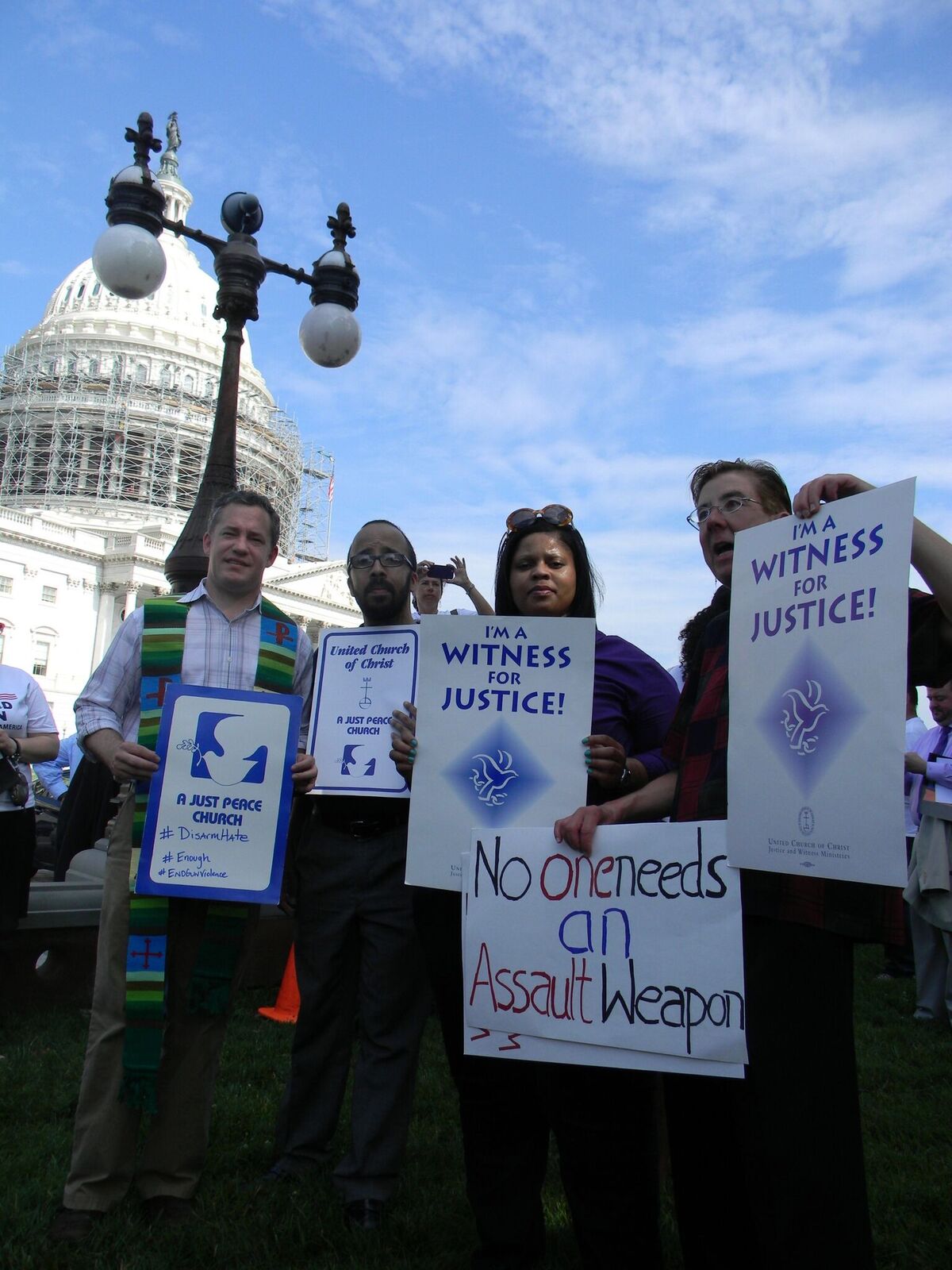 Gun control advocates from the United Church of Christ marched on Capitol Hill Wednesday morning, joining a crowd representing more than two dozen denominations and faith groups demanding an end to the deadlock in the United States Congress around gun legislation.

With lawmakers returning to work after the July 4 recess, the group wanted to visibly demonstrate concern for the lack of progress in addressing gun violence.  Sandy Sorensen, the director of the UCC Washington, D.C. office who participated in the rally with her colleagues, said "enough is enough – it’s time to stand for life and hope."

"We have meaningful legislative measures to reduce gun violence, and it is time for Congress to act," Sorensen said.  "We have become a society resigned to the daily toll of injury and death due to gun violence – it is a fundamental moral challenge for us as people of faith to say no to a culture where violence and death are the norm."

The rally for gun violence prevention coincided with a news briefing by House Democratic leaders, who are pushing to bring a proposal calling for expanded background checks to the floor for a vote. It’s expected that the House of Representatives will vote on a gun control measure this week, but one backed by Republicans, dubbed "No Fly, No Buy," which only addresses keeping suspected terrorists from obtaining firearms.  The GOP bill is not strict enough for Democrats and for the people of faith represented today, who delivered a letter to the House of Representatives calling for universal background checks on every gun purchase, and a ban on all high-capacity weapons and ammunition magazines. 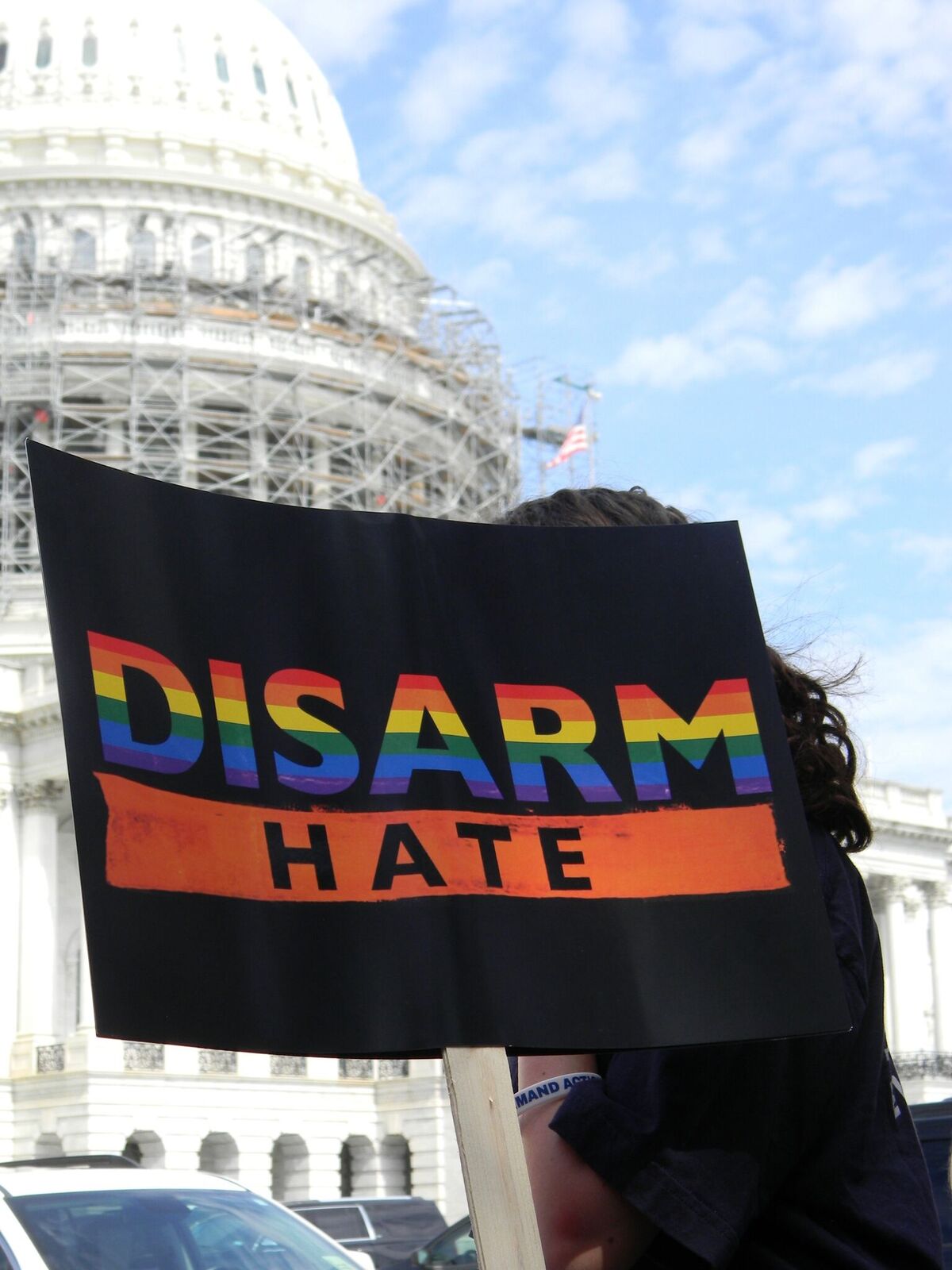 "There are reasonable, common-sense steps we can take right now to reduce the toll of gun violence," said Sorensen. "Well over 70 percent of the American public, including responsible gun owners, support universal background check legislation to address the many loopholes in our current system.  We can ban assault weapons and high capacity ammunition magazines that serve no other purpose than to kill many people quickly.   Proposals like the ‘No Fly No Buy’ legislation are nothing but political cover.  They will do little to address gun violence, and simply open the door for discrimination."

The letter, signed by the UCC, the National Council of Churches, the Presbyterian Church (U.S.A.), the Methodist Church, the Islamic Society of North America, the Evangelical Lutheran Church in America and the Unitarian Universalist Association among others, outlined "a diverse coalition of denominations and faith-based organizations representing tens of millions of Americans, united by the call of our faiths to confront America’s gun violence epidemic and to rally support for policies that reduce death and injury from gunfire."

"Virginia Tech, Tucson, Oak Creek, Aurora, Santa Clara, Fort Hood, Newtown, San Bernardino, Charleston, and now Orlando," the letter states. "The number of cities with mass shootings spreads across the states in our nation and fills our hearts with tremendous sorrow for the tragic and unnecessary loss of life, as well as anger that these tragedies continue without any Congressional leadership being taken. We cannot stand by silently while the Congress does nothing."

The last time lawmakers passed gun control legislation was in 2007.

"This morning I stood in front of the Capitol and listened to the stories of people whose lives have been shattered by gun violence," said Sorensen. " I have stood there before, many times in the wake of gun violence tragedies, calling for Congress to act.  Over the past holiday weekend in Chicago, 60 people were shot, 4 were killed by gun violence.  When is it enough to take action?  How many more tragedies must we bear before Congress will act?  How many more tearful stories have to be told?  How long, oh Lord, how long?"