A public proclamation, love of neighbor, draws attention in Minneapolis 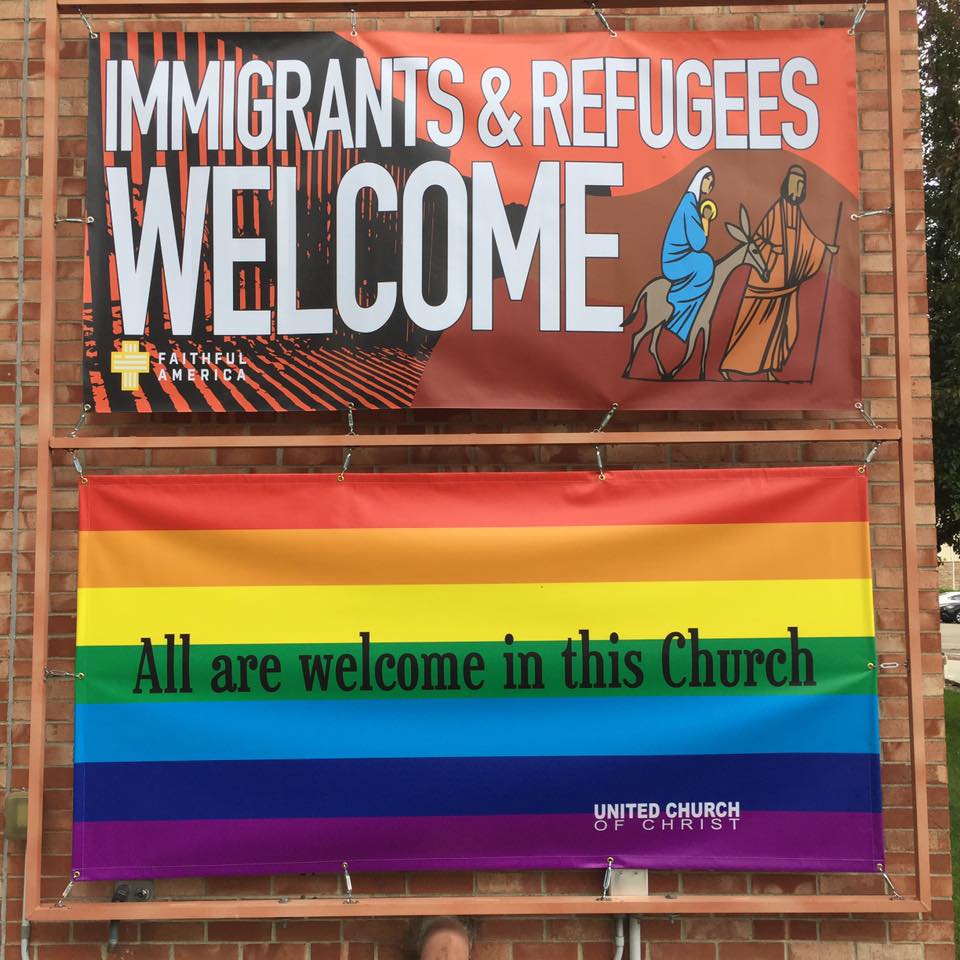 A Minneapolis area church is proudly, publicly proclaiming love of neighbor at Pentecost as it to strives build a Just World for All.

Banners declaring 'All are Welcome in this Church,' which make specific reference to immigrants and refugees, went up outside Mayflower Church United Church of Christ just after Memorial Day.

"We hung up our new rainbow banner in time for Pride month, and along with it, the Refugees and Immigrants banner," said the Rev. Emily Goldthwaite Fries, Mayflower's associate minister. "Together, they make an impressive visual statement on the side of the building with the most traffic — we're located right on a busy freeway exit, across from the Museum of Russian Art."

And the banners are creating buzz.

"Children love the banners, she said. "My daughter (4) immediately recognized it as Joseph and Mary from the story when they go to Egypt."

When Emily posted the photo on her Facebook page, a high school friend commented that it "gave her faith in religion again."

"It also attracted national and international comments," Goldthwaite Fries said. "The high school friend I hadn't connected with in decades is in Portland, Oregon — where just days later a racist attacker on a train killed two people and wounded another, who were standing up for Muslim women on the bus. Her comments, and the response from her friends, spoke to the disillusionment so many progressive people feel as they face Christian messages in society. To hear from people who are, themselves, not necessarily religious, that a church's message of inclusion speaks to them too, reinforces the call to make our welcome known." 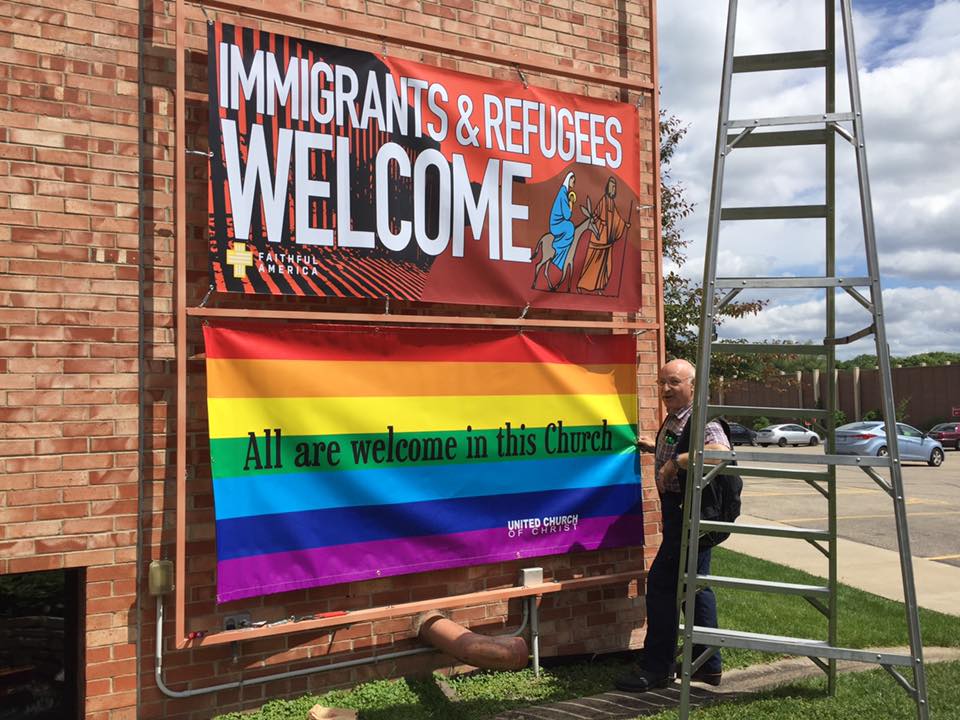 Ryan Rodrick Beiler, the designer of the banner, is a photojournalist who formerly served with the Mennonite Central Committee in Palestine and Israel, overlapping with the year Goldthwaite Fries and her husband volunteered with Global Ministries partners. His family now lives in Norway. Ryan's wife, Ingrid, noticed Emily's post on Facebook, and remarking that this was Ryan's work, she said it gave her the feeling of being together again with old neighbors.

"The world is so big and so small," said Goldthwaite Fries. "This will become my Pentecost sermon — we are indeed all neighbors, and closer than we think."

Mayflower Church, the congregation Goldthwaite Fries serves, voted to be designated as an Immigrant Welcoming Church in May of 2015, and members of its Immigration Team are leading the charge to adopt a similar resolution at Synod.

"Our members also take home signs wishing their Muslim neighbors a blessed Ramadan — via an initiative by the Minnesota Council of Churches," said Goldthwaite Fries. "Our church was instrumental in building a 30-unit building for affordable housing right next door, and the majority of our neighbors are Somali Muslims. Last year, these signs sparked great conversations and many smiles as we made visible our commitment to stand with our neighbors — and, implicitly, to defend their religious freedom in these times when they feel targeted."

For churches that want their own banner to welcome Immigrants and Refugees, the design for this banner is downloadable for free here.