A partnership to pierce the cycle of poverty in Illinois 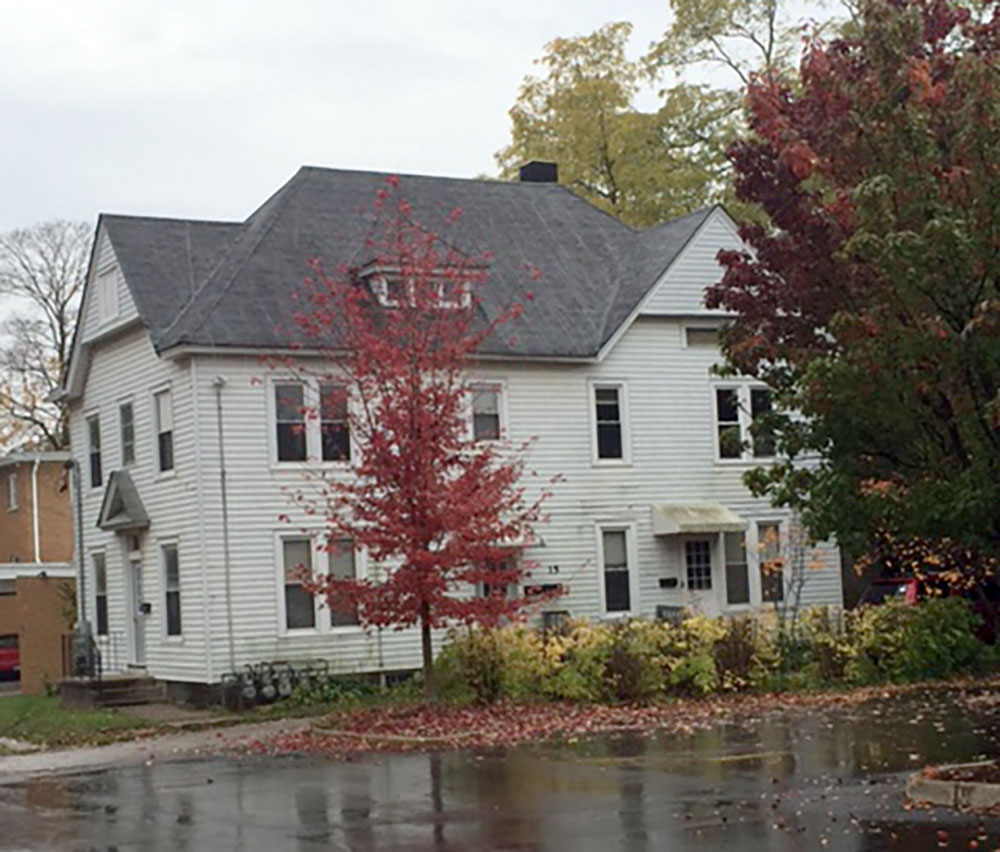 Rather than demolishing a nearby home to make more room for parking, an Illinois congregation of the United Church of Christ instead responded to its calling and renovated the property into housing for marginalized families — hoping to transform their lives and break the cycle of poverty by giving working families a path to home-ownership.

New England Congregational Church, in Aurora, Ill., was gifted a home, and partnered with Emmanuel House Project, a housing ministry of two of its members, to renovate it into three units. In the span of a month, the property now houses immigrant and refugee families with dreams of owning a home.

"Adding this project to our ministry was an easy decision for us, and one which we continue to embrace," said the Rev. Gary McCann, pastor of New England Congregational.

"In addition to the Congolese family and the Cuban family, a Syrian couple has just moved in," said Mike Daly, New England Congregational's minister of education and mission. "Emmanuel House gets many referrals from World Relief, so many of the residents in the Emmanuel House program are immigrants. In the case of our new Syrian couple, they are refugees."

New England Congregational was interested in buying the property, located adjacent to the congregation's parking lot, when it was a rental home. "There were many problems with drug dealers living there, directly impacting the parking lot use and preschool children coming and going," McCann said. "So, we were always interested in owning that house for control of the property, but the cost of purchasing it was prohibitive.

When a couple in the congregation, owners of the house, approached McCann years ago about donating it to the church, he was elated at the idea of curbing the drug trafficking in the area and converting the property to a parking lot. It turned out that the cost to raze the house and grade the parking lot had a $60,000 price tag — only to gain six more parking spaces.

Around the same time, Daly learned about the Emmanuel House Project, the brainchild of two of New England Congregational's members, Rick and Desiree Guzman, that serves the Aurora area. Aurora is the second-largest city in the state, just 30 miles west of downtown Chicago.

After realizing that New England Congregational could help refugees, immigrants and working-class people in poverty save money toward home ownership by renovating the property, small groups of church members gathered to discuss the idea. As more and people talked about the idea, expanding the circle and growing the excitement, the church moved forward.

"We decided that if we were going to spend $60,000 tearing it down, we should use this money, plus an additional $20,000 from our reserves, to fix the house up for use by Emmanuel House to use in their mission to offer families in Aurora the chance at home ownership," McCann said. "One of our members, Jim Hopp, a retired contractor and all-around handyman, agreed to serve as overseer of the rehab project."

After crafting a list of projects to bring the house up to city code, and to make the living space more comfortable, the work began as professionals and a group of members tackled the renovation.

"It took longer than anticipated due to the need for city inspections and permits, and the unexpected projects that one encounters when an older home is remodeled," McCann said. "But ultimately the house was converted from a four-unit apartment to a three-unit over a period of six months. The first family moved into their unit in March, and the other two families have moved in since April 1."

Added Daly, "The church was not only in a position to receive the house and join Emmanuel House’s mission, we were also able to provide some very substantial funds for renovations to the property, and 90 percent of that work of renewing and renovating came from 80-plus members of the church volunteering their time."

Emmanuel House relies on a networked savings model, rather than the traditional landlord model. Monthly rent is allocated toward the cost of the mortgage and profit for the landlord or homeowner. With the networked savings model, families live in a property at market rate (about $800 to $1000 per month) for 18 months; for the first three months, the rent cost goes to Emmanuel House, to pay for the mortgage and cover operating expenses; for the next six months, it's split 50-50 between Emmanuel House and a personal savings account set up by the residing family; in the final nine months, the rent is allocated entirely to the family's personal savings account — so if their rent is $1,000 a month, they'll have saved $12,000.

The Emmanuel House has 22 units throughout Aurora. Daly described the model as "unique," because it involves a network of supports from organizations, volunteers and faith communities — all with a common goal of helping one family at a time break the cycle of poverty.

"Home ownership provides family and community stability, and a family is better situated to help their children pursue higher education," he said.

"Our responsibility to the families is to develop a relationship with them during their time [with us]," McCann said, "helping them in any way we can on their journey to home ownership."