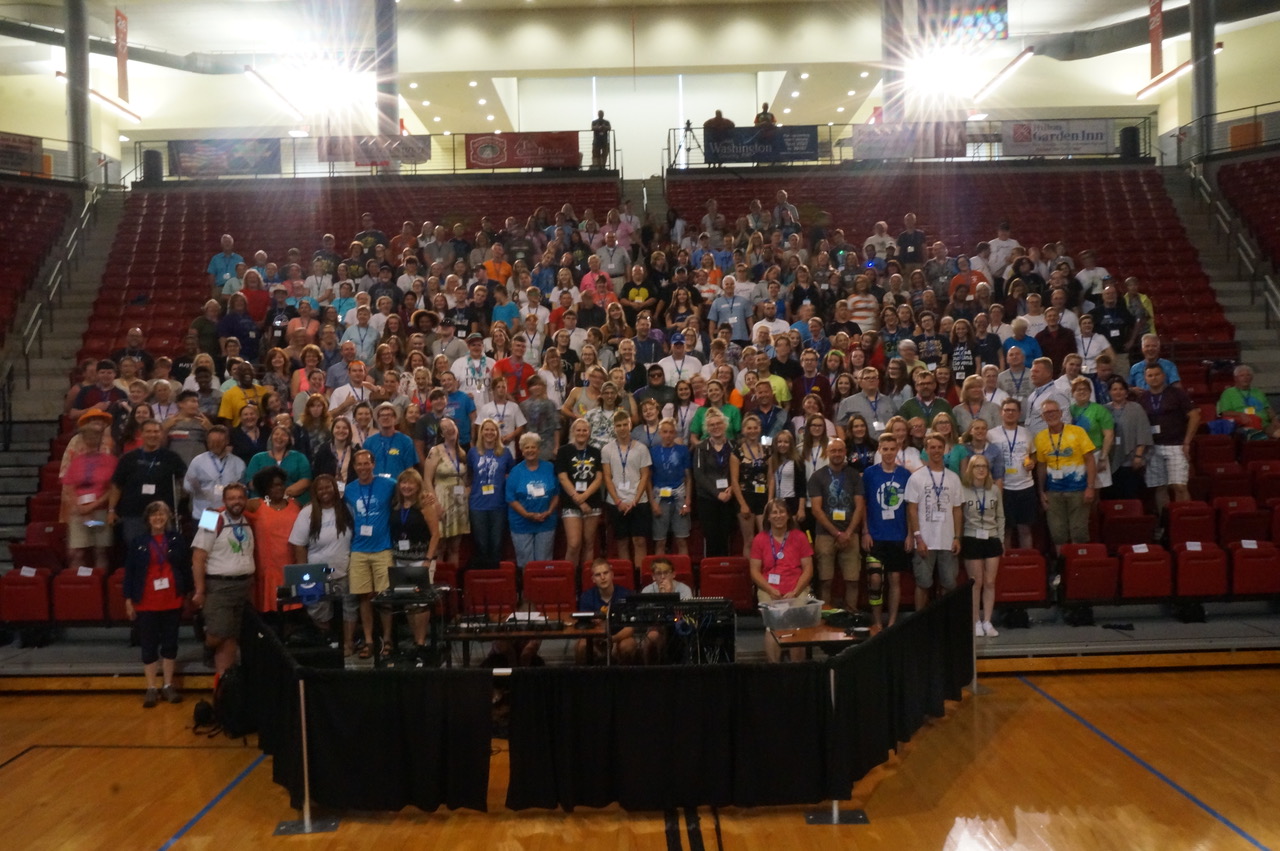 Ask and you shall receive. In the age of social media, 3 Great Loves and through the generosity of 325 youth and young adults at the United Church of Christ Eastern Regional Youth Event (ERYE), a small North Dakota church's request for Bibles has been immediately fulfilled.

Here's what happened. The UCC General Minister and President, in a Facebook post at 6 a.m. Saturday morning, shared a request from a pastor of a Lakota congregation looking for Bibles. The pastor hoped the Rev. John Dorhauer could find 25 hard cover Good News Bibles for his church.

"I woke up on Saturday morning, checked Facebook and saw Rev. John Dorhauer's post for a need of Bibles on a Lakota Reservation in North Dakota. I thought 'this is something our youth can do,'" said the Rev. Heather Kurtz, Grace UCC, Northampton, Penn., in attendance at ERYE. "I knew our youth would want to help — they are kind-hearted, and filled with passion and love!"

After that post was read and shared by Kurtz with other clergy and the planning team at ERYE, the Rev. Ryan Henderson, associate conference minister in the New York Conference, called Dorhauer just over an hour later, with good news. 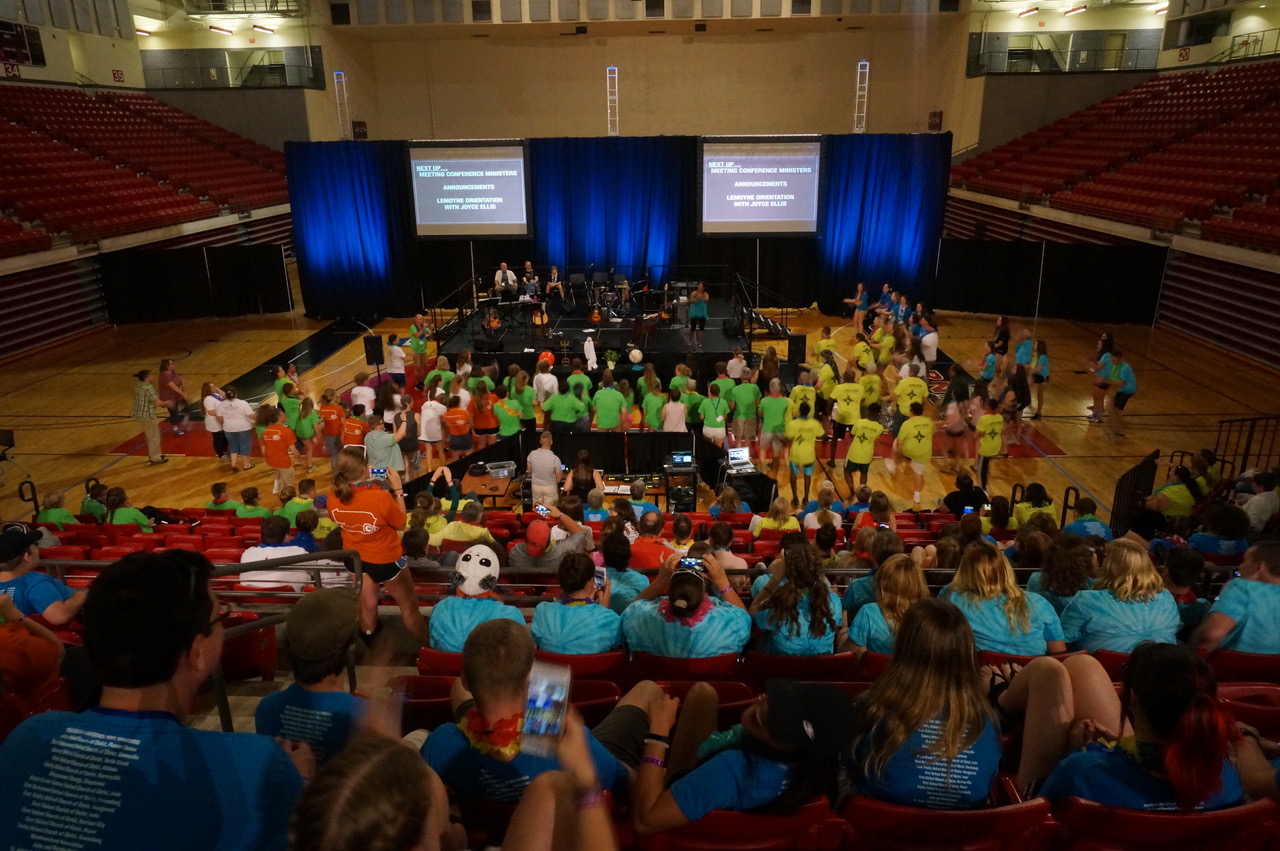 After polling the youth, the ERYE team added a special offering to the Saturday schedule at the event to take up a collection to buy those Bibles.

"When I heard these youth were going to collect the money for the Lakota church, I felt so much joy," said Dorhauer. "It showed me that a whole new generation of leaders were emerging who had been taught the value of interdependent living. I just feel so much hope in that. They were gathered to talk about 3 Great Loves as their theme, and found a way to put words into action."

Turns out the night before, the young people had been briefed about the Simply Smiles Mission Work on the Cheyenne River Reservation and decided they had to respond.

"They were able to put the 3 Great Loves into action," Kurtz said. "What I love about this moment – we were not even going to have an offering that day. No one came prepared with money, yet the offering we received was over $700 for the Bibles. I am so happy that our youth see the importance of the 3 Great Loves that they willingly give from their hearts." 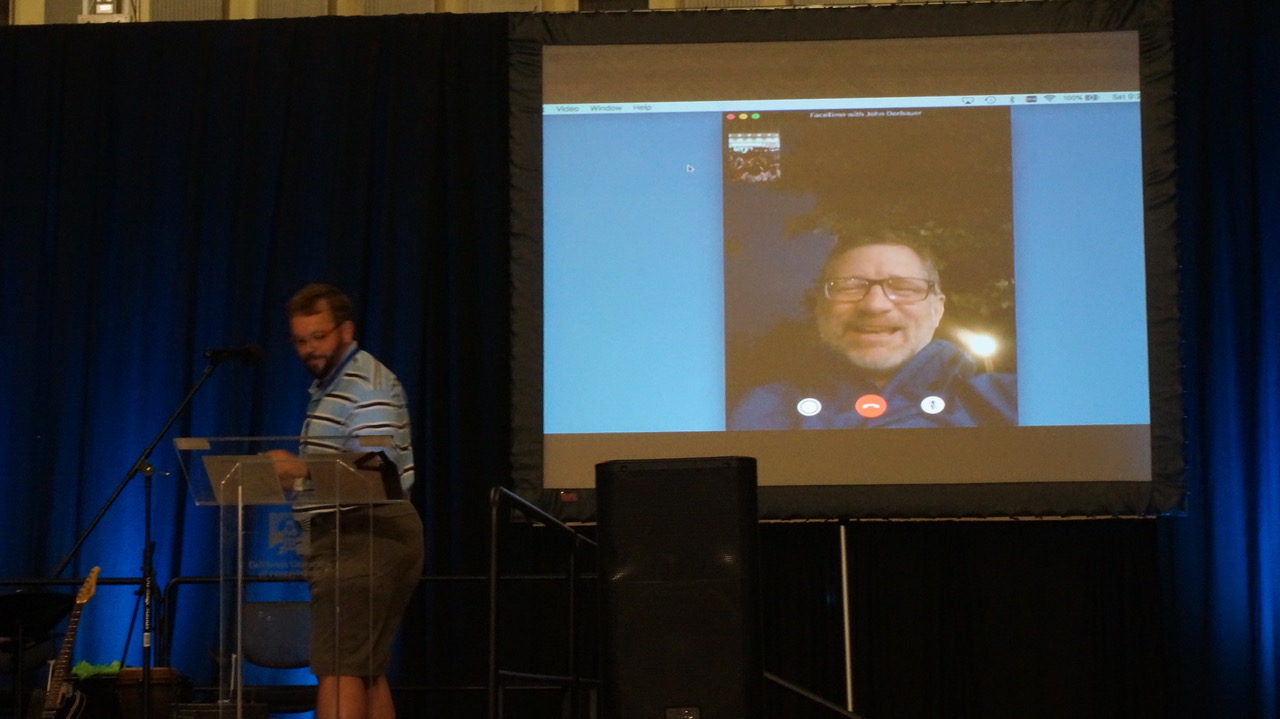 "This offering would be a second offering as we had already taken an offering in worship on Friday for the Three Great Loves Campaign," Henderson said. "We ended up collecting $776 for the Bible offering on Saturday – we promised that after the cost of the Bibles the rest would go to 3 Great Loves as well."

The youth and general minister and president had a Skype conversation after the fact late Saturday night. It's hard to say who was more excited about what the group was able to do, to show love for their neighbors.

As the Rev. Traci Blackmon, executive for Justice and Local Church Ministries, said, "This is a beautiful and a wonderful example of what it means to be the church."

"I am proud to be a part of a denomination where the youth demonstrate generosity, " Kurtz said. "The love that they have showed fills my heart with great joy!"