As 2022 dawns, here are 10 prominent items on the year’s horizon for the United Church of Christ. They’re examples of what the UCC’s national ministries will focus on — in collaboration with Conferences and local churches — in the church’s quest for “a just world for all.”

As always, the national ministries plan to base their work — in these and many other areas — on policies and priorities set over the years by the General Synod and the UCC Board. They’re offering specific ways UCC congregations and members can have an impact in critical national and global matters.

Unveiled at the 2021 General Synod as the successor to the 3 Great Loves campaign, Join the Movement toward Racial Justice will get a special kickoff the week of the Martin Luther King Jr. holiday, starting Jan. 17, including the launch of new features at the movement’s website. Already, churches are invited to sign up for alerts and begin formulating their own stories of how they work for racial justice in Jesus’ name. “Movements are dynamic and inspiring,” said UCC Minister for Racial Justice Velda Love. “The Join the Movement campaign will represent cultural expressions, lived experiences, and local advocacy and activism across the country. We hope to capture and develop stories sharing experiences focused on racial justice trainings, reparations initiatives, and transformational anti-racism opportunities for healing, hope and restoration.”

Voting — and protecting the vote

It’s a congressional election year and time to “ramp up ‘Our Faith, Our Vote’ resources,” said Sandy Sorensen, who directs the Justice and Local Church Ministries advocacy office in Washington, D.C. Refreshed web pages are up. They offer nonpartisan resources to help people study issues and take their faith and conscience to the polls — and legal guidelines on what churches can and can’t do. UCC churches and members can “hold voter registration drives, take action for democracy protections, and generate voter mobilization as we near midterms — including rides to polls, getting folks registered, etc.,” she said. “It will also be critical in these divisive times to establish relationships with state and local elections officials to support fair elections.”

Sorensen said the D.C. staff will also press Congress to pass the Freedom to Vote Act and the John Lewis Voting Rights Advancement Act — and to reform the filibuster in support of voting rights and D.C. statehood. She encouraged local churches to do the same: “Urge legislators to pass democracy protections. Engage in media advocacy around voting rights in your community through op-eds, letters to the editor, social media and other outlets. Learn what your state legislature is doing to change election laws in your state.” People can also sign up for the annual Ecumenical Advocacy Days, April 22-25. Its theme is “Fierce Urgency: Advancing Civil and Human Rights.”

President Joe Biden’s proposed “Build Back Better” program of social and climate spending all but died in the U.S. Senate in December. But the UCC D.C. office, which supported the plan, will watch for any of its components — paid leave, climate provisions, immigrant protections, or others — to re-emerge in some legislative form. “We’ll also be highlighting policy changes that have already had a direct impact on child poverty, the racial wealth gap, and hunger and homelessness, like the Child Tax Credit,” Sorensen said. She encouraged people to subscribe to Action Alerts. People curious about the issues at stake, the legislative process and why people of faith should care may still find the UCC’s Build Back Better Toolkit helpful.

In 2020, the Poor People’s Campaign was set to bring thousands of supporters to Washington, D.C., in support of its legislative action agenda. COVID-19 forced that rally to go online. Now the plan for an in-person “Mass Poor People’s Assembly and Moral March on Washington” is back on — for June 18, 2022. The UCC is one of the movement’s longtime sponsors, and “we want to continue to mobilize UCC members for engagement in the Poor People’s Campaign in this critical election year,” Sorensen said. She said that means not only signing people up to attend on June 18, but also “supporting state and local actions.” She encouraged people to “get involved with the campaign in your area,” including local events offered variously in person and online.

Asked about what’s ahead for Wider Church Ministries in 2022, Associate General Minister Karen Georgia Thompson said she “would name our projected engagement with the United Nations” as one of the highlights. As noted at the UCC at the UN web page, “our presence at the UN today focuses on a few key areas: global peace with justice, gender justice, racial justice, climate justice, and global health issues like HIV/AIDS. … We work closely with church partners, attend conferences and meetings, and share the work of our global partners at the UN. The International Decade of People of African Descent and the Commission on the Status of Women are just two of the many programs and conferences where UCC members can take part.”

WCM’s Global H.O.P.E., “looks forward to a reinvigoration of ministries that have been hindered by some combination of the pandemic and staff transitions,” said Team Leader Josh Baird. “Volunteer Ministries is partnering with local UCC ministries to re-launch young adult fellowships. They are also jointly hosting a ‘UCC College and University’ week of volunteerism for spring break 2022 with Elmhurst University and Back Bay Mission.” He also mentioned a Disaster Ministries conference in April for Conference Disaster Coordinators “and a renewed Emotional and Spiritual Care team.” He said Refugee and Migration Ministries will launch a monthly resource and will emphasize World Refugee Week, June 20-27.

Global Ministries‘ work remains as important as ever in 2022, in a world coping with crises ranging from COVID to climate change, Thompson said. “Through our area executives and mission personnel, we continue to work collaboratively with — and advocate with — our partners around the globe.” As of 2020, those personnel included 101 mission co-workers serving in 42 countries. The World Council of Churches-initiated Thursdays in Black campaign, which continues in 2022, is one way people can signal international solidarity against violence.

Living with, and studying, COVID

Regular UCC webinars — begun in 2020, as COVID-19 curtailed travel and in-person meetings — resume with a fresh set of programs for 2022. Series include Wednesdays with the World, Thursdays for the Soul, OWL Taking Flight and Creation Justice Webinars. People can register via the Events page at ucc.org, where links are posted as the schedule unfolds.

Meantime, the UCC is one of 10 religious bodies involved in a $5 million study of how the pandemic is affecting congregations — and 2022 will be its first full calendar year. Responses from UCC churches will be part of the grant-funded project. The UCC’s Center for Analytics, Research and Development, and Data will assist in analyzing reports from across denominations. But the study will also yield useful “UCC-specific data” about “the trends we see emerging within our own denomination,” said CARDD Director Erica Dollhopf. She said the study aims to “document the adaptations and innovations that have emerged in congregations” — and that will emerge over time. Churches and pastors interested in taking part can fill out this form at the study’s website. Participating churches will get two to three surveys per year, Dollhopf said.

Noting that “the most conservative Supreme Court in decades” could overturn reproductive freedoms established in the 1973 Roe v. Wade decision, UCC advocates are backing the proposed Women’s Health Protection Act, Sorensen said. According to an action alert — which offers an easy way for people to contact their congressional representatives — the bill would “enact protections on the federal level to safeguard access to high-quality care and to secure constitutional rights by protecting patients and providers from political or religious interference. It would bar state and federal legislation that imposes medically unnecessary regulations on access to abortion services including medication, mandatory waiting periods, or out and out abortion bans.” Sorensen encouraged UCC people to “show up for vigils and rallies planned in the new year, have discussions on why access to abortion and reproductive health care is a matter of faith” — and to monitor their state legislatures’ actions on those matters.

It’s time to rethink youth ministries, with insights from people who do that work in local churches. That’s the word from UCC Minister of Youth and Young Adult Engagement Trayce Potter. She said there are many reasons for the rethink — and, with it, the cancellation of the 2022 UCC National Youth Event. To discuss the situation, and to plan what’s next, UCC youth ministers are being invited to “Building the Future for Our Youth.” It’s a Feb. 7-8 online conference with space for 100 participants. The registration deadline is Jan. 26. It’s free. Details are here.

The UCC will “continue to advocate for responsible, common-sense gun violence prevention legislation on the federal state and local levels” in 2022, Sorensen said. “We will also push for adequate funding and support of community-based violence intervention strategies.” She encouraged local churches and members to use a UCC “Advocate to End Gun Violence” toolkit — and to watch for further action alerts on the topic, coming soon.

The first quarter of 2022 is the goal for getting the offices of the UCC national setting moved into their new quarters at the AECOM Building, 1300 E. 9th St., Cleveland. The move follows the 2021 decision to put the UCC’s longtime headquarters building at 700 Prospect — also known as the Church House — up for sale. Associate General Minister Traci Blackmon has led a design team for the new space. She said the team — including staff members from all the Covenanted Ministries — has created “a state-of-the-art, open-floor workspace that will invite imaginative collaboration of a work force that may engage differently in our post-COVID reality.” 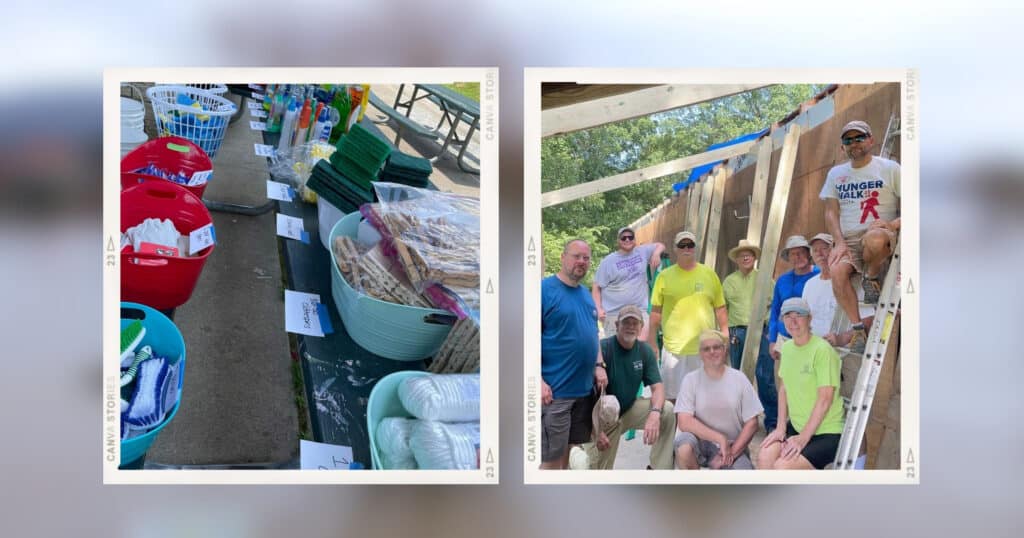 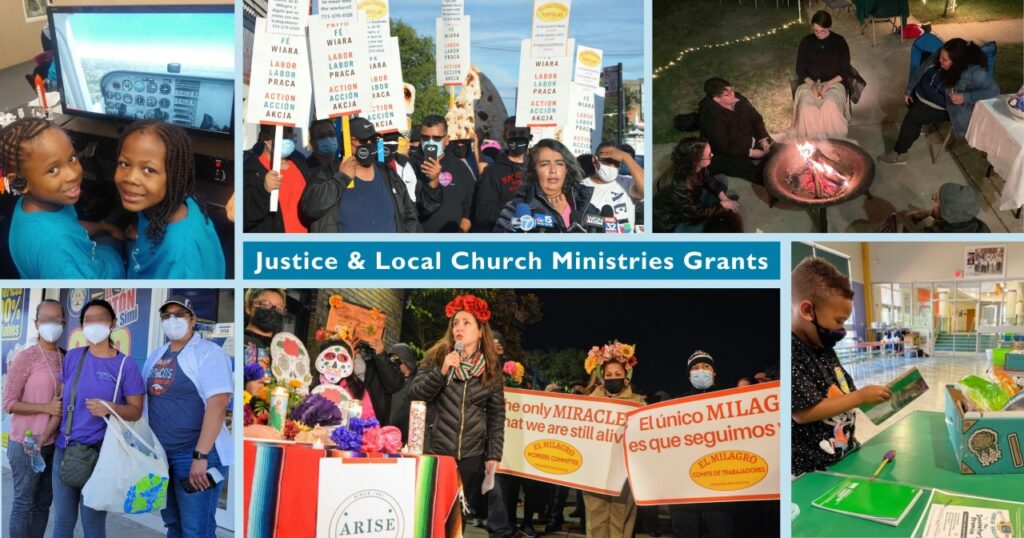 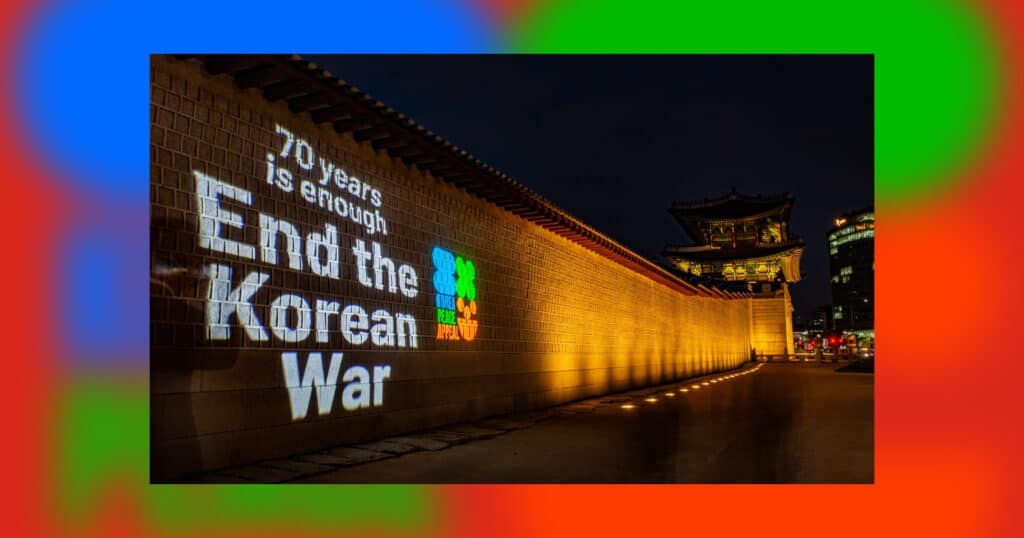