UCC Resources carries ONA and other LGBT related published by the UCC, Pilgrim Press and the UCC Coalition for LGBT Concerns.

Open and Affirming Study Packet - a resource for the ONA study process!

Called Out E-News:  Subscribe Today!
Stay up-to-date on the progress of the Open and Affirming Program, LGBT advocacy opportunities, and what our office and others are doing for and with the LGBT community.

LGBT History Timeline
A timeline of events related to the LGBT community from 1925 to the present.

Now, No Condemnation by Rev. Paul Sherry, past President of the UCC.  This is a pastoral letter written to the church (November 1998) on the rights of LGBT persons in society and inclusion in the full mission and ministry of the UCC.

bi-sex'u-al and A Position of Faith
Two videos about sexual orientation, have been combined onto one DVD.

bi-sex’ u-al was created to encourage dialogue about bisexual orientation and identification. This video will not answer all questions about bisexuality. It is an introduction to three individuals through their own stories of faith and sexuality.  We hope it will inspire you to think deeply about these stories, and your own story, in the light of faith.

A Position of Faith On June 25, 1972, William (Bill) R. Johnson became the first openly gay person to be ordained to the Christian ministry. This video tells the story of this landmark event and the process that made it possible. The story is poignant and inspirational, and includes a letter from Bill Johnson’s mother, interviews with Bill, young people and church leaders (clergy and lay), who either supported or opposed Bill’s candidacy.

One man’s struggle with faith, love and gender identity. 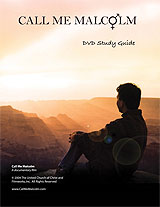 A Prayer in Silence
Students and teachers nationwide observe a day in silence in April to echo the silence that LGBT and ally students face everyday. The Day of Silence is one of the largest student-led actions in the country. For more information go to: www.dayofsilence.org.

Out in Scripture
This Human Rights Campaign resource places weekly comments about the Bible alongside real life experiences and concerns of lesbian, gay, bisexual, and transgender people of faith and our allies.