The World is not Enough 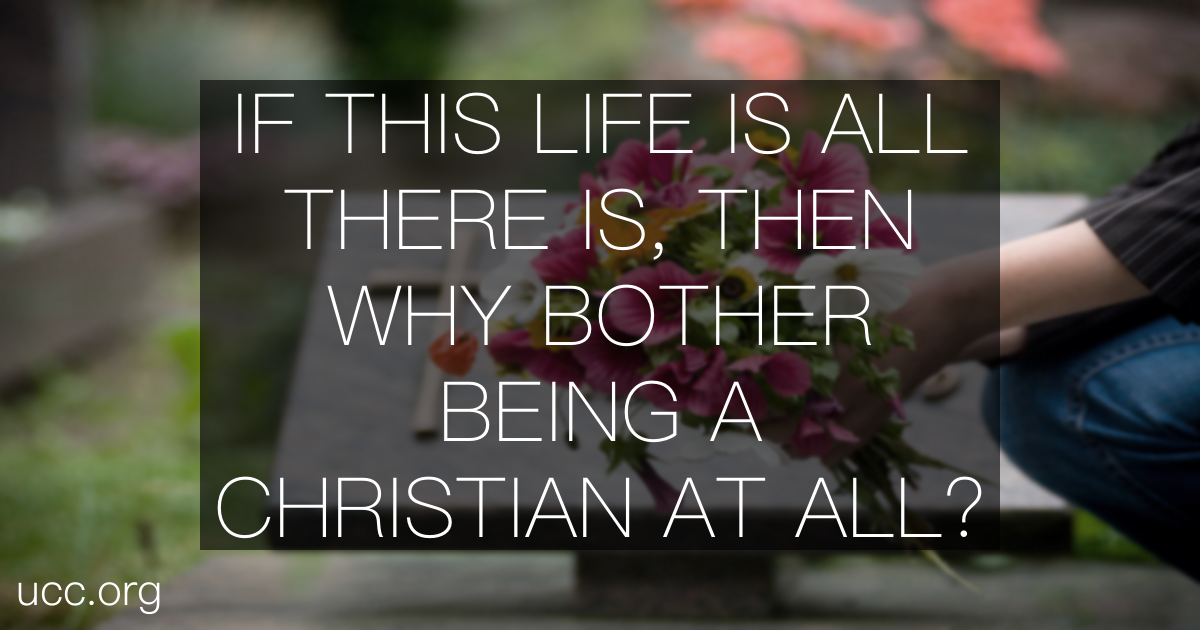 "If for this life only we have hoped in Christ, we are of all people most to be pitied." - 1 Corinthians 15:19

I have no idea what comes after death.  Well, actually, that's not true.  The truth is I have too many ideas.  Some days it's fluffy clouds and harps.  Some days it's something vaguely physics-based about my wavelength and God's wavelength.  Once in a great while there's reincarnation.

But it's never nothing.  Perhaps it's a failure of imagination or nerve, but I simply cannot conceive of a world where our existence simply ends at death.  In this, I'm totally with Paul. He can't imagine anything sadder than someone who lives and hopes in Jesus only for one lifetime.  For one thing, what Jesus said and did derived from his own belief in life after death, so to just regard him as a good teacher or moral model is to do a kind of violence to him.

But there's also this: if this life is all there is, then why bother being a Christian at all?  Why believe in a miracle-working, vision-having, voice-hearing riser-from-the-dead who himself believed in all sorts of unbelievable stuff, if you're going to believe it will all end when your last synapse fires?  What, all of a sudden you're going to become reasonable when you're dead?

The horizon is so short, the opportunities so limited. Why would you limit your imagination, your plans, your longing to just…this?  Why wouldn't you find a more down-to-earth, data-driven leader to follow?

If, on the other hand, you like a God whose mystery is bigger than your comprehension, whose powers can achieve what you can't even imagine, then why in the world wouldn't you trust that the magic—and you—will continue forever?

Perhaps this is all you can offer me, God, and if that's true I guess I'll take it.  But I sure hope we'll get to hang out for a lot longer.  Amen.

About the Author
Quinn G. Caldwell is the Pastor of Plymouth Congregational Church, Syracuse, New York.  His most recent book is a series of daily reflections for Advent and Christmas called All I Really Want: Readings for a Modern Christmas. Learn more about it and find him on Facebook at Quinn G. Caldwell.