A Wild and Interesting God 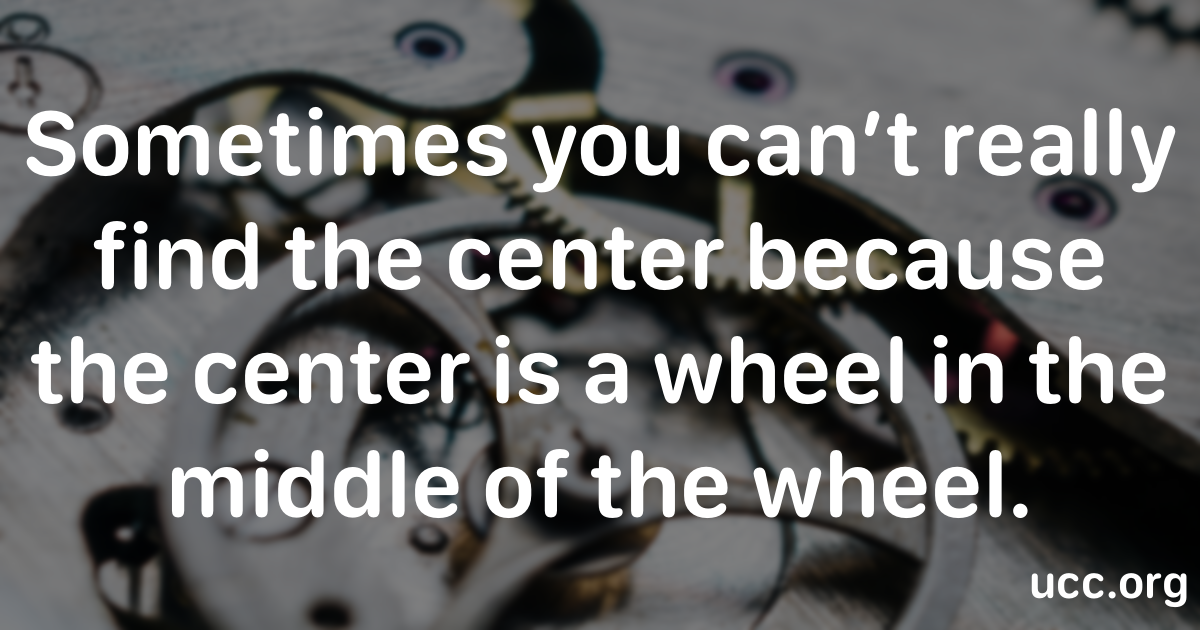 "…and their appearance and their work was as it were a wheel in the middle of a wheel." - Ezekiel 1: 16

"Mama said there'd be days like this, there'd be days like this, Mama said."  That song tells a lot of truth.  The writer of Ezekiel got it.  Sometimes you can't really find the center because the center is a wheel in the middle of the wheel, which is in the middle of a wheel.  Core is lost.  Corazon is lost.  Centering is something someone said once at a spiritual retreat, which sounded like a really good idea.

Something good would happen if we humans could get over ourselves in this Anthropocene order.  We don't always have the right diagnosis – and that is not just a medical statement.  We could love what we don't know as much as we love what we do know.  We could anticipate days of disharmony and unfinishedness and unlikeliness with curiosity.

Ezekiel's imagination birthed a wild and interesting God, one hidden within the wheel.  I am so glad that there is a wheel in the middle of the wheel and that I will never, never understand it.

Holy One, you are one heaven of a mystery. Keep on keeping on.

About the Author
Donna Schaper is Senior Minister at Judson Memorial Church in New York City. Her most recent book is I Heart Frances: Letters to the Pope from an Unlikely Admirer.